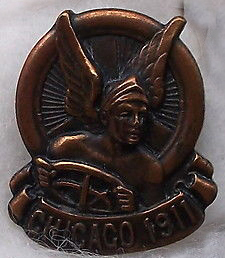 Chicago’s annual automobile show—the one recognized national motor exposition opened yesterday before a throng which taxed the capacity of both the Coliseum and First Regiment Armory and hundreds of private exhibition rooms in stores and hotels.

Not fewer than a half dozen automobile concerns are showing their cars in the lobby of the Hotel La Salle, while the Michigan avenue hotels have made room for as many exhibitors as space will permit.

Dealers with ample floor space at their regular sales quarters are holding private shows In their own buildings, and everywhere one goes the chief topic is the automobile and its accessories.

To-day the automobile show will not be open, and, the time will be utilized by the exhibitors rearranging their displays and getting ready for the coming week, during which the pleasure cars and accessories will be exploited.

Truck Show Week Away.
One week from to-day all the pleasure ears will be removed, and on the following day will be inaugurated the first annual exhibition of commercial trucks and delivery wagons. During the same week the electric pleasure ears and motorcycles will be exhibited, aud a question exists in the minds of the experts as to which week is the most importnnt.

Throughout both weeks of the exposition the accessory manufacturers nnd dealers will have ample opportunity to display the latest novelties, and this phase of the show is of the greatest importance to ail concerned.

In early years’ of the industry.many spectators devoted little attention to the exhibits of tires, lamps, speedometers, springs and the thousand and one sundries of the motoring business and sport, but with jrreater knowledge of their needs motorists have learned to give closer attention to the details which add to comfort, speed and endurance.

Last evening the exhibitors of sundries and accessories were kept busy explaining their latest productions m rubber, metal and leather, and indications point to a most satisfactory show on the part of the accessory exhibitors.

To describe the various automobiles dis- played In the two great buildings would be impossible m a single article, but during the week many of the most interesting cars will be outlined In these columns. 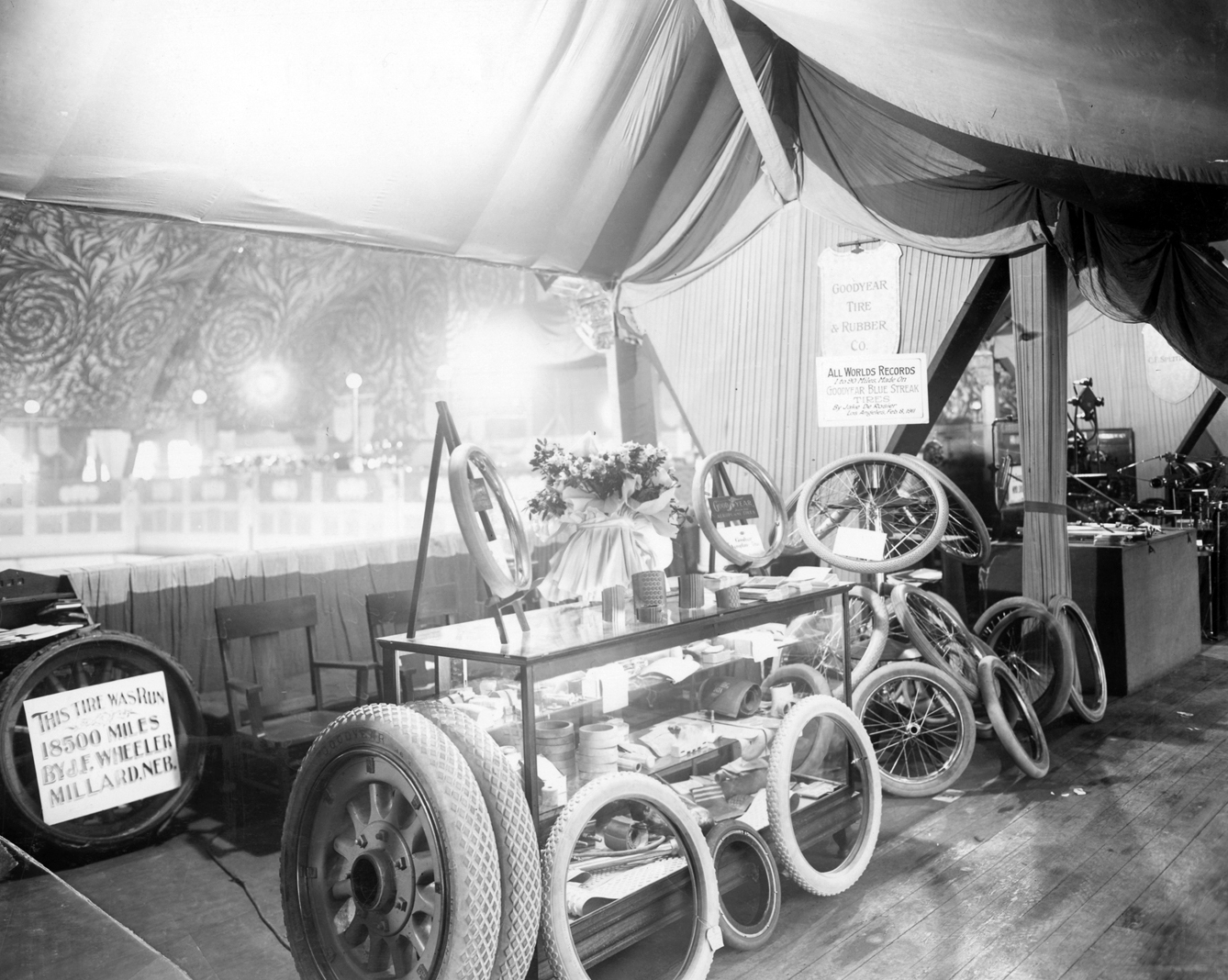 Tendency Is Toward Comfort.
The tendency is toward a greater degree of comfort, both m the open cars for Summer use and in the closed bodies for the Winter months. Limousines, coupes, landaulettes, town cars— all have become more popular as motorists have learned to keep their cars m commission throughout the Winter, and manufacturers have devoetd much time to the production of cars which embrace the acme of luxury of appointment as well as physical comfort.

The new fore-door idea seems to have taken possession of a majority of the designers, and there is much to be said in its favor. It was the last word in making the front seat more comfortable for both the driver and the passenger.

Torpedo bodies have been materlallx modified since their Introduction last year. Many of the designers have evolved unique ideas, which give a greater variety of body construction than was the case last year, when the builders manifested very little individuality in their exploited notions.

New Epoch in Designs.
Visitors this week will find more surprises than was expected, in so far as diversity of body design, color scheme, interior appointment and general results are concerned. In fact, it appears that a new epoch has been inaugurated, indicating a future development which will eliminate many of the awkward-appearing ears which have enjoyed but a brief period of popularity.

That the American motorist now is an educated individual was made manifest last evening from the intelligent manner iv which the various cars were analyzed by the spectator, and by the character of the questions asked. Formerly the automobile show brought together thousands of people who marveled, but marveled in a manner which indicated small knowledge of the subject. Now. however, the wise exhibitor no longer sends an office boy to explain, but places the most etficicnt salesmen m charge of the exhibits, for the prospective automobile buyer of to-day is looking for a car which embodies the greatest percentage of his own mechanical theories

Show Big Sales Producer.
From a business point of view the Chicago automobile show invariably has produced more genuine sales tnan any other motor show in the country, and indications point to a repetition of this condition for this car. A number of sales were reported last evening, the buyer m many instances being almost certain of his selection before entering the show. He had a question or two to ask, and upon being assured of his position placed his order
without delay. 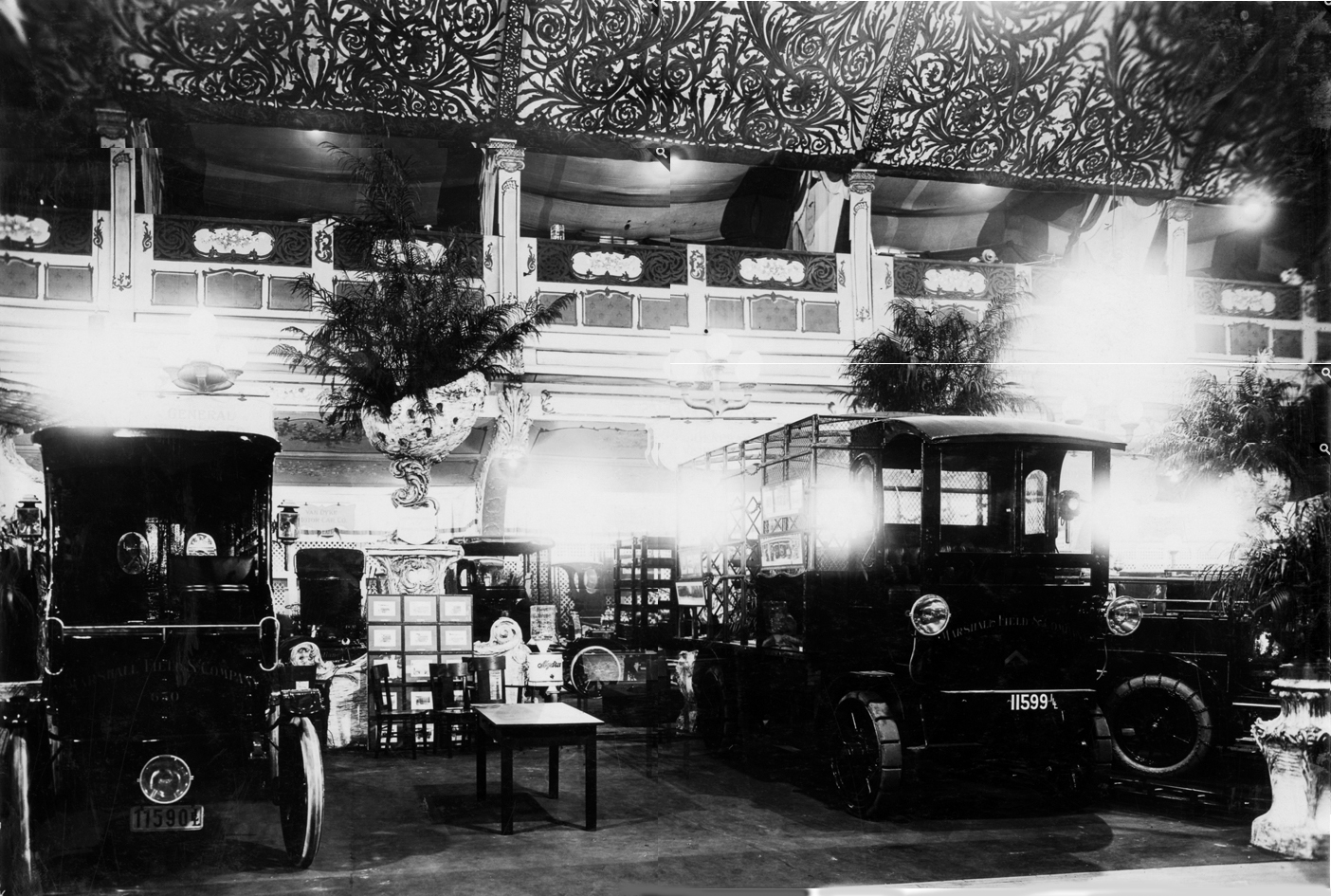 The interest in private displays is pronounced. and visitora unable to find certain cars at the show are not satisfied until they find somebody who can tell them the location of the especial car desired. Hundreds wandered through the automobile colony last evening, and many came back downtown when tbey discovered that exhibitions were being given in various hotel lobbies.

In tbe cafes little was discussed but the automobile, and motoring in its various phases apparently will hold the center of the stage for the next fortnight. 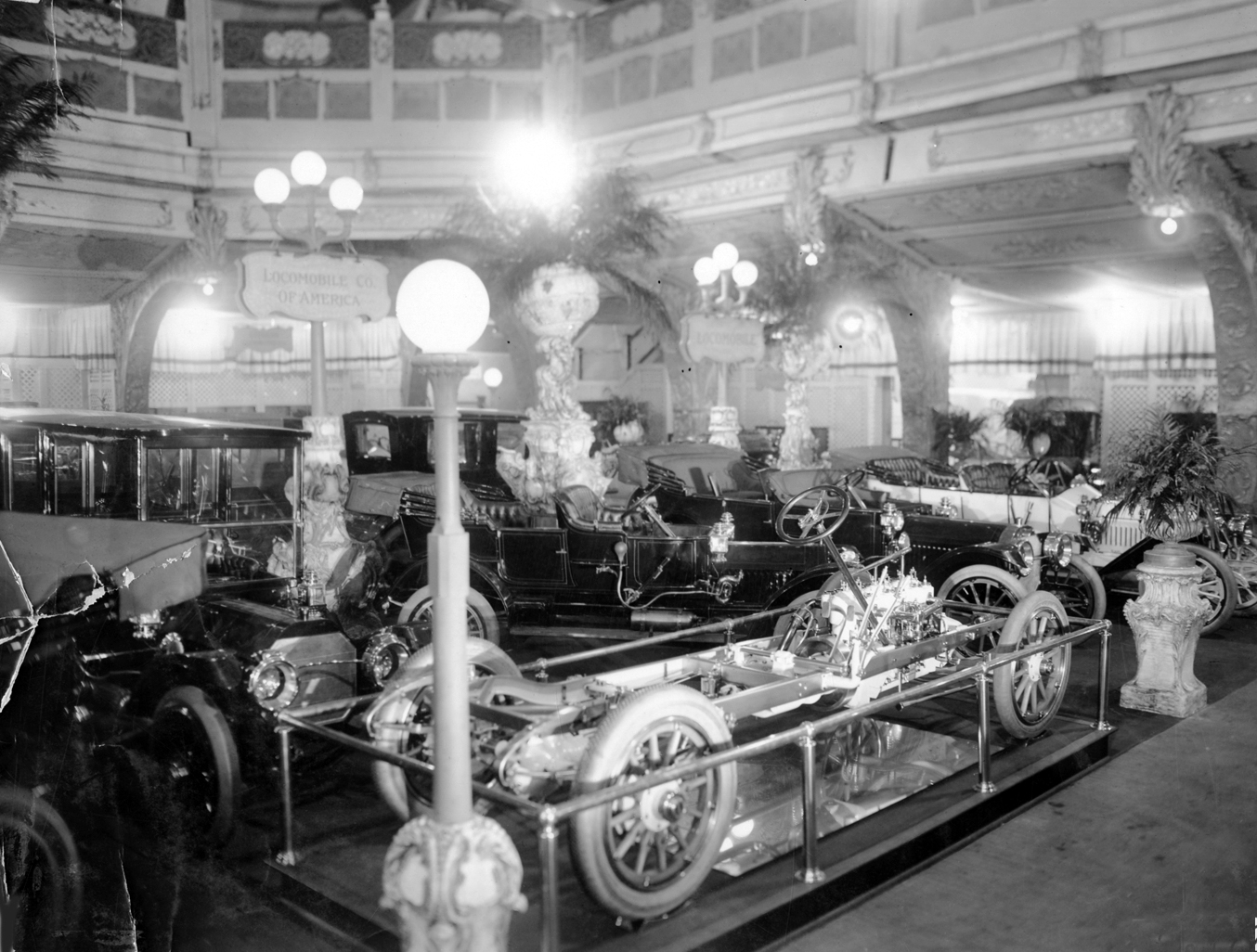 Locomobile Co. of America exhibit during the 1911 Chicago Auto Show 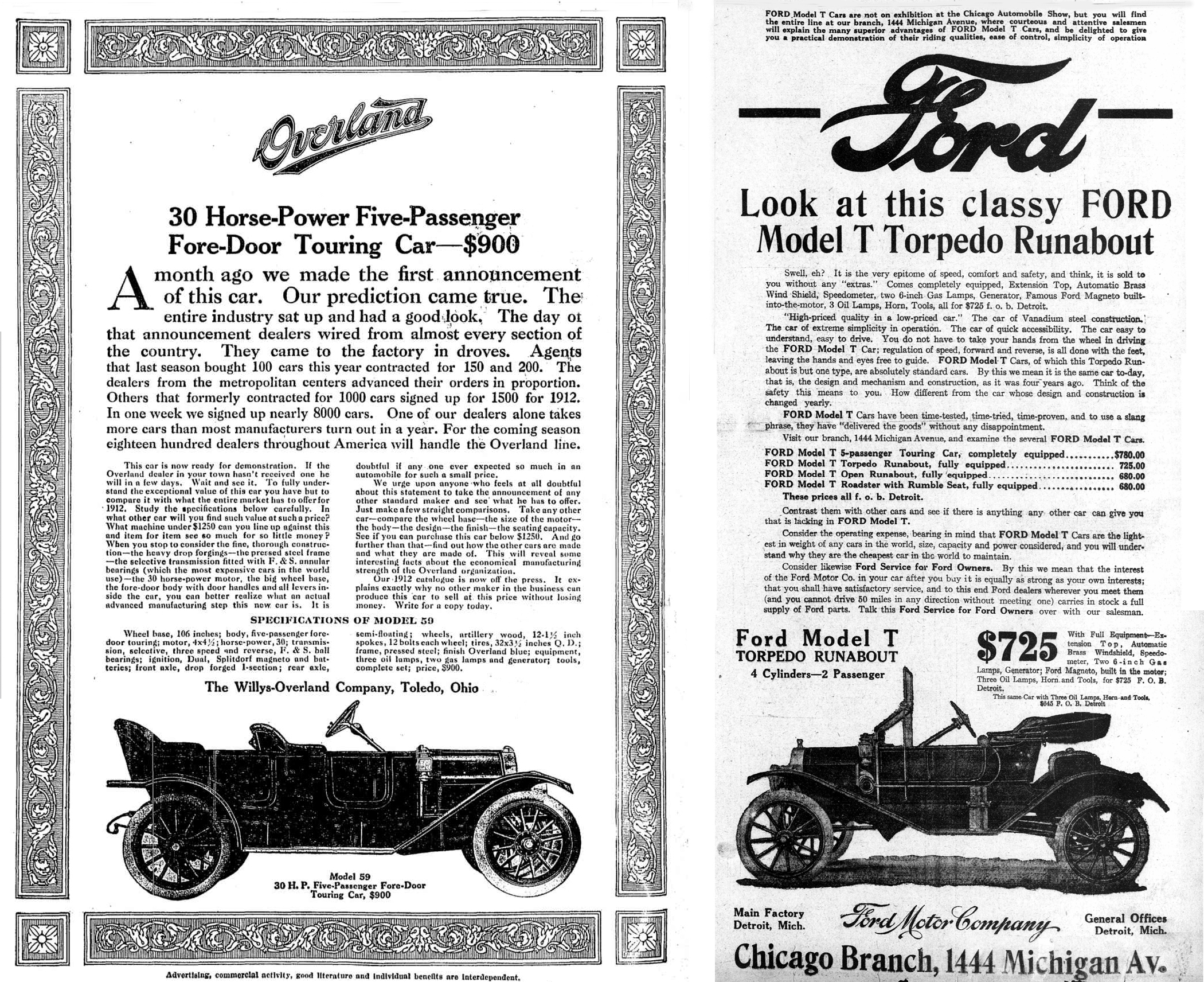 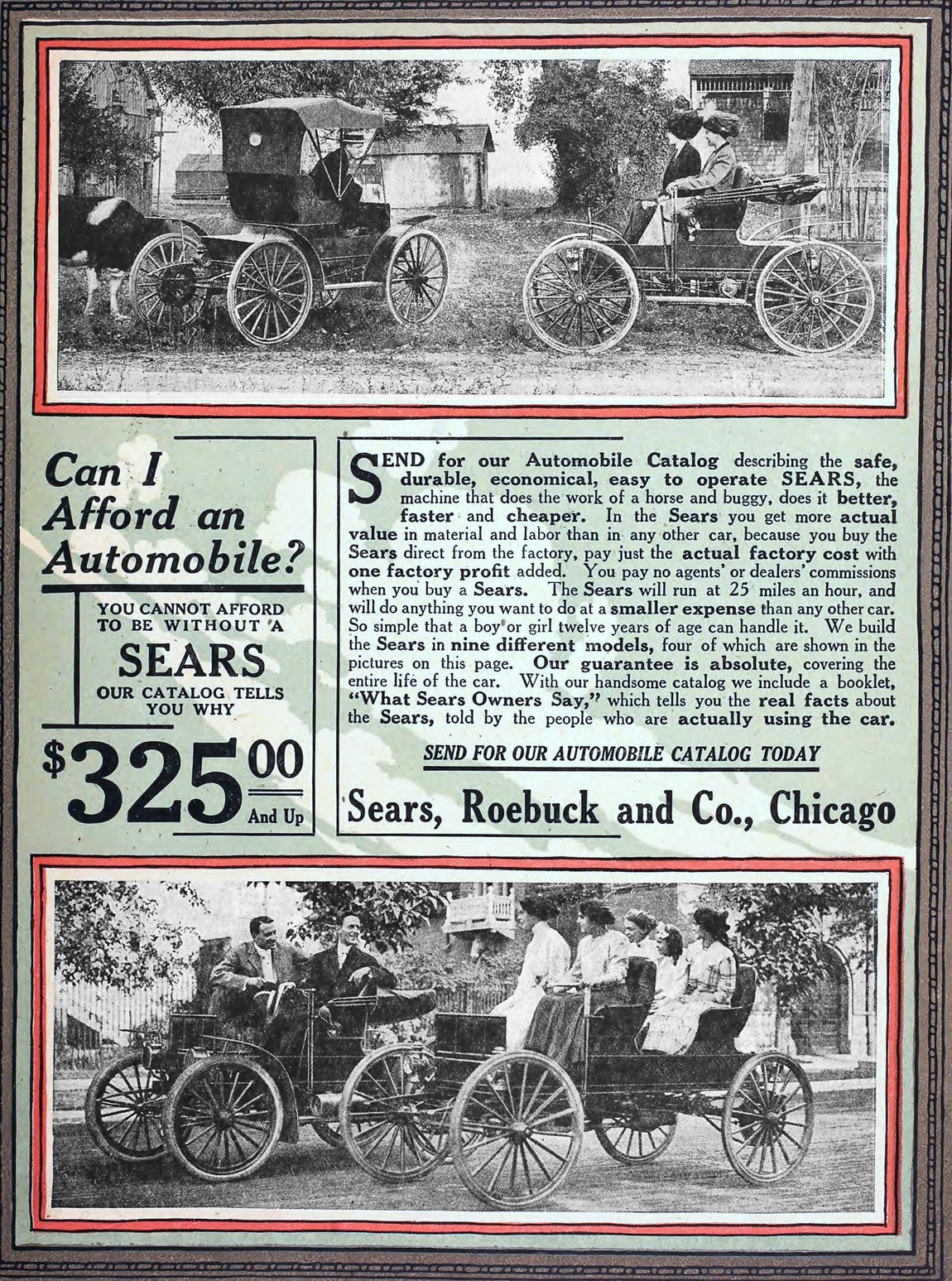 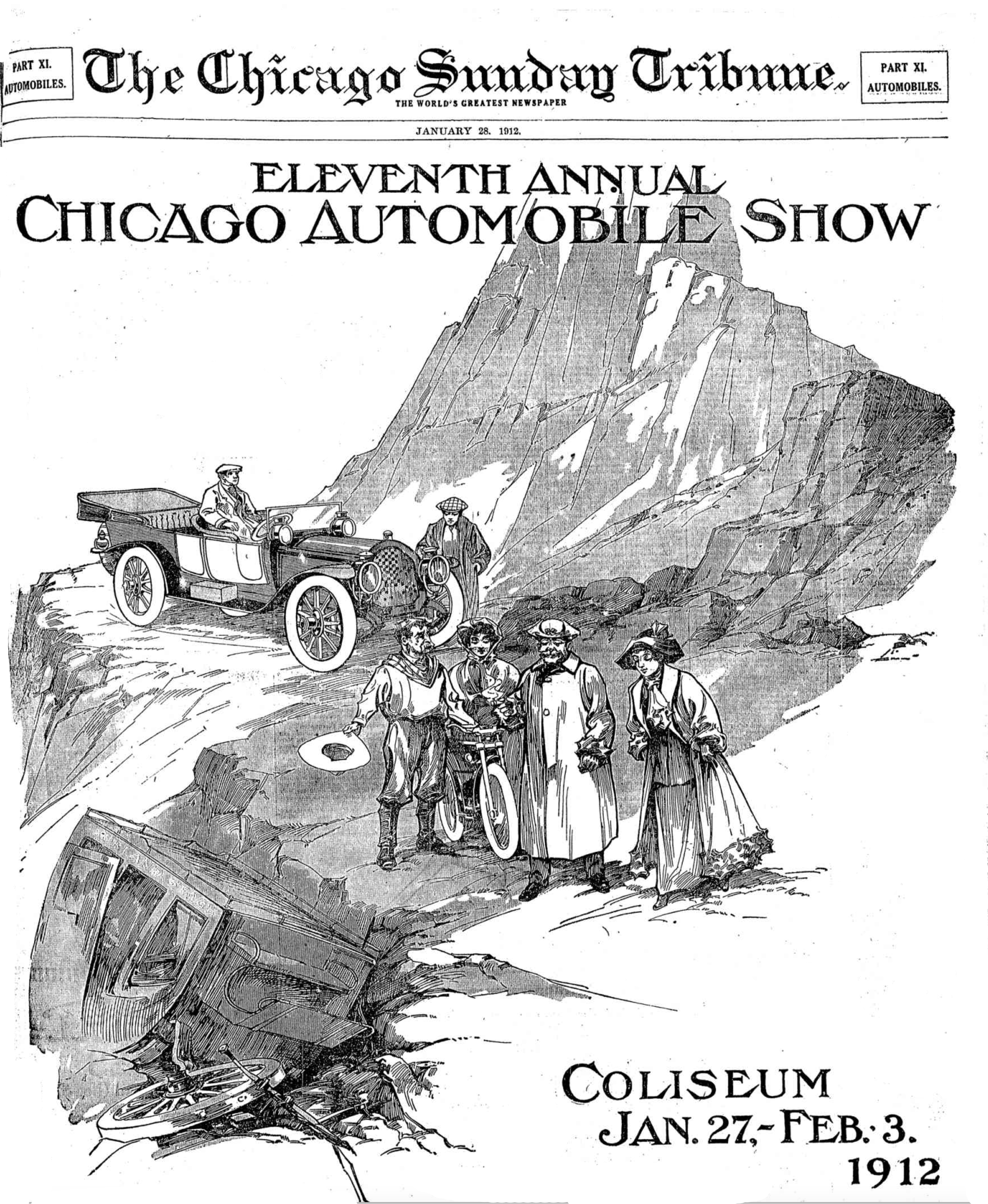