Lakeside Monthly, 1869-1874—This publication succeeded the Western Monthly in January, 1871, and under the editorship of F. F. Brown, it succeeded in gaining much prominence, but the financial depression of the time was too great to overcome and the enterprise was forced to suspend early in 1874.

The Western Monthly.
Chicago ought to be proud of its rapid progress toward the position of a great publishing center; as indicated by many productions, the most significant of which perhaps is the Western Monthly, a magazine which compares favorably in character and appearance with the Atlantic of literary Boston. The enterprising publishers deserve the fullest support trom our citizens, and we are glad to see that their success has prompted them to an enlargement for the future numbers. The price will very properly be increased to $4,00. The September number has an interesting table of contents, with an especally readable “Editor’s chit-chat.” 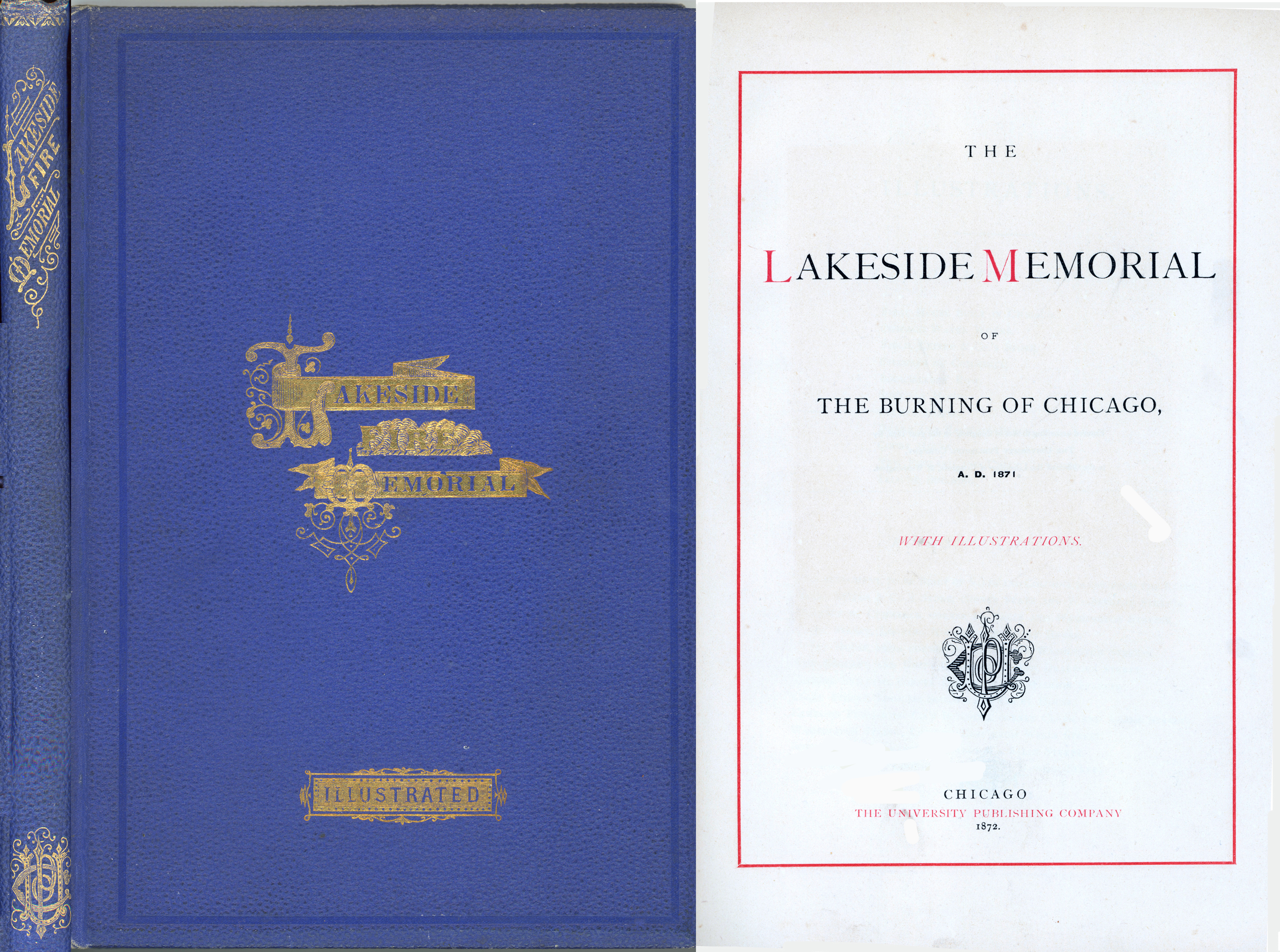 Subscribers to the Lakeside Monthly for 1872 will receive the Memorial Fire Number, beautifully illustrated, prepared by fifteen of the best writers of Chicago, and giving what is acknowledged to be the best, most readable account of Chicago and her burning that has been presented to the public.

The Lakeside Memorial soon to be issued will have 12 beautiful specimens of Lovejoy & Foster’s cabinet views of the ruins.

Our Book Table.
The Lakeside Fire Memorial.—We have noticed before this elegant and valuable contribution to history and literature which Chicago has the honor of producing. It consists of the Fire Number of our Lakeside Magazine, with some additional matter, and twelve fine full-page photographic views, besides beautiful wood-cuts of Chicago before the fire. It is beautifully bound and printed, and is the first “red-line” edition ever produced in this city. All the work was done at home. It contains what has often been admitted to be the best history and description of the Great Fire yet produced. Fifteen of our well-known writers have produced as many portions of the work, and altogether it proves a “memorial” not only reliable and full, but unusually attractive. Its value will increase every year, because the story of our Conflagration, old as it may become, will be ever new in interest. The elegant work is sold at $5.