Biographical Sketches of the Leading Men in Chicago, Photographically Illustrated by John Carbutt, 1868, Pages 207-209 (No photograph) 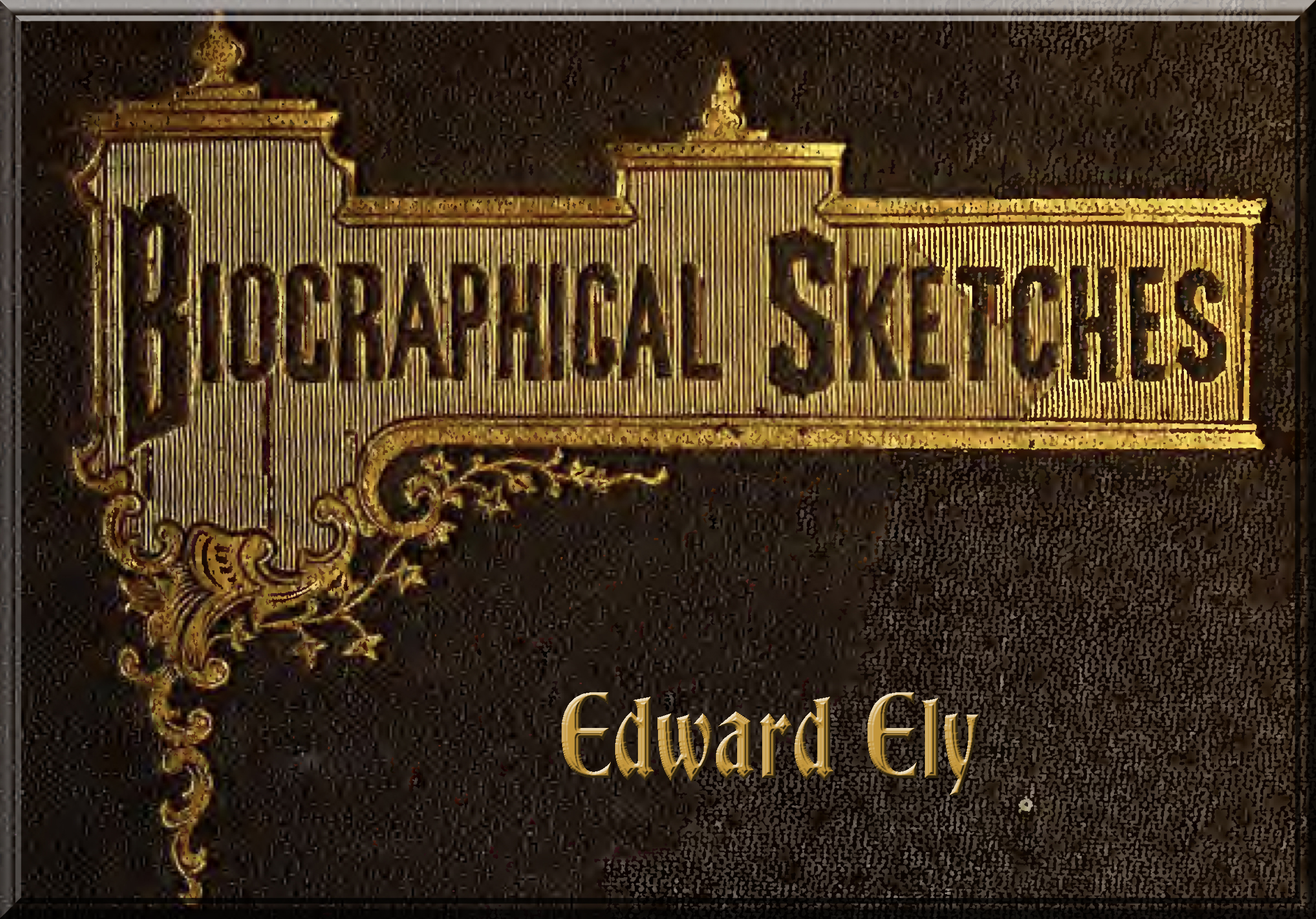 Of the many thousands who have sought out Chicago as the place in which to employ their energies, unknown to fame, unpreceded by friends who could give a helping hand, with little except a stout heart, clear intellect and resolute will to serve as monitor and guide, there are few at the present time occupying a more conspicuous position in their chosen sphere of action than Edward Ely. Arriving in Chicago some fifteen years since, with no other immediate prospect than that of being able to earn for himself a decent maintenance, he soon took his place side by side with those from whom he had at first solicited employment. He is now known all over the Northwest as tlie proprietor of an establishment which is pre-eminently the fashionable clothing-mart of the city, and competes with New York in leading the fashions and gracing the exteriors of the principal men of a large section centered by the city in which he is located. From a small beginning, he has, by the mere force of a strong will, joined to thorough integrity of character, and an unusual degree of talent, achieved a proud position in his profession. There is no one in the city whose career might be better quoted as an encouragement to those about to launch out on the perilous and uncertain voyage of life to illustrate the triumphs of industry, integrity, enterprise and fidelity.

Mr. Ely was born on the 2d of March, 1830, in Huntington, Connecticut. He is the son of Elisha and Eloisa Ely, both of whom enjoyed, in the highest degree, the esteem of their fellow-citizens for the same qualities which have since distinguished the subject of this sketch. Both his grandfathers were ministers, and the one on the paternal side. Reverend David Ely, D. D., presided, for fifty-three years, over the Presbyterian Church in his native town, being it.s only pastor during that period. His eloquent and impressive discourses are remembered over all the district of which he had charge, as also throughout the entire State. He fitted a large number of young men for college, among whom were his three sons—all of whom graduated at Yale College. The family of which Mr. Ely is a member consisted of seven brothers and two sisters, of whom three brothers and one sister are now dead. One of the brothers is in California, and two are engaged in the establishment of Mr. Ely, on Washington street. The surviving sister is the wife of Hev. R. D. Gardner, of Sharon, Connecticut. 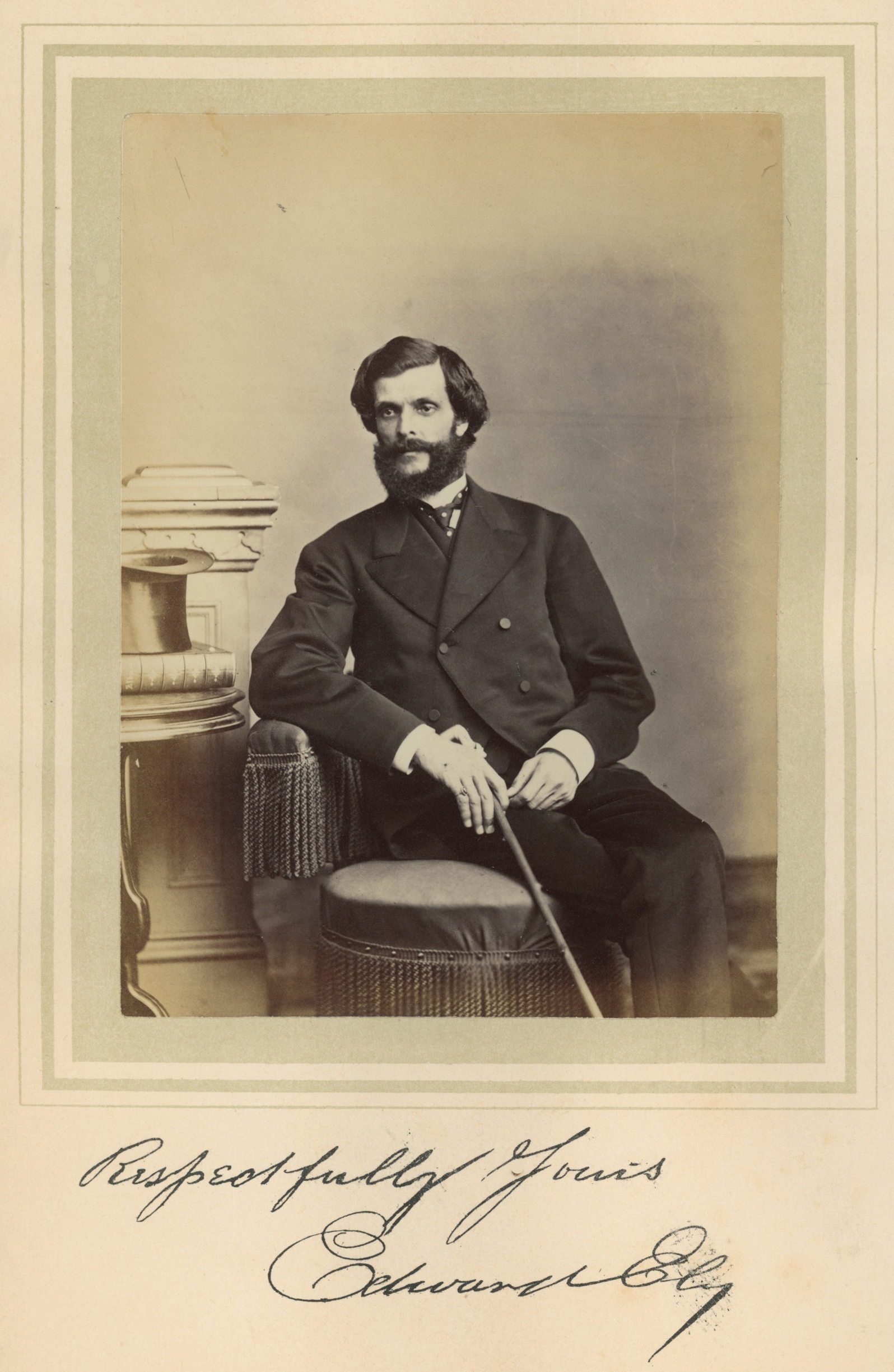 At the age of sixteen years and three months, leaving school, Mr. Ely left home, going to Birmingham, Connecticut, to fit himself for active business. He had not, at that time, the remotest idea of becoming a tailor, but certain peculiar circumstances led him to investigate, and he found himself possessed of talent which promised to be very useful in that vocation. He made an engagement in Birmingham, and his assiduity and skill were such that he became an almost invaluable aid, long before the apprentice is ordinarily expected to develop into the workman. He served four years there, and the fifth, or graduating year, was passed in one of the best houses in New Haven, Connecticut. He here made himself thorough master of all the details of his art.

During the summer of 1852, Mr. Ely bethought him to take a tour westward, in order to find for himself a permanent home. He left his old associates in October of that year, bearing with him ther most hearty wishes for his future success in his new home. The pilgrim did not know, at setting out, whither he would go, but, after about one month’s prospecting and traveling, he found himself in Chicago, and it took him but a short time to decide that he had found the spot he had so long sought. He resolved to make it his home, and to employ there whatever of talent and energy he possessed in founding his future fortunes. He passed the first few months in the employ of Mr. J. F. Temple, and then, in April, 1853, he became his own master. He rented a place in the old wooden tenement known as Dickey’s building, opposite the Tremont, on Dearborn street, on the site of the elegant structure which now bears the same name. His store was about fifteen by eighteen feet, and for that he paid an annual rental of two hundred and fifty dollars. He remained there nearly two years, when he removed to a fine store under the Tremont House, where, for nearly ten years, he prosecuted his calling in the most indefatigable manner, earning for himself, throughout the West, an enviable reputation for artistic skill and business integrity. His patronage continued to increase to such an extent that he was at last compelled to seek more commodious quarters, and fitted up the magnificent establishment on the northwest corner of Dearborn and Washington streets. This was thrown open to his patrons on the evening of November 4, 1864, when about fifteen hundred of his friends assembled to congratulate him and give him their assurances of best wishes for his future success. This event was far from proving the climax of his fortunes. Day by day, and year by year, since then, his business has continued to increase, and bids fair to do so in even a greater ratio, in the future. The removal already referred to was an epoch in his history, and marked one in that of Chicago. He has employed, for some time, about sixty men, and paid an annual rental of six thousand dollars for business purposes, where fourteen years since he employed but three men, and hired a room at about twenty dollars per month. On the 1st of October last he removed to Nos. 3 and 4 Washington street.

Mr. Ely was married, August 17, 1854, to Miss E. A. Bowditch, daughter of J. B. and Esther A. Bowditch, of New Haven, Connecticut. One daughter, the sole result of the union, was born October 18, 1855. Mrs. Ely departed this life October 4, 1861, at the residence of her father, and her remains were brought to Chicago and interred in the family vault at Graceland Cemetery. On the 20th of April, 1863, he was again married to Miss E. M. Curtiss, daughter of Harvey and Clarissa Curtiss, of Milwaukee, Wisconsin, with whom he is now living happily. Chicago honors such citizens. They are, in fact, the very pith and marrow of her material prosperity. Our city constantly proclaims through them to the world that “the rank is but the guinea stamp,” and that the man is the man in all circumstances throughout the world.