IT WAS A DAY when the White Sox split a double-beader, the Kansas City Royals spilt a gut, and Bill Veeck split a lip.

All of which means that it was unusual business as usual Sunday in Comiskey Park, where the largest crowd in four years—50,412—came to cheer, sneer, jeer, and drink beer. A good time was not had by all.

after the White Sox scored once in the ninth inning and thrice in the 10th to captured the incongruous opener 5-4, one would have thought that the law of averages, the fates, or somebody uo there would call a moratorium on supernatural events at 35th and Shields.

And for much of the second game, eventually won 8-4 by the Royals, it was calm. So calm that one would have been g=crazy to predict that Ralph Garr almost would fight an opposing coach. Or that there would be a near beanball war. Or that a one-legged team owner would enter a fight in the stands. Or that a member of the Royals—who still trail the White Sox by 5½ games—would have the audacity to call the South Side Hit Me “bush…a disgrace to baseball…a bunch of clowns.”

Well. it was the top of the seventh inning, and Garr was jogging to his position in left field. He had enjoyed a good first game—winning it with an RBI single in the 10th after Chet Lemon had tied it 4-4 with his second homer of the day, a two-run bomb.

“Just as I’m running by him, their third base coach (Chuck Hiller) called me an —hole,” fumed Garr. “He’d been going at me all day, and I finally had it. I’m going to get a piece of that guy one day.”

Garr twice had to be restrained from getting Heller, who admitted afterward, “I was just jawing with Ralph a little bit…we’ve been agitating each other for years…and I probably should have just kept quiet.”

Peace, tranquility, and goodwill were restored for about 2½ minutes until Hal MacRae pumped losing pitcher Chris Knapp’s two-out offering to left field for a home run and a 5-2 Kansas City lead.

The summer of 1977 was a glorious time to live in Chicago.

Anything seemed possible. Everyone seemed happy.

The Cubs and White Sox were both in first place in their respective divisions, and the dream of an all-city World Series was real.

Of course, it wasn’t.

“We thought it might’ve been our year,” said White Sox starter Steve Stone, currently a team broadcaster. “At least the way it started out.”

Giants broadcaster Mike Krukow, a rookie pitcher on the ’77 Cubs, called it “a magical time” to be a baseball fan in Chicago.

“We fell short, and you sensed the disappointment,” Krukow said. “But you also won their hearts, and you felt that, too.”

The ’77 Sox were counting on slugger Richie Zisk, whom they acquired from the Pirates in December for promising young pitchers Rich Gossage and Terry Forster, to carry the offense before leaving as a free agent.

They also acquired Oscar Gamble and his giant Afro from the Yankees in April in the Bucky Dent deal, and Eric Soderholm, a Twins third baseman who had missed all of the ’76 season with a knee injury.

The Sox were coming off a 64-win season, worst in the American League, and Tribune beat writer Richard Dozer predicted a .500 finish.

“They probably will finish fifth unless Bill Veeck, their hard working president, can do something to give them a presentable outfield,” Dozer wrote. “Richie Zisk is the major hope for recovery of fan interest in Chicago, and Veeck is banking heavily on a fast start to bankroll an even better club in 1978. He needs a good year to stay in business.”

The Sox were so strapped for cash the returning players wore the same uniforms they had worn in ’76. The games were broadcast on Ch. 44, a UHF station with poor production values that few watched outside of Sox games.

But the South Side Hit Men kept winning, and fans began tuning in.

“The ’77 season was really entertaining because we could really hit,” Stone said. “I think we got shut out for the first time against Anaheim in one of those early games. Ralph Garr started off the game with a triple and he was stranded at third. We never got close to scoring. But when you go into September without getting shut out again, you have yourself an offensive powerhouse.

“Bill Veeck, realizing he was a little short on cash, had to make some trades. He brought in Richie Zisk, he brought in Oscar Gamble. They hit the ball out of the park consistently. But Bill Veeck, to the day he died, said if he had a bit more money he would’ve gotten a shortstop to replace Alan Bannister, who hit very well but had a bad shoulder. He couldn’t get the ball from shortstop to home and made 40 errors that year.

“Unfortunately Kansas City caught the White Sox in the middle of August.”

The key showdown occurred in late July at old Comiskey Park. The Sox took the first three games, including the first game of a doubleheader on a Sunday in which they scored three in the 10th, winning 5-4 on Garr’s RBI single.

A crowd of 50,412 went crazy. At one point, Veeck left the press box to try to stop a brawl in the stands, winding up with a bloody lip.

The Sox could have taken a 7 1/2-game lead over the Royals with a victory in the nightcap, but the Royals won 8-4, then ripped the Sox for taking curtain calls after home runs, a new phenomenon at the time.

“The White Sox look like fools doing that,” Royals outfielder Hal McRae said afterward, defending his decision to jog slowly around the bases after a home run and doff his cap. “The White Sox say what? That their fans made them do it? That’s crap. The fans are just a bunch of front-runners.”

“I felt like we had our foot on the throats of Kansas City,” he said. “We could have taken the lead to 7 1/2 games, but lost the second game. Then Kansas City got on a great run and never looked back.” 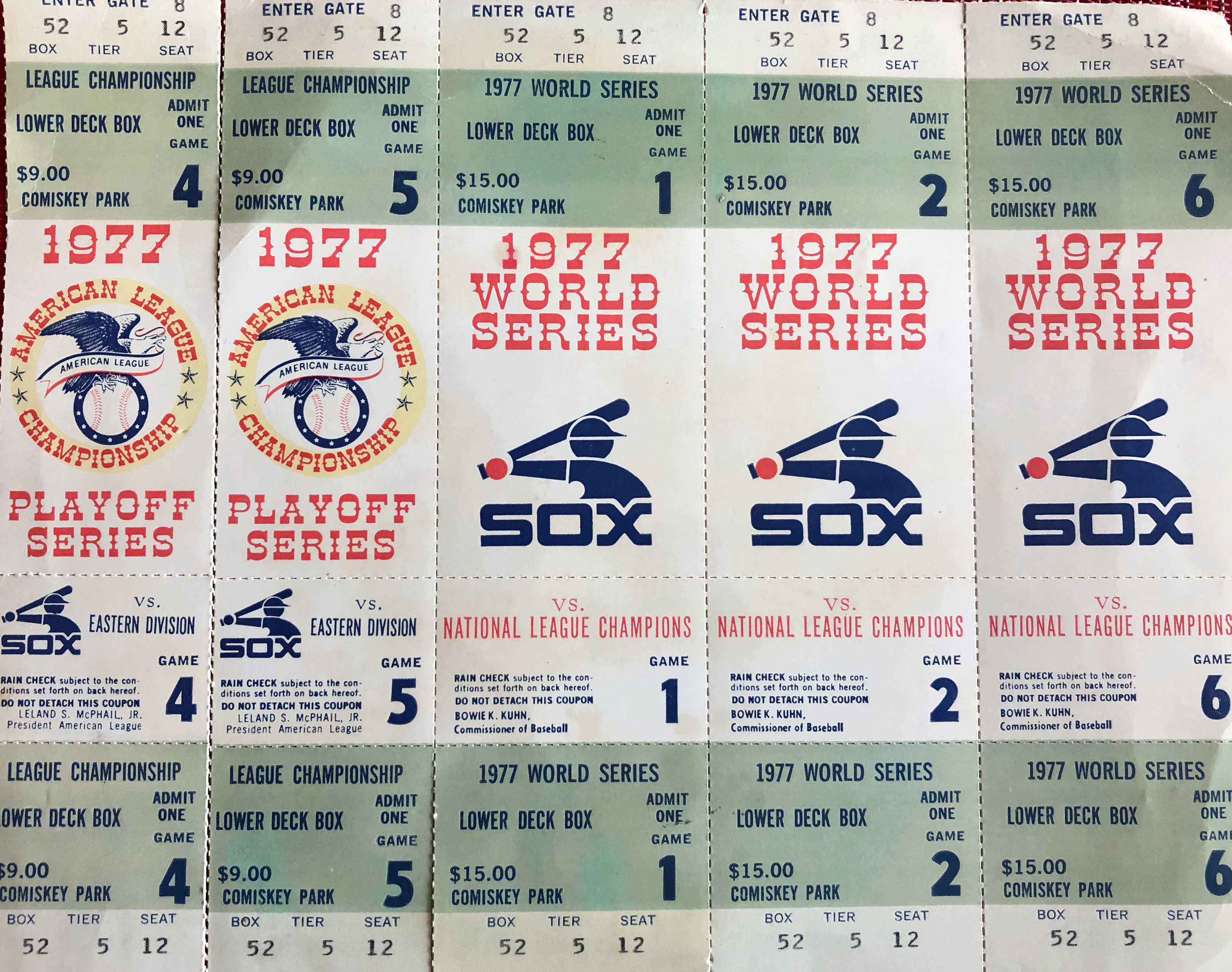