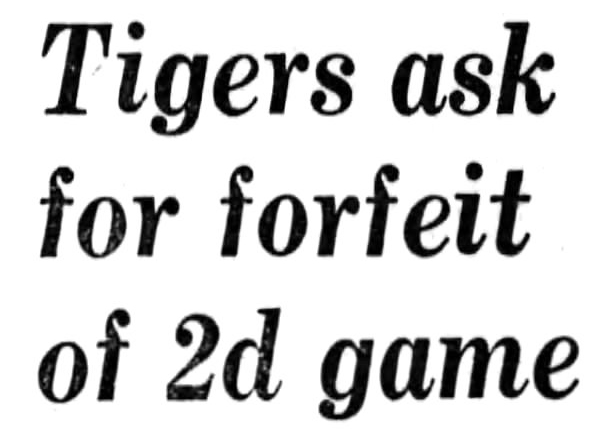 BILL VEECK and younger minds who crank out White Sox promotional ideas had one run afoul of the great musical conflict in Comiskey Park Thursday night.

And, as a result, there is a strong possibility that the innocent Sox players will fall victim to the major leagues’ first forfeit in five years.

Several thousand spectators, in the park because of an anti-disco music promotion that gave them admission for 98 cents, took over the field between games of a scheduled double-header. Ninety minutes, 39 arrests for disorderly conduct and a half-dozen injuries later, the game between the Sox and Detroit Tigers was called off.

Fans who brought disco albums were seated for 98 cents in Comiskey Park Thursday. But after the first game, many anti-disco enthusiasts left their seats–with disorganized results.

It was Disco Demolition Night, a gimmick devised by a Chicago disc jockey named Steve Dahl. Soon after the Sex had demolished themselves with early mistakes to lose what was proposed as the first game 4-1, the rock fans took over.

THERE WAS a ritual burning of disco records in center field; a blond poster girl known only as Lorelei was the goddess of the fire.

Then, with the second game only 15 minutes away from its scheduled start, fans began spilling out onto the field. It soon was a scene reminiscent of pennant clinchings in Yankee Stadium, where thousands swarm the field to take home a souvenir of turf to throw in their garbage cans.

Troubles had begun before the actual demonstration. Kids were climbing the gates to get in before the game started. “We were trying to hold the main gate closed, but the kids forced it open. The ushers got beat up. We just couldn’t control them.” said one guard.

It was immediately apparent that the second game would be delayed, if it started at all. Security men, busy elsewhere in the park, had no chance to stem the tide. Helmeted police didn’t get to the field until a full half-hour later.

When the question immediately arose: was it a mere postponement, to be made up as part of a Sunday double-header, as Veeck envisions?

Or it be a flat forfeit?

The decision will be made sometime Friday by Lee MacPhail, American League president, who told The Tribune that he can’t rule until he hears from Sparky Anderson, the Detroit manager (who won t forget his first game in Comiskey Park). 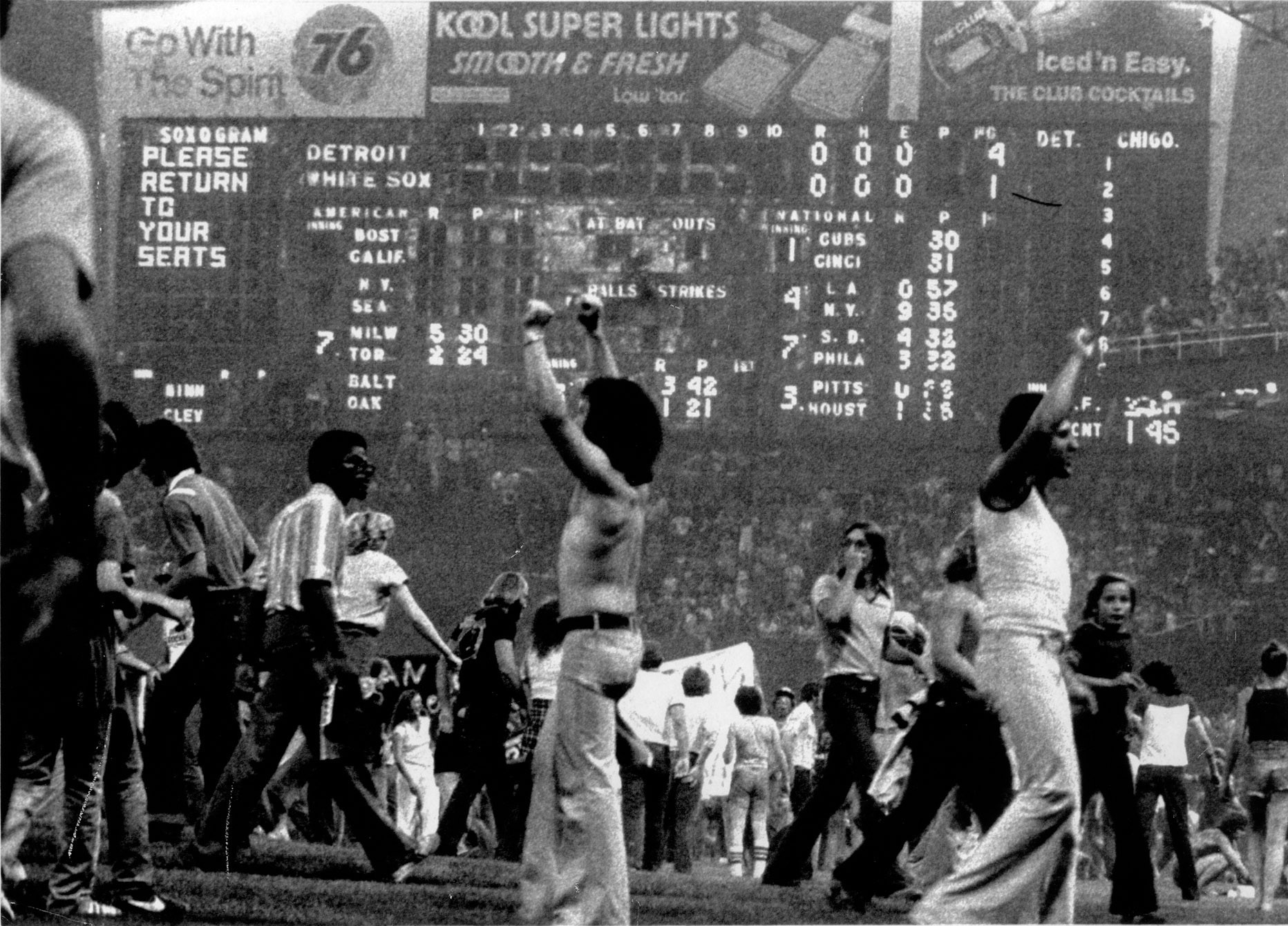 When rock radio station disc jockey Steve Dahl blew up disco records between games, the excitement was just beginning, not ending, as it had been planned. The demolition was the signal for the fans to descend on the field, and it would take dozens of policemen with nightsticks to restore order. Even so, the second game could not be played.

THE UMPIRES, headed by crew chid Dave Phillips, conferred by phone at length with MacPhail. So did Nestor Chylak, assistant umpire supervisor, who happened to be in the city on one of his routine stops at American League parks.

“I was only concerned that he made the proper decision in calling off the second game,” MacPhail said. “Right now, it stands simply as a rained-out game to be made up later.

I haven’t heard yet from Mr. Anderson,” MacPhail went on. “If he petitions for a forfeit, I’ll have to take another look at it tomorrow (Friday] ”

He won’t have to hold his breath.

“THERE WILL be no double-header in Chicago Sunday, I know that,” said Anderson. “In the first place, you can t play a double-header after a night game. The Players’ Association has a rule against it.

“But the only thing that can force a postponement is an act of God. This was no act of God. We are asking for a forfeit on two grounds: the field was unplayable, and the time between games was far longer than the half hour which was agreed upon.

“The field is the responsibility of the home team. it s a clear-cut issue. I know it’s not Don Kessinger’s fault. But it s no different than a guy slipping on a banana peel in front of your house. You’re at fault.”

THE STATION behind the whole thing was WLUP, FM 98. But it was a Teen Night anyway, and even those without records to destroy got in for half price.

The official crowd was 49,000 “and some change,” said Dave Shaffer, director of park operations, who had as busy a night as the security forces and chief groundskeeper Gene Bossard.

John L. Sullivan, the former chief of police operations at Comiskey Park, said he had never seen such an uprising in the 31 years he has been attending Sox games.

Apparently. however, there was one such incident before Sullivan’s time. On April 26, 1925, Cleveland beat the Sox 7-2 in a game shortened to seven-because, the history books say, “the fans stormed the field.”

AFTERMATH
Lee MacPhail, American League president announced on Friday, July 13, the second game of a twi-night double-header, was forfeited, because of inadequate crowd control and damage to the playing field.