Back in the 1920’s during the golden era of sport, a young man from Chicago’s back-of.the-yards donned a distinctive blue and gold uniform and started finding seats for spectators at sports events. Yesterday he died in the Mayo clinic in Rochester, Minn.. but long before his death Andy Frain had made his name synonymous with ushering as the master manipulator of crowds.

Chicago was the Frain home base, the city where he first brought order out of chaos at baseball games and every other sporting event which drew large crowds. But the Frain technique of crowd control extended his enterprise at one time to 25 other major cities and into the arena of national political conventions. His ability to handle the issuance of tickets to hordes of politicians at the 1960 Republican con- vention in Chicago established Andy as

without peer in this area of nervous sensibilities.

To the public Andy Frain will always be the dapper young usher who makes sure that the spectator gets to the correct seat in a large arena. To many other Chicagoans – lawyers and doctors, judges and priests, politicians and newspaper men -who once wore the uniform of old Frain U. Andy will be remembered as the kid who never finished grammar school but made it possible for them to go to college.

With the thousands of friends that Andy had, they ll be needing the ushers at his wake. 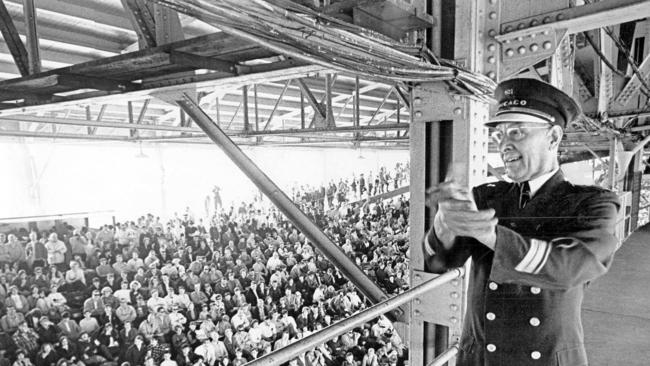