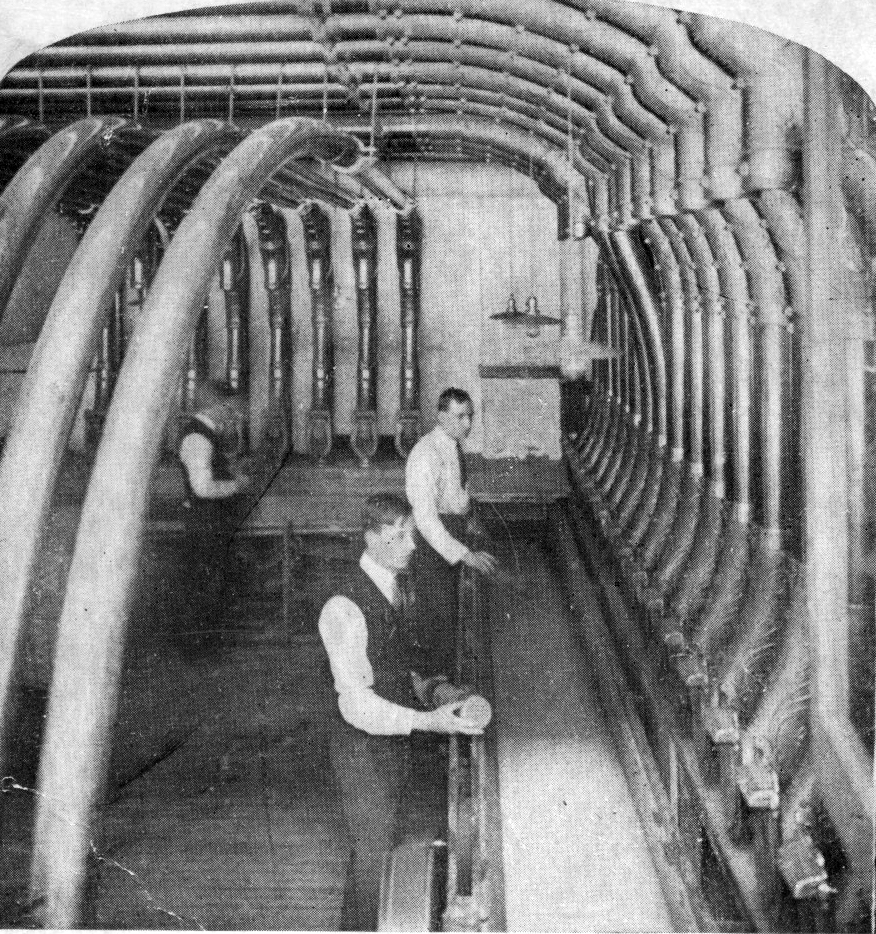 Probably the most valuable time saver employed by us to facilitate the transaction of business in the new plant. is the very elaborate system of pneumatic tubes used for sending written communicatIons, orders, etc., between departments throughout the several buildings. The illustration will give you an idea of this very large system, this picture representing the station in the Admmistration Building which is said .to be the largest of its kind in the world. More than fifteen miles of tubing were used in the installation of this system and it undoubtedly takes the place of an army of messenger boys and handles inter~depaftment communlcations at a tremendous saying in time. Letters and orders received from our customers are opened and read in the Administration Building and from this central building are routed through this tube staiion to the proper merchandise or clerical departments for handling, and as this service is operated by compressed air it is almost instantaneous. These tubes carry what we call a cartridge, which is a hollow cylinder about four inches in diameter and about twelve inches long. Letters, orders or papers are inserted in this cartridge and lbe cartridge in tum dropped into the tube and the great air pressure forces this carrier at a very high rate of speed to, its destination. This illustration gives you but a faint idea of this particular station; two sides of the room not appearing in tbe picture. It is not an uncommon thing for the boys in cbarge of this room to handle more than twenty-seven thousand cartridges in the course of a day’s work and in the entire tube system more than seventy thousand cartridges or carriers are handled in a single day.