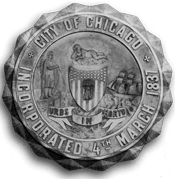 Chicago, the city, was born on March 4, 1837, the same day that Martin Van Buren took the oath of office at Washington and was inaugurated the president of the United States.

The Seal of Chicago was adopted in June, 1837 and The Charter and Ordinances of the City of Chicago had described the seal. “Be it Ordained by the Common Council of the City of Chicago, That the seal heretofore provided and used by and for the city of Chicago, the impression on which is a representation of a shield, with a sheaf of wheat in the centre; a ship in full sail on the right; a sleeping infant on the top; an Indian with bow and arrow on the left; and with the motto, ‘Urbs in Horto’, at the bottom of the shield; with the inscription, ‘City of Chicago: Incorporated 4th March, 1837,’ around the edge of said seal, shall be, and is hereby established and declared to have been and now to be the seal of the city of Chicago.

The symbolism is simple. The sheaf of wheat stands for fertility of the Illinois prairies, the ship, Lake Michigan, and the Indians, the original settlers of the Chicago region. “Urbs in Horto”—“ Garden City—is the motto by which the early city fathers hoped Chicago would be. Only slumbering infant is a mystery, although it is accepted to mean peace and purity.

MUNICIPAL CODE OF CHICAGO OF 1905 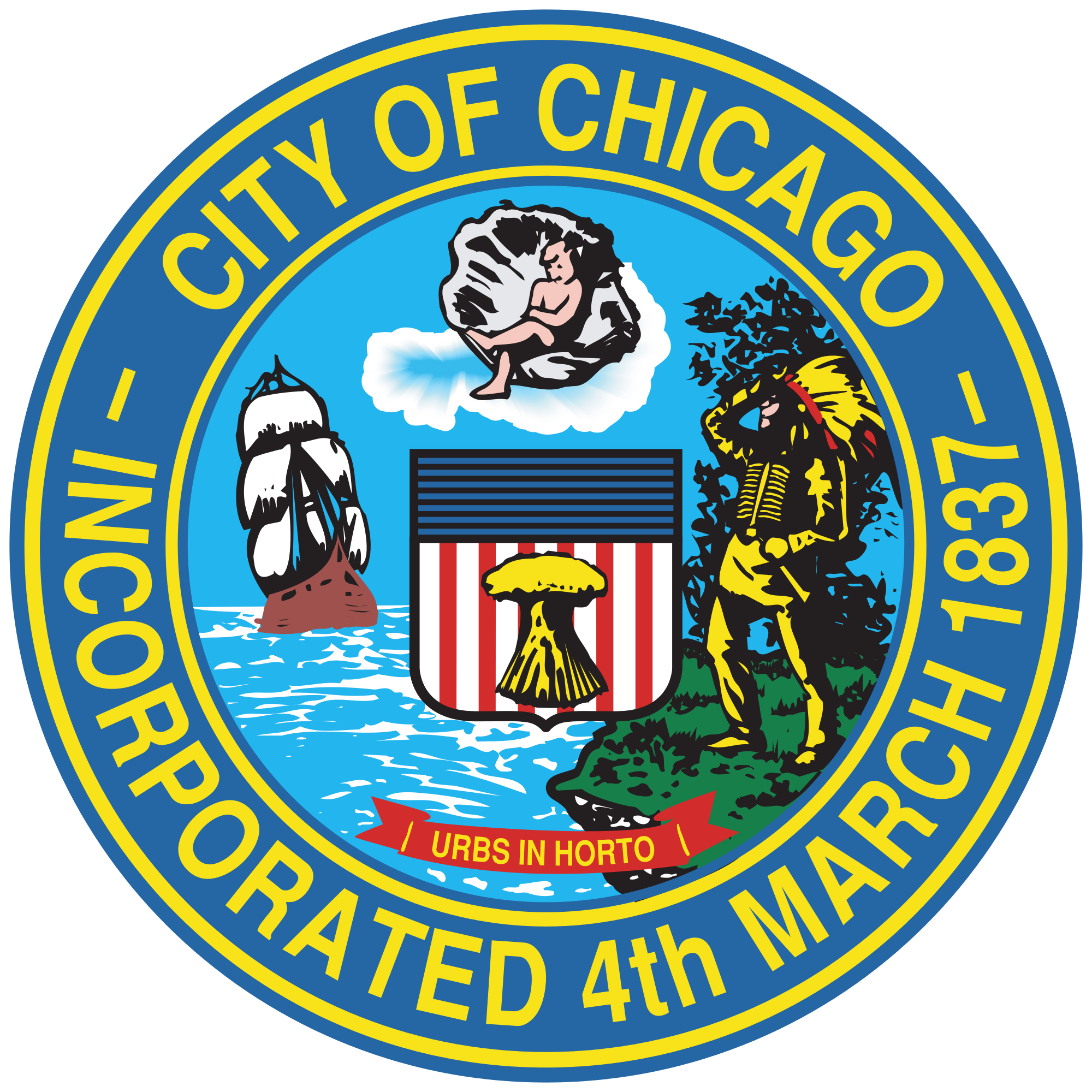 2026. Seal adopted—described] The seal provided and authorized for the city of Chicago shall be an obverse side with a diameter of two and three-eighths inches, the impression of which is a representation of a shield (American) gules, urgent, and azure (in red, white and blue); with a sheaf of wheat in fess-point (center), or (in gold); a ship in full sail on dexter (as right side supporter) proper; on top a sleeping infant proper, reposed in a shell argent (in silver); an Indian chief with a bow and arrow, proper, on sinister (as left side supporter) standing on a promontory, vert (in green); with the motto: “Urbs In Horto,” or, on scroll, gules (in gold on a red flowing ribbon) at bottom of the shield; with the inscription, “CITY OF CHICAGO; INCORPORATED 4TH MARCH, 1837″ or (in gold), within an azure (blue) ring around the outer edge of said seal, which seal represented as aforesaid and used with or without colors shall be and is hereby corrected, established, declared to have been, and now to be, the Seal of the City of Chicago. For general use, the plain impression in white containing the figures as given above shall be sufficient.