The plan of Chicago as presented in illustration and text is the result of a systematic and comprehensive study…mapping out an ideal project for the physical development of this city.—Plan of Chicago, p. 119

The proposed West Loop railway stations west of the Chicago River with the Civic Center beyond at Congress and Halsted.

In the years following the 1893 World’s Columbia Exposition a number of leading Chicagoans began to see visions of a more orderly, more beautiful city. At first they thought only of connecting Grant Park and Jackson Park with a boulevard, although even that was an undertaking of the first magnitude. Under the leadership of Danil H. Burnham, however, the improvements contemplated expanded in number and and scope and became parts of a general plan. Early in the twentieth century the Merchants’ Club and the Commercial Club made the plans their primary activity, and after the two clubs merged as the Commercial Club in 1907, offered substantial civic and financial backing. 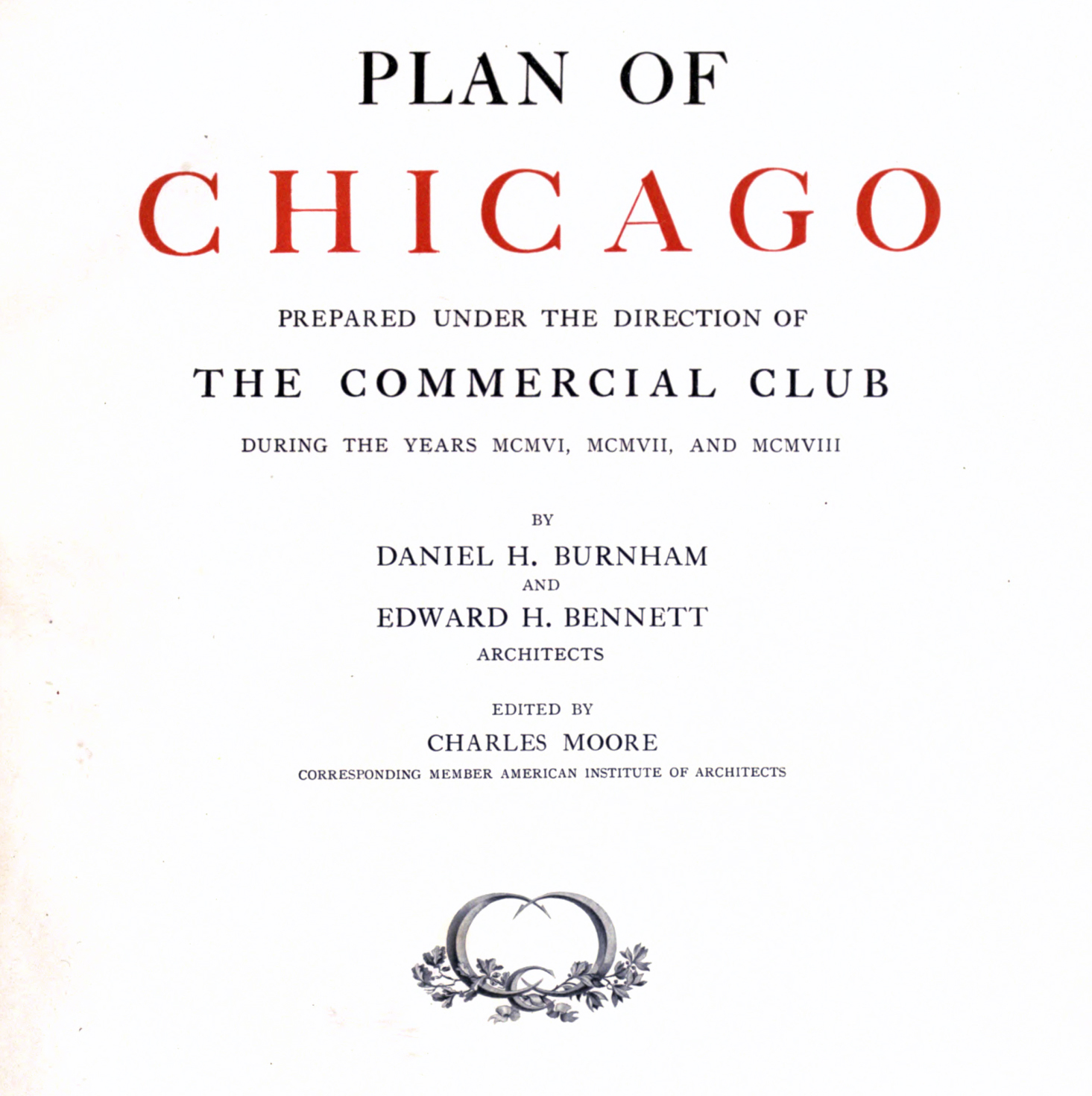 The Chicago Plan, published by the Commercial Club in 1909, was the first comprehensive outline of development ever offered to an American city. Instead of limiting themselves to the municipality, large as that was, the planners dealt with the entire area lying within a sixty-mile radius. They foresaw a network of highways around the city, great forest preserves within easy access, and an expansion of existing parks. Within Chicago they looked forward to a wide thoroughfare and a continuous parkway from Jackson Park to Winnetka, a monumental bridge across the Chicago River, broader traffic arteries, numerous diagonal streets, an imposing civic center, and many other improvements related to the other.

Four months after the publication of the plan, Mayor Fred A. Busse appointed the Chicago City Plan Commission and designated Charles H. Wacker, a dynamic civic leader, as chairman. Backed by the Commercial Club, Wacker undertook a campaign of public education. A plan manual was distributed to school children, releases flooded the newspapers, speakers expounded the subject at every opportunity. Chicagoans caught the conception of a bettercity, and when the time came for voting the bond issues that were indispensable, responded favorably.

Some of the features of the original Chicago Plan have been discarded as undesirable; others have not yet been realized. Yet the gains have been notable. To the plan the city owes the magnificent stretch of park land from Jackson Park to the river and the northern extension of Lincoln Park, the Outer Drive, the Michigan Avenue and Outer Drive bridges, Wacker Drive, the northern reach of Ogden Avenue, the forest preserves, and many of the smaller parks. Moreover, the Chicago Plan Commission, a continuing body, constantly sets new objectives in the light of changing conditions, and proves every year that with intelligent foresight the city can be a better home for its millions of residents. 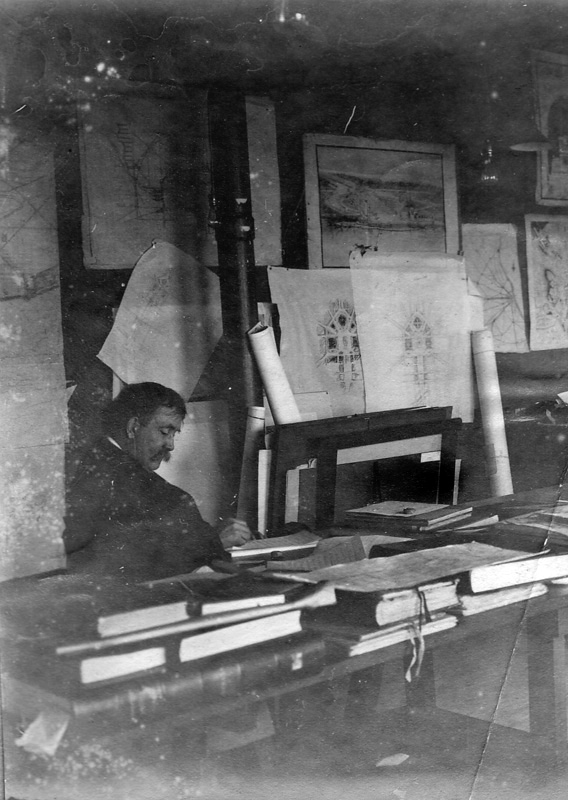 Daniel Burnham working on the “Plan of Chicago” as photgraphed by his partner Edward Bennett in 1909. Several recognizable drawings from the plan can be seen in the background.