The zoological garden where the animals are kept in cages is being superseded in at least a few American cities by the zoological park where space and the arrangement of the grounds permit the animals to live in the open In bar-less dens or paddocks.

In the cover painting of this issue of America To-Day comhined with Fort Dearborn Magazine. the artist. Paul Strayer. directs attention to the large modem zoo. which is being planned by the Forest Preserve Board of Cook County. Illinois. and is to be known as the Chicago Zoological Park. 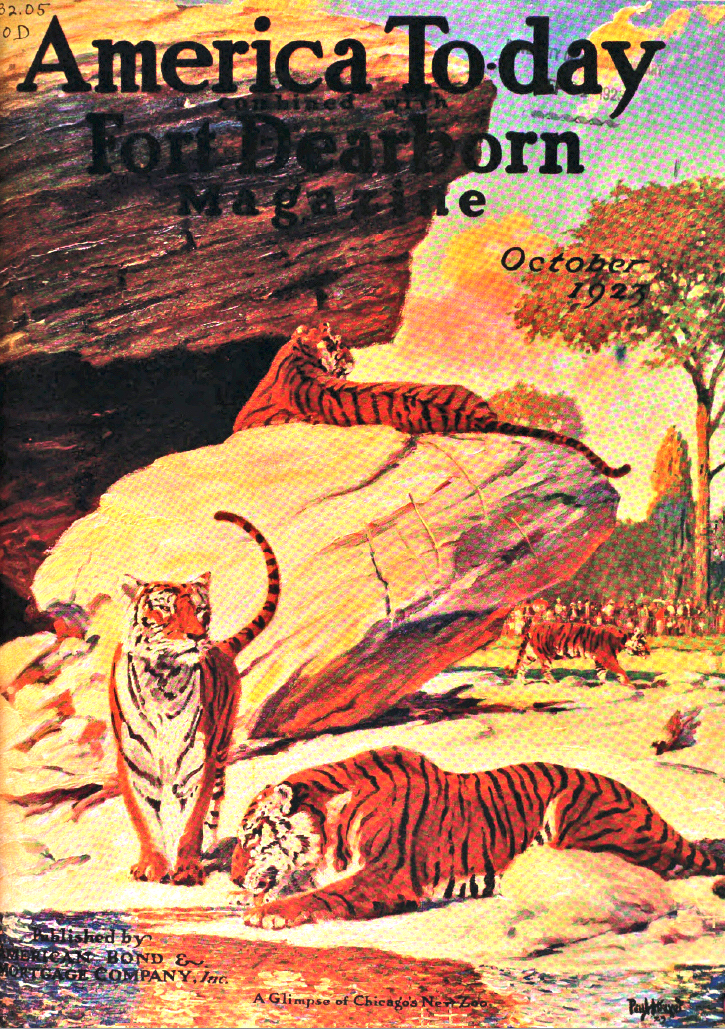 An 82-acre stretch of land just west of the Desplaines River in the Forest Preserve districts of the towns of Riverside and Brookfield was donated for the purpose by Edith Rockefeller McCormick. The Forest Preserve Board of Cook County has purchased 125 additional acres adjoining the donated site.

As portrayed in the picture. the animals will live in the open in large spaces inclosed only by natural rock formations and moats. with a retaining wall on the public side too smooth and high to climb.

Visitors at the Zoo will not receive the impression of viewing imprisoned animals. but instead will have an opportunity to see and study the various species living almost as they would in the mountains. jungles or deserts of the distant lands from which they came.

The zoo will be under the management of the Chicago Zoological Society. the president of which is John T. McCutcheon. The director will be G. F. Morse. Jr a former director of the Boston Zoological Park.

Wide-spread interest has been aroused by the new Chicago Zoo. as it represents one of the biggest attempts made by any American city to establish and maintain a zoological park that-because of the freedom and natural living conditions provided-will be a factor in preserving some of the rare species of animals which would otherwise soon be extinct. 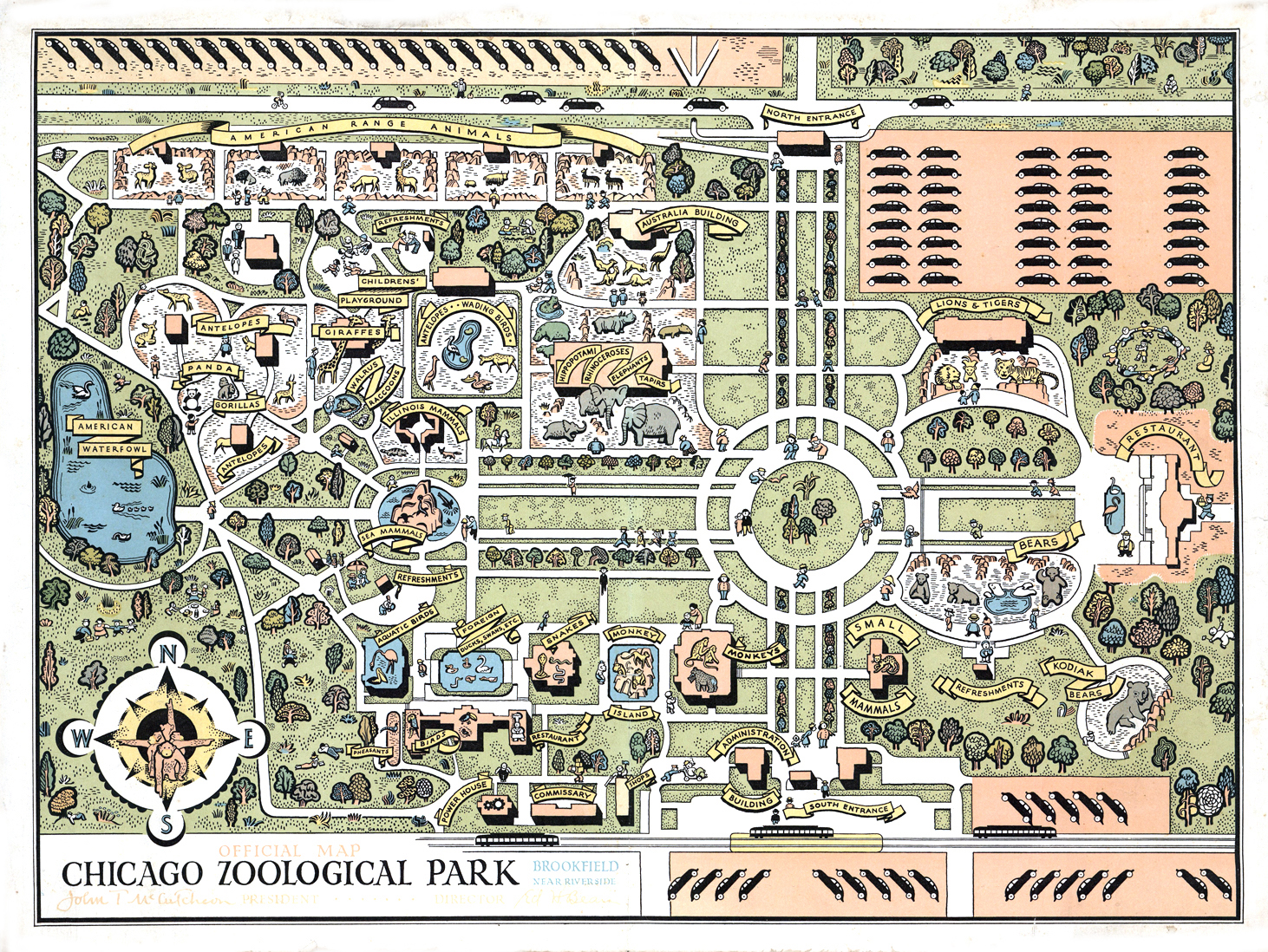 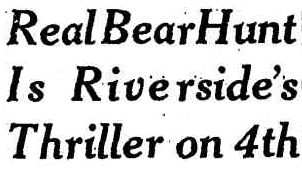 The town of Riverside celebrated the Fourth of July yesterday with a genuine grizzly bear hunt. A band of home town hunters, armed with all sorts of guns, from automatic pistols and shotguns to high powered rifles, finally slew a two year old male grizzly after a thrilling hunt.

The bear was received at the Chicago Zoological park near Riverside last Wednesday and was intended as the mate of a female of the species received three weeks ago. At 4 o’clock yesterday morning it was discovered that the male bear, recently at Yellowstone park, was missing from his open air bar-less pit, where he had been placed with the female bear.

Calls for Help.
Supt. Edward H. Bean of the zoo, knowing the danger of permitting the animal to be at large, summoned Dr. George Harnett and Edward D. Wiley, who are known as big game hunters. These two and four park attendants tracked the bear through he park for several hours, then returned to Riverside for reinforcements. Henry A. Miller, a real estate dealer, and Steve Barcek, grocer and meat dealer, joined the party with shotguns.

The reinforced hunters then began a systematic search. Two of the park attendants came suddenly on the animal and fired several shots but it got away.

Police Finish the Job.
At 5 o’clock, with the bear still at large, the police of Riverside were sent for. Lieut. Bartels, Lieut. Molkentine, Sergt. Vickery, and Policeman Duke Trotter came in response to the summons. Molkentine bringing his beagle hounds to track the bear.

The animal finally was found by following the tracks along a muddy creek, and Lieut. Bartels slew it with a high powered rifle. Steve Barcek then skinned the animal.