In commemoration of its seventy-fifth anniversary in 1922, The Tribune offers $100,000.00 in prizes for designs for a new building to be erected between its present Plant and Michigan Boulevard. More than 260 entries were received. 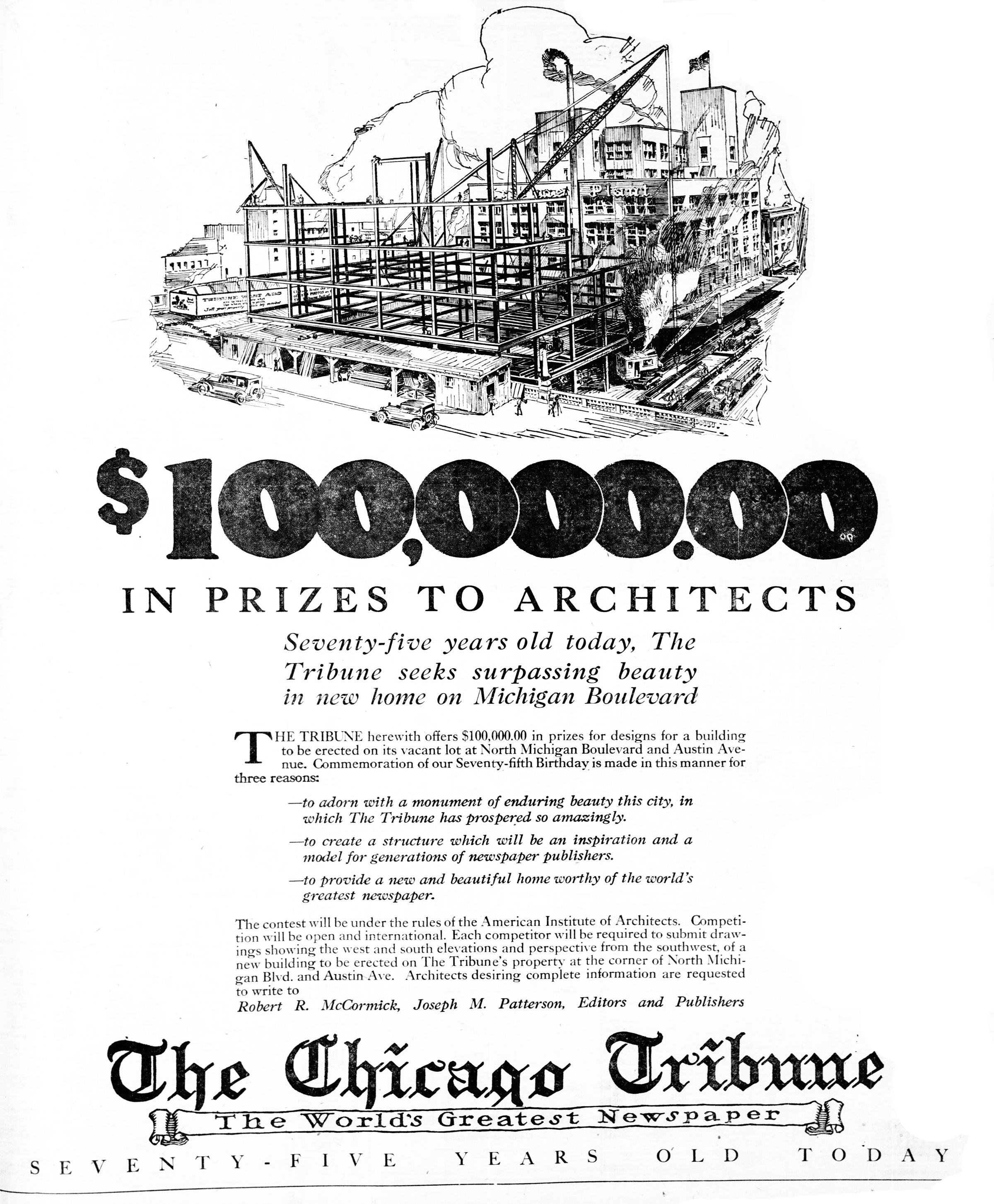 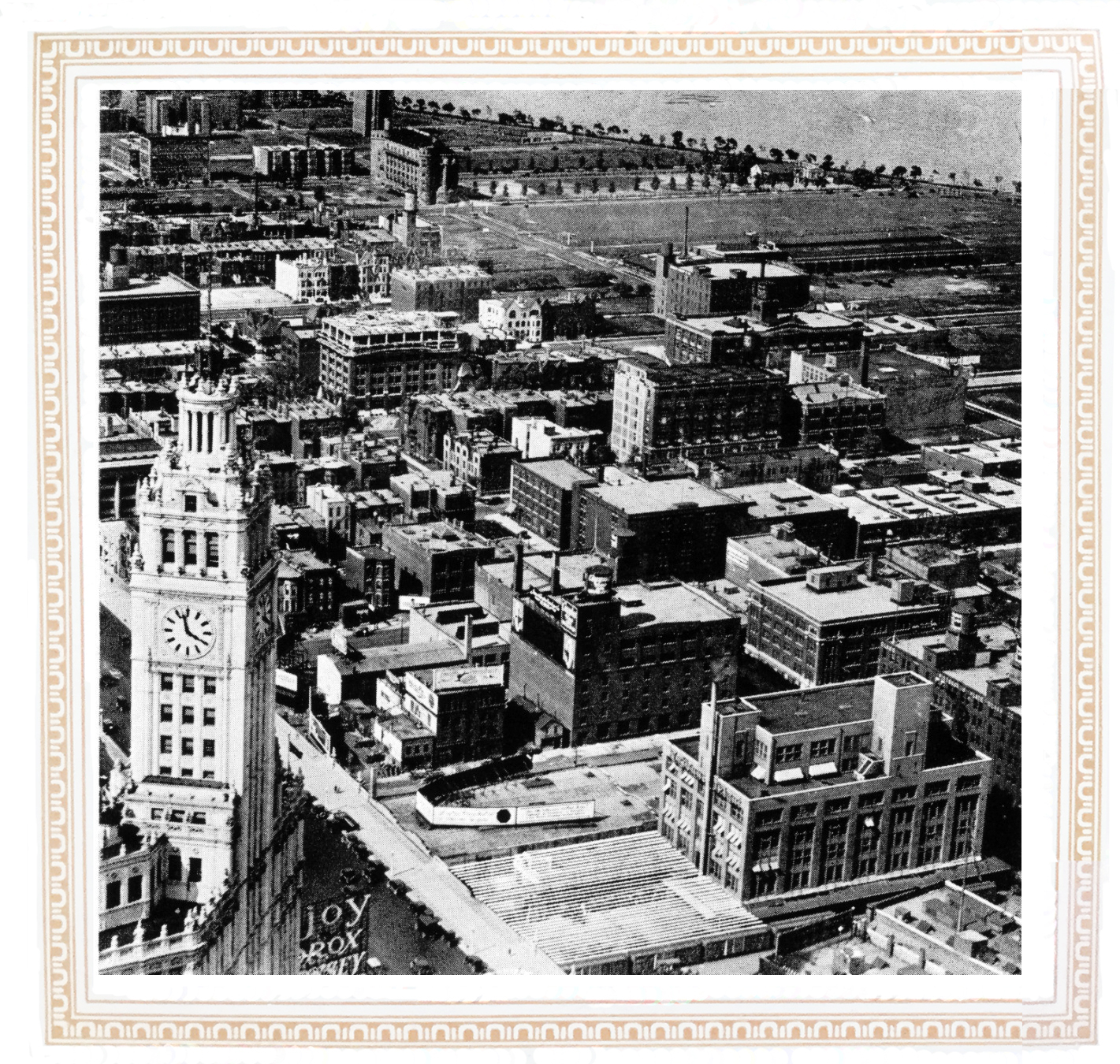 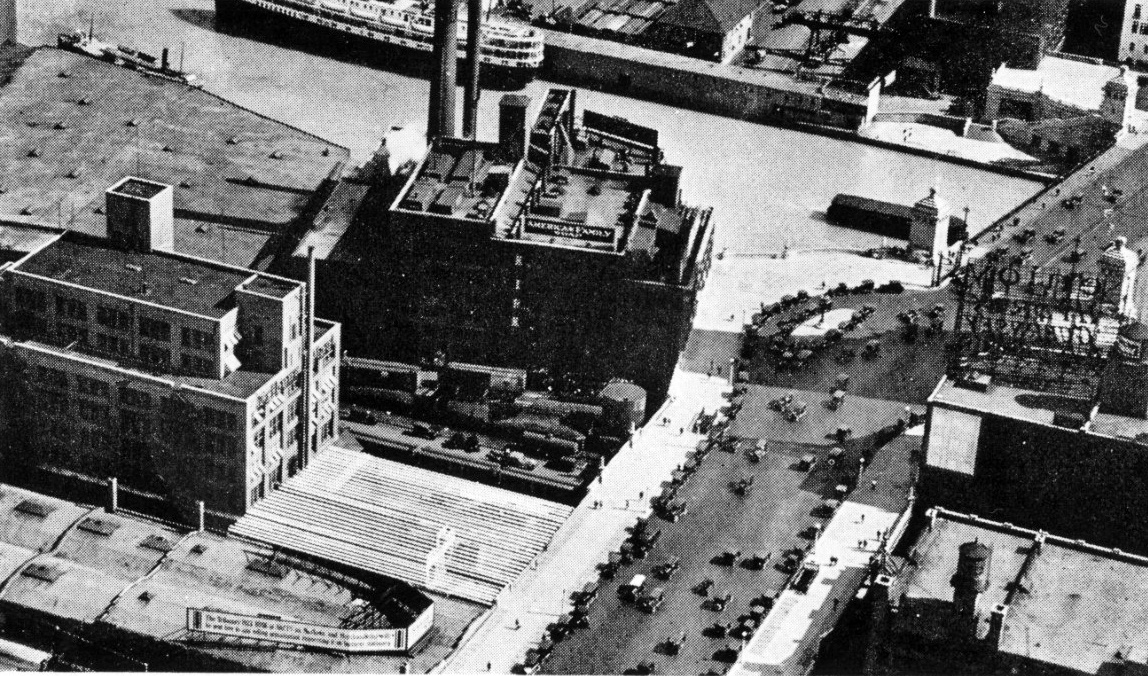 These photos show The Tribune Plant from the south (above) and from the north (below). The ruled white space marks the site on which the new Tribune Monument will stand. Architects have been offered $100,000 in prizes for a suitable design. The low building north of The Plant is a Tribune garage. 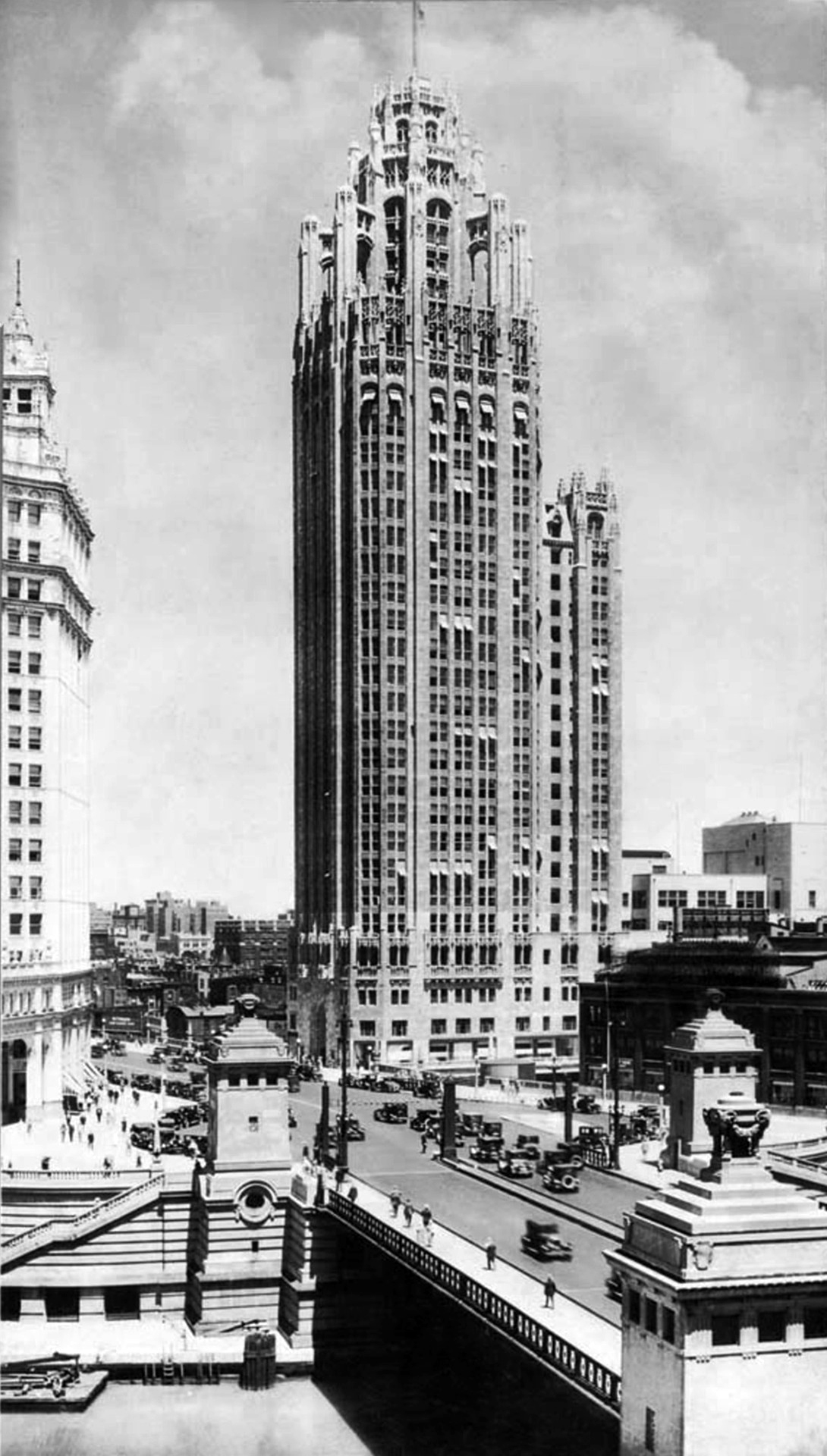 The winner was a neo-Gothic design by New York architects John Mead Howells and Raymond Hood, with buttresses near the top.

The entry that many perceived as the best—a radically simplified tower by the Finnish architect Eliel Saarinen—took second place and received $20,000. Saarinen’s tower, which anticipated the coming impact of stripped-down modernism on building form, was preferred by critics like Louis Sullivan, and was a strong influence on the next generation of skyscrapers including Raymond Hood’s own subsequent work on the McGraw-Hill Building and Rockefeller Center. The 1929 Gulf Building in Houston, Texas, designed by architects Alfred C. Finn, Kenneth Franzheim, and J. E. R. Carpenter, is a close realization of that Saarinen design. César Pelli’s 181 West Madison Street Building in Chicago is also thought to be inspired by Saarinen’s design.

Other Tribune tower entries by figures like Walter Gropius, Bertram Goodhue, Bruno Taut, and Adolf Loos remain intriguing suggestions of what might have been, but perhaps not as intriguing as the one surmounted by Rushmore-like head of an American Indian. These entries were originally published by the Tribune Company in 1923 under the title Tribune Tower Competition.

Today there are 149 History Stones embedded in the walls of the Tribune Tower. The 150th is a moon rock which is on display in a window. Here are the original 31 Stones and their origin: 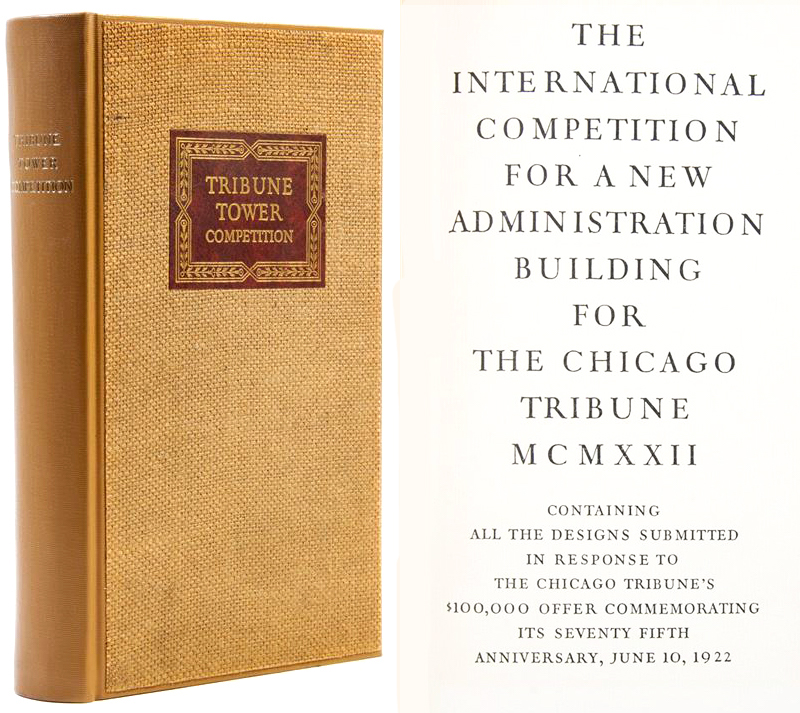 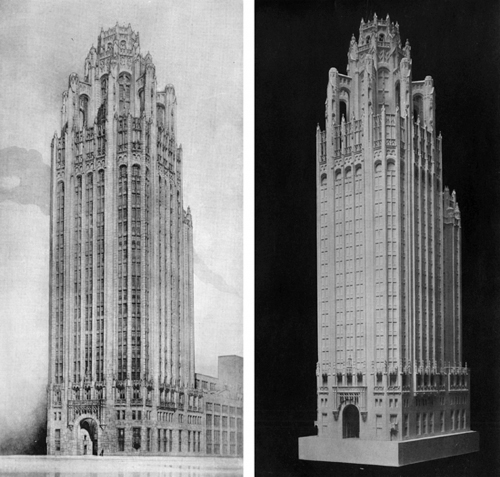 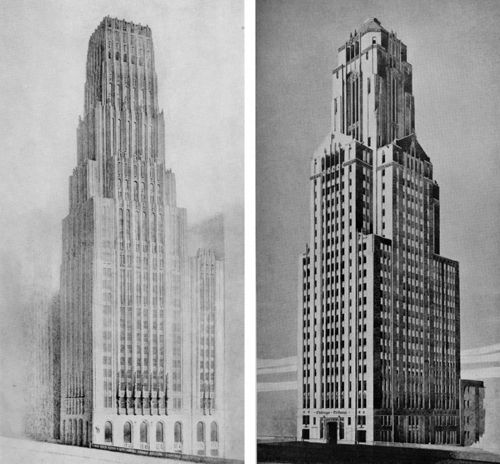 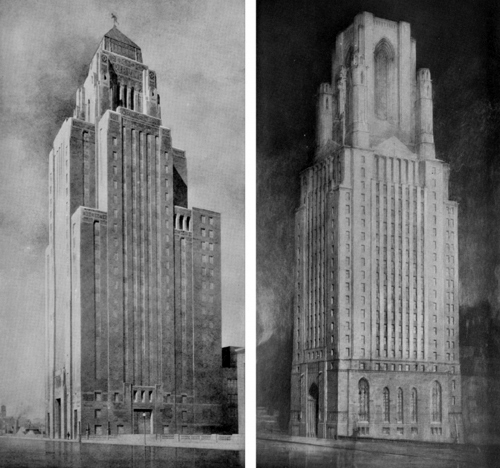 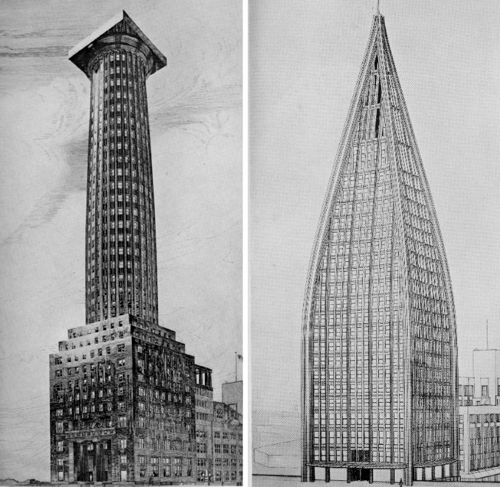