The Chicago Herald was founded as the representative of stalwart repuclism, but, under successive owners, it has drifted into independent democracy. Intended as the advocate of Logan republicanism, before its first presidential campaign it became the exponent of Cleveland democracy. After its first year, it seems to have owed its allegiance to no party. It was lively, bright and aggressive. It rather recklessly took an undue interest in the private lives and past careers of certain citizens of Chicago, and became at once enmeshed in a network of libel suits, one of which resulted in a $15,000 verdict against it. This culminated in a sale of the franchise to a new company.

The founders of the Herald were James W. Scott, Frank W. Palmer, A. M. Jones and Daniel Shepard. The company was organized about the first of May, 1881, with a capital of $150,000, and articles of incorporation duly executed. The Chicago Daily Telegraph was about to fail, it had a national press franchise, some machinery, presses, and type, and these its creditors were willing to sell at a reasonable price. The Chicago Herald purchased them. The last issue of the Telegraph was number 1046; the first issue of the Chicago Morning Herald was number 1047, and its date May 10, 1881. 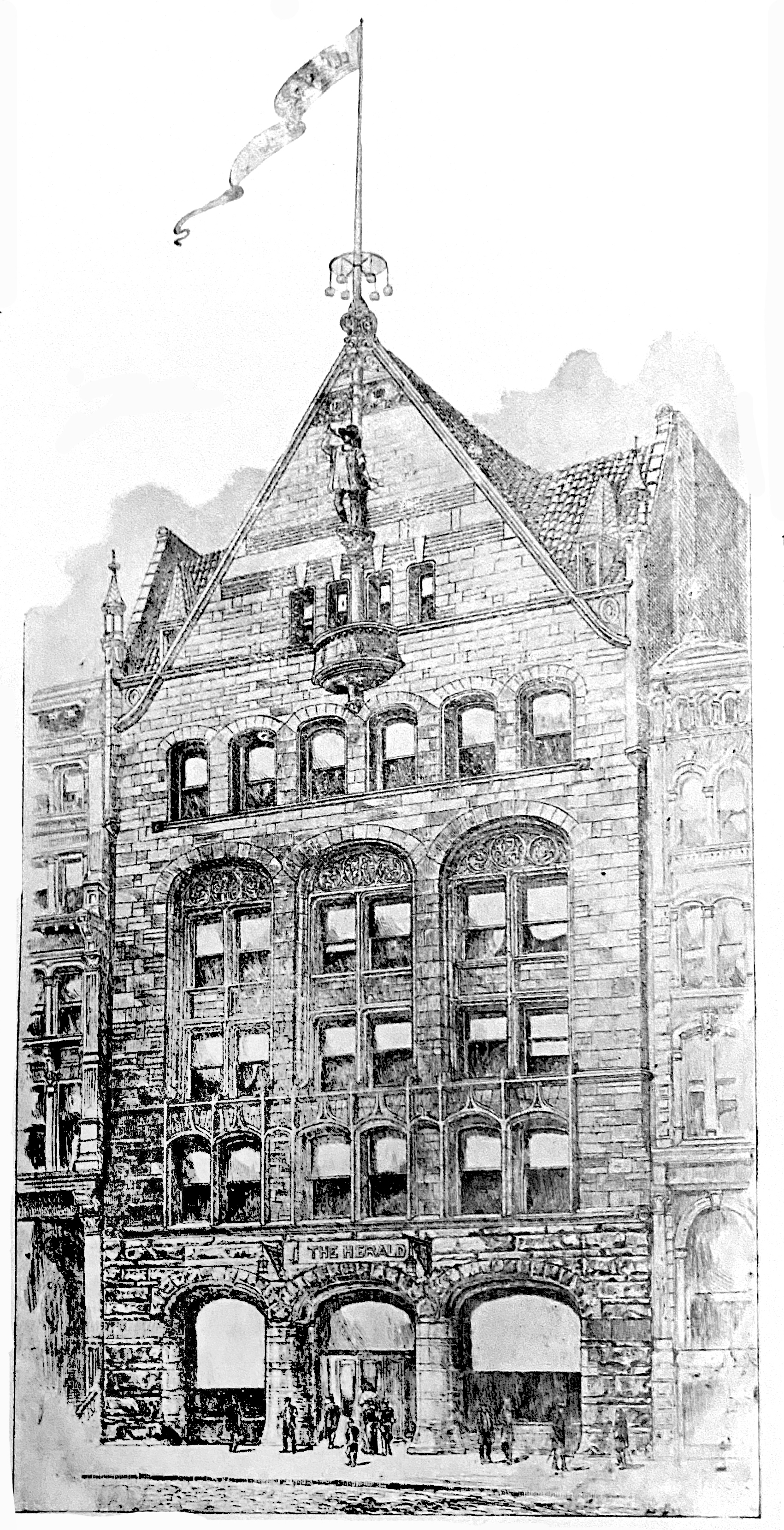