Marshall Field’s president, John G. Shedd was never tired of telling customers about the merits of the store and its accommodations. Throughout his years as president there was a steady outpour of booklets, pamphlets, catalogues—all designed to acquaint the public with the superior facilities and services of the Field organization rather than to advertise specific merchandise. Some publications merely described the store as a showplace, with little mention of wares. Many were planned for education of of customers:

Most famous of the Field publications was Fashions of the Hour, a magazine for retail customers issued free six times a year. Its first copy in October, 1914, edited by René Mansfield of the Advertising Department, was sixteen pages and featured a story of the Men’s Grill in the new Store for Men. But the publication then and later was designed primarily for the ladies, what with discussions of styles and fashions, social and cultural activities in Chicago, and full-length photographs of well-known actresses and society women in gowns that could be purchased at Field’s. 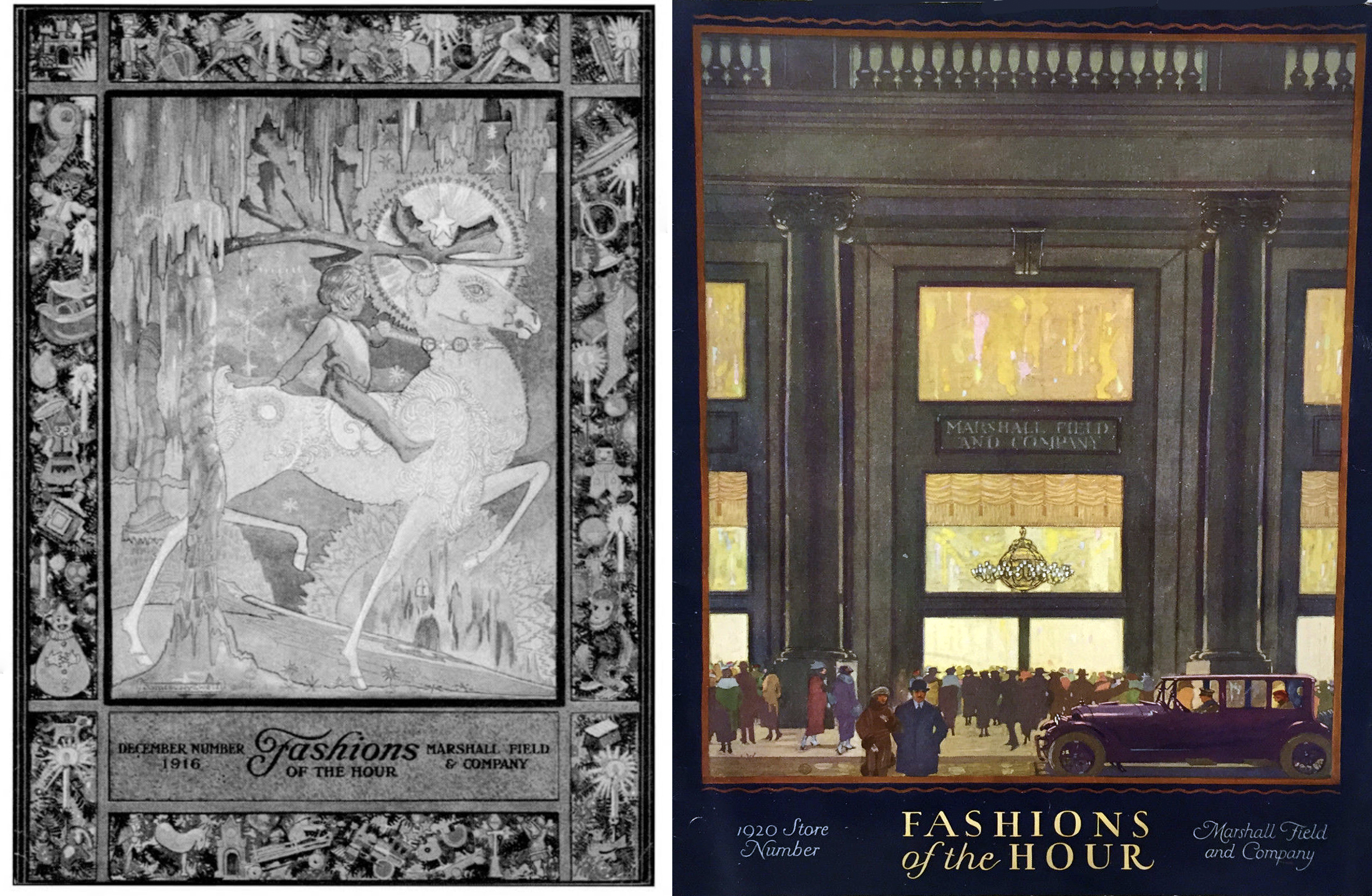 Mrs. Clara P. Wilson, who had studied with James McNeil Whistler, was installed as art editor, and she and Miss René Mansfield set out to rival national magazines. By the 1920’s regular contributors to Fashions of the Hour included John T. McCutcheon, Christopher Morley, Frank Swinnerton, William Rose Benét, Carl Van Vechten, Westbrook Pegler, Emily Post, Emily Kimbrough, Peter Arno, and such actors, society women, and scholars as Cornelia Otis Skinner, Robert Montgomery, Mrs. Edith Rockefeller McCormick, Charles E. Merriam of the University of Chicago, Lynn Fontanne, and the Marchesa Helen Spinola of Italy. One rule remained permanent: no advertising. Such a policy, believed Shedd and thise who were most enthusiastic about the magazine—notably Frederick D. Corley, later one of Shedd’s successors—would be of more enduring benefit than page after page of advertisements.

Each issue contained 32-40 pages and was published six times a year. The high quality magazine was in a large-format page size of 9½ x 13 inches and circulation was as high as 125,000 per month. In 1978 the magazine ceased publication. 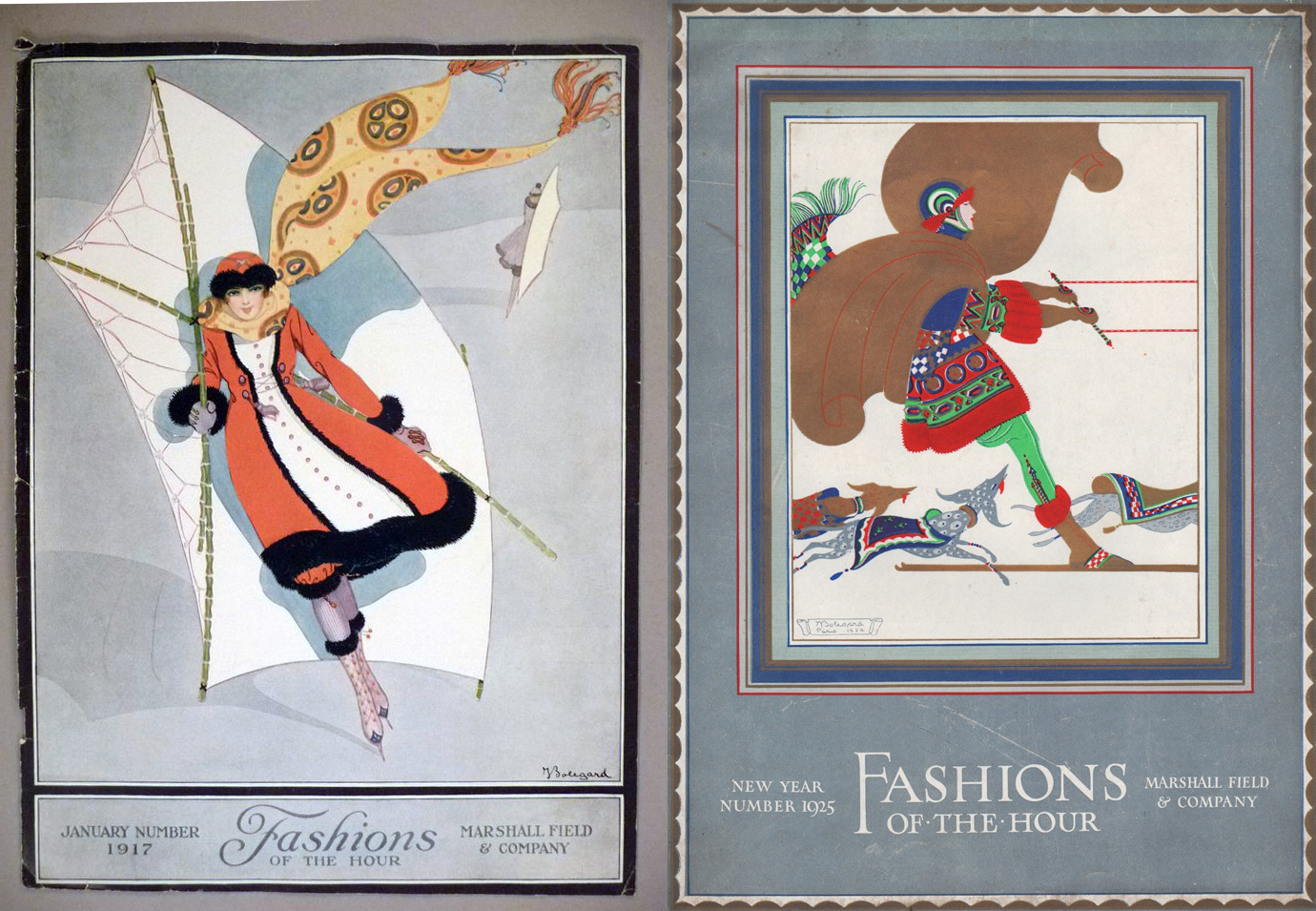 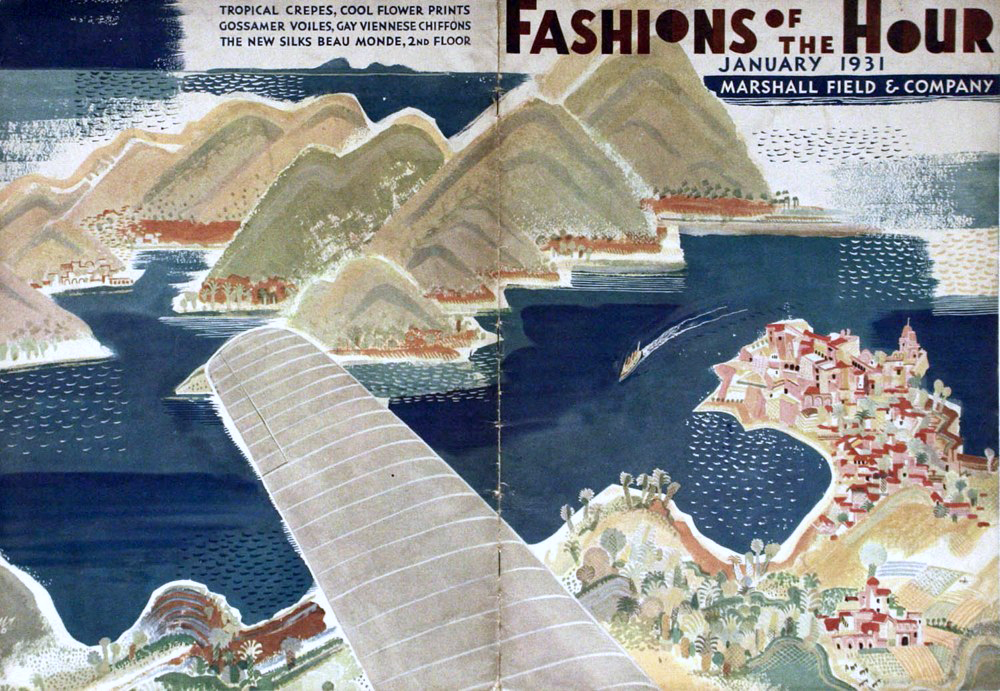 Fashions of the Hour
January, 1931 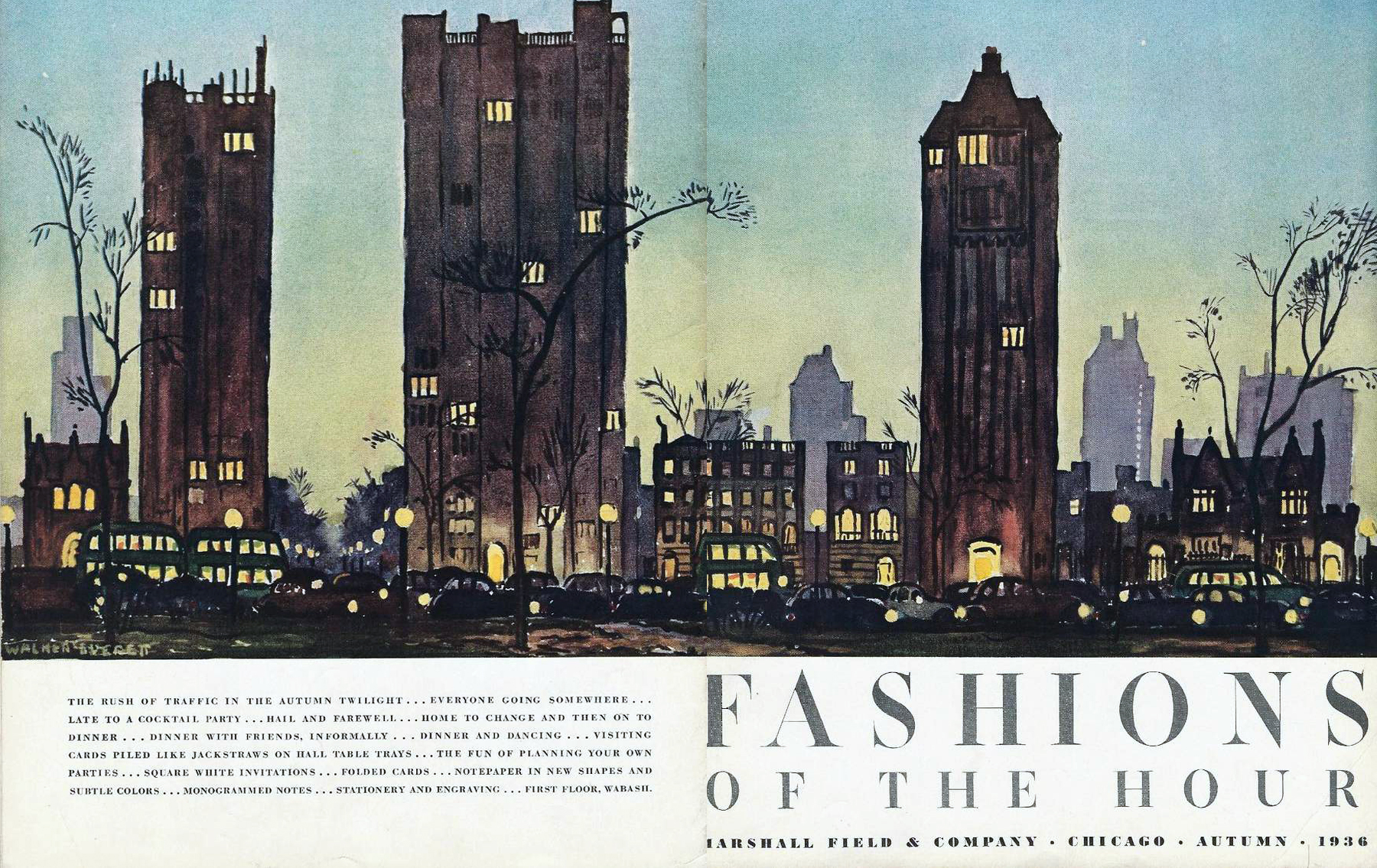 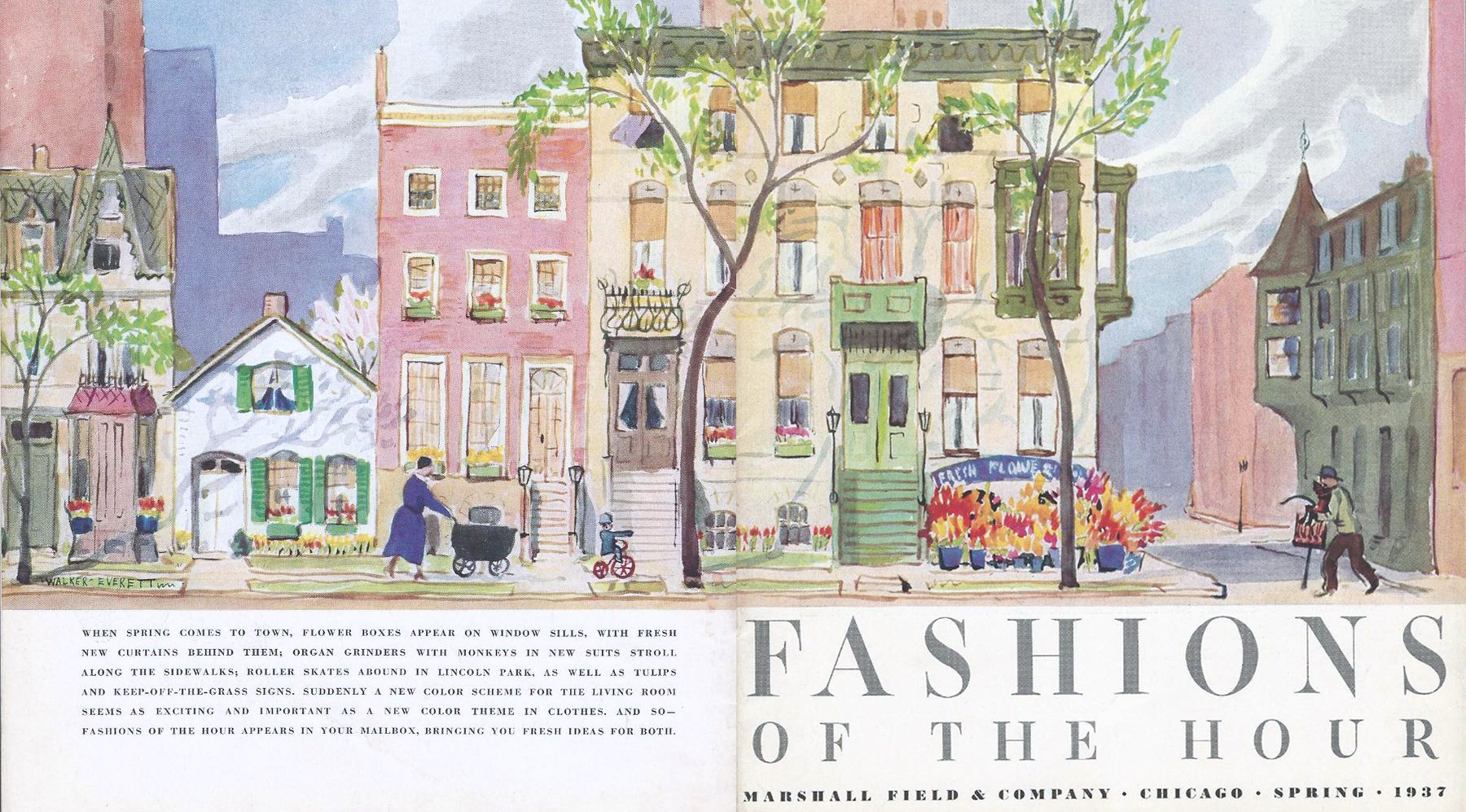 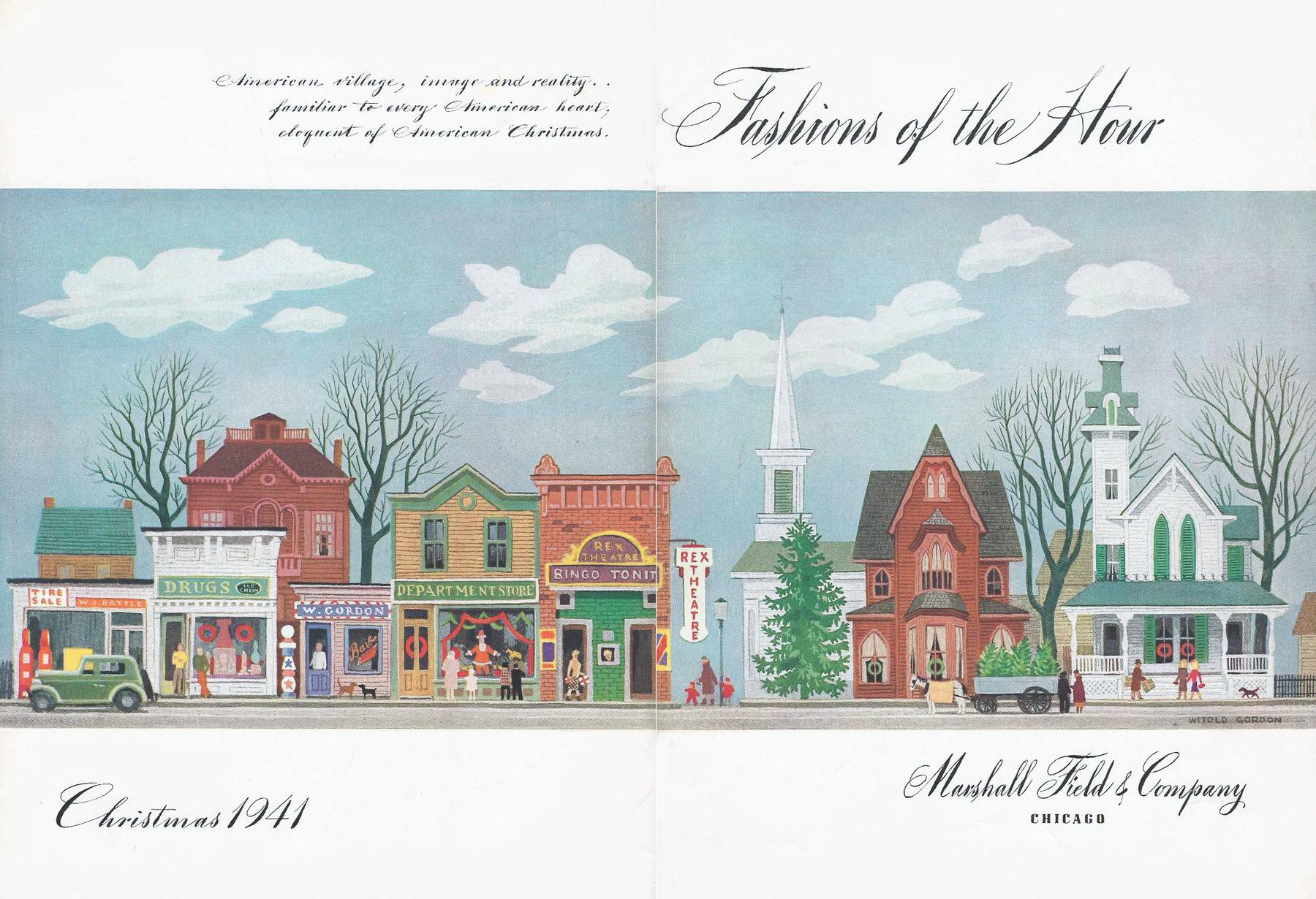 Fashions of the Hour
Christmas, 1941 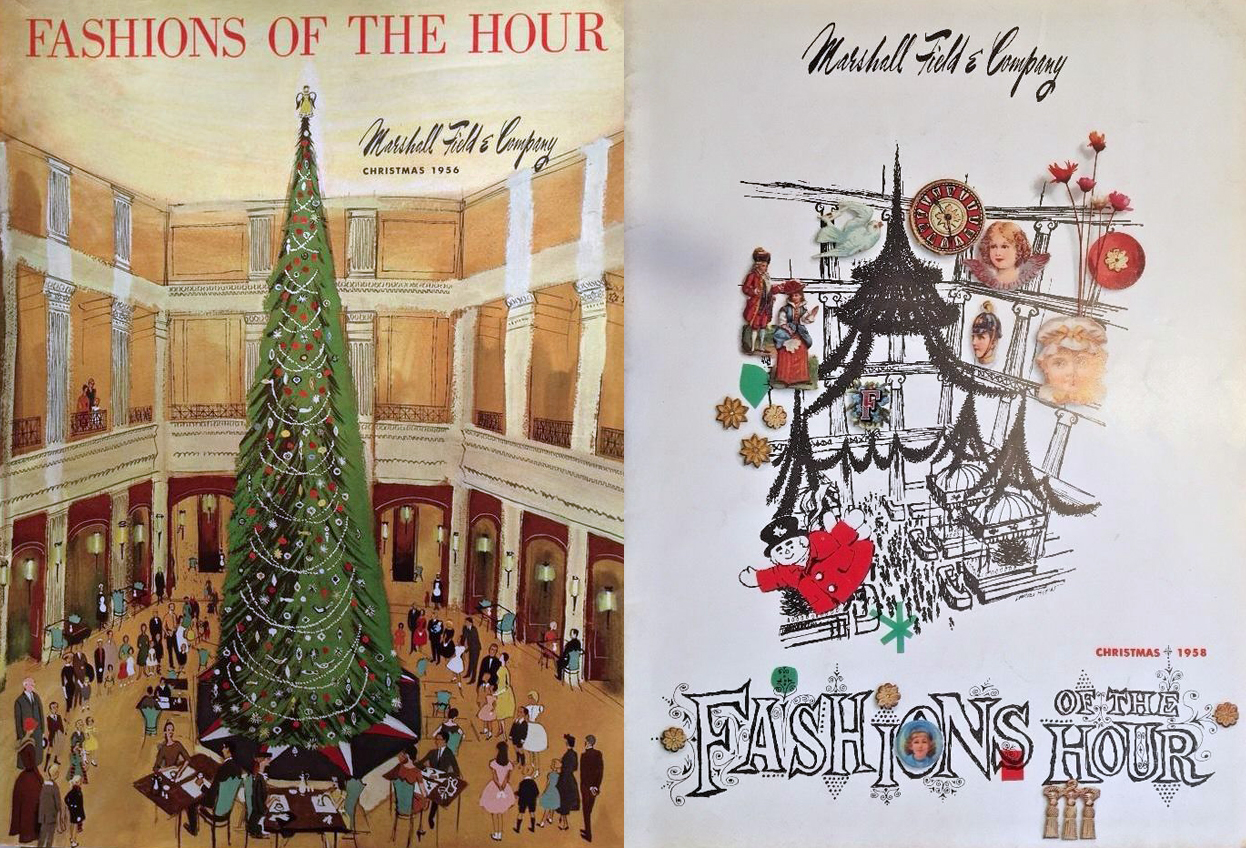