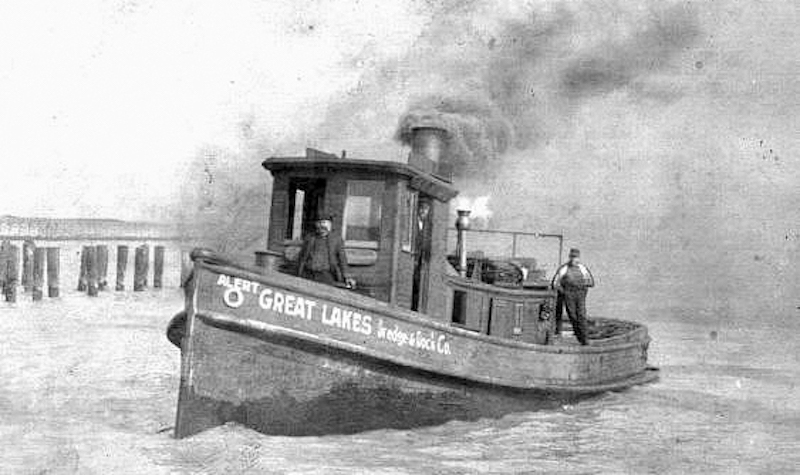 Since speed was very important in reaching distressed ships, tug races in the Great Lakes were very common. Unless a disabled ship sent for a specific tug, it was usually first come, first served in freeing the ship and or bringing her in for repairs.

The Alert burned to the waters on 13 June 1883 near Marinette, WI at the mouth of the river. The flames communicated to the lumber on the dock belonging to Sawyer, Goodman & Co., destroying 250,000 feet, valued at $30,000, but uninsured. The Alert was valued at $10,000 but was insured at Chicago at an unknown value. The tug was rebuilt in July of that same year.