Schr Alvin Clark, capsized off Chamber’s Island, Green Bay, drowning Captain, mate and one of her crew—subsequently raised and repaired at Chicago.

Man Charged With Burning Historic Schooner He Recovered And Restored

MENOMINEE, Mich. (AP)—An amateur scuba diver who salvaged a 19th century schooner and spent 18 years trying to turn it into a successful tourist attraction says he torched the ship so “I could live a normal life.”

Frank Hoffman, 56, of Menominee, was arraigned Tuesday on one count of assault with a dangerous weapon and one count of arson of personal property worth more than $50, said Menominee County Prosecutor William Justin.

Hoffman is accused of setting the 139-year-old Alvin Clark ablaze Monday night, then wielding a rifle to ward off firefighters.

“I figured if it were gone I could live a normal life,” Hoffman was quoted as saying in today’s editions of The Detroit News.

“I’ve given up,” he said from the Menominee County Jail in a telephone interview with the newspaper. “That ship has ruined my health and my life. I got so mad I doused it with gasoline and lit a match.”

No preliminary hearing date was scheduled, and Hoffman was ordered held in lieu of $75,000 bond, Justin said.

The Coast Guard in 1981 gave the Alvin Clark, salvaged from Lake Michigan, a rating as the oldest surviving documented merchant vessel of its kind. The Smithsonian Institution called it the world’s oldest floating freshwater ship until it was drydocked in 1978.

Last year, Hoffman sought an exemption from Menominee county property taxes. He also requested an education and scientific tax exemption for the vessel from the state.

In September, the state cut the taxes but denied him a complete exemption. The state Tax Tribunal ruled that the Alvin Clark was worthless.

“We’re not making any money at all—we’re going deeper into debt,? he had said, estimating that he had invested about $300,000 into the project.

Michael Anuta, attorney for the Mystery Ship Preservation Society, which Hoffman formed to raise money for the ship, said Hoffman had been frustrated lately over mounting debts incurred by the schooner.

The Alvin Clark “has been his life,” Anuta said, adding, “There is great doubt in my mind that he is guilty of the offense.”

Hoffman was arrested Monday night after allegedly brandishing a rifle to keep police and firefighters away from the burning ship, which is in drydock next to the Menominee River, Menominee Police Chief Michael Raygo said.

No shots were fired, Raygo said.

“That boat hasn’t been a blessing for Frank,” Raygo said.

The Alvin Clark, built in 1846, vanished with three crewmen in Green Bay during a June squall in 1864.

Hoffman and a team of amateur divers like himself raised the Alvin Clark from the bottom of Lake Michigan in 1969 and towed it to Menominee Harbor, where Hoffman hoped to give the ship a second life as a tourist attraction.

He discovered the ship in 1967 in about 110 feet of water while helping fishermen untangle their nets. 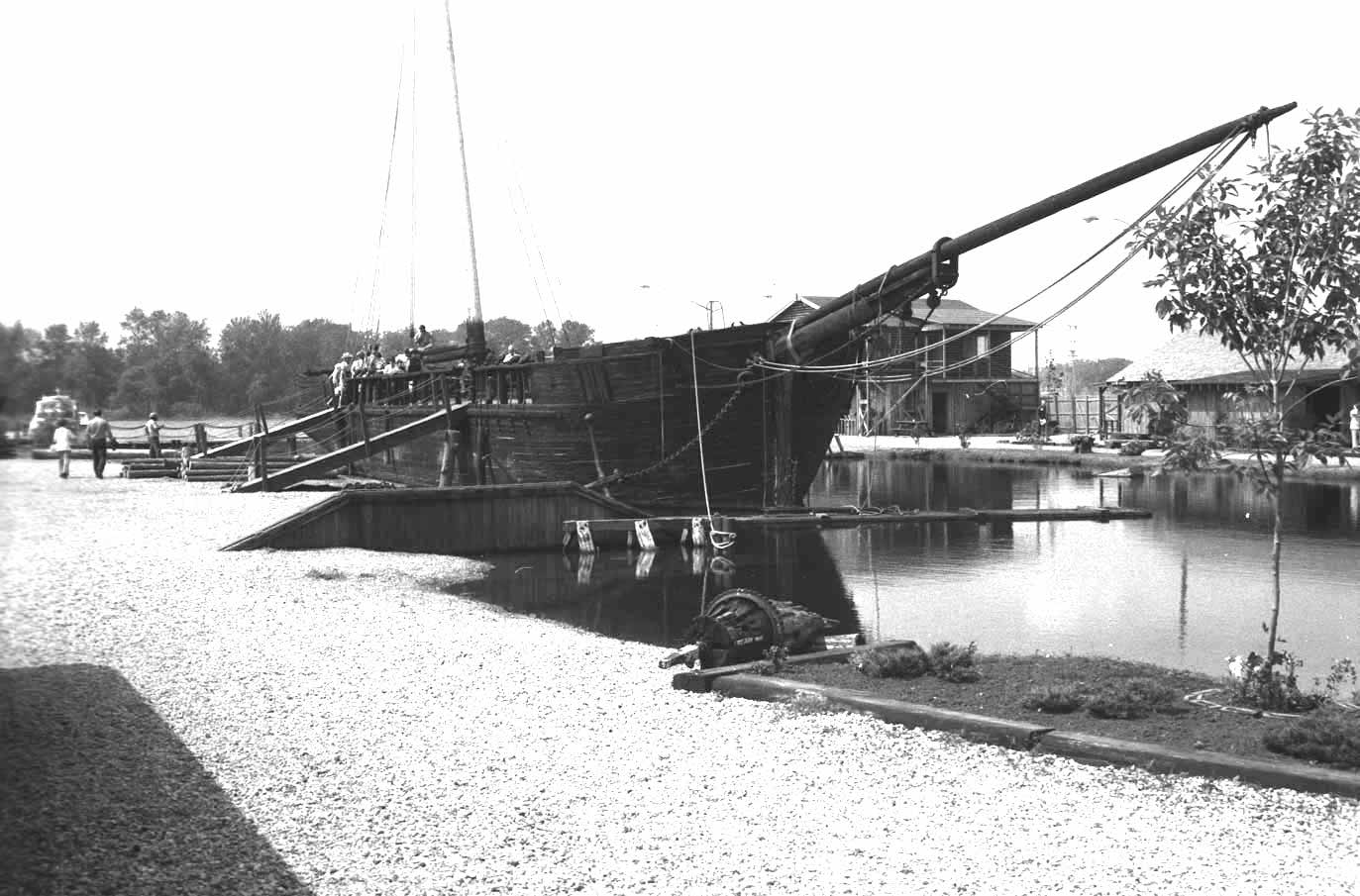 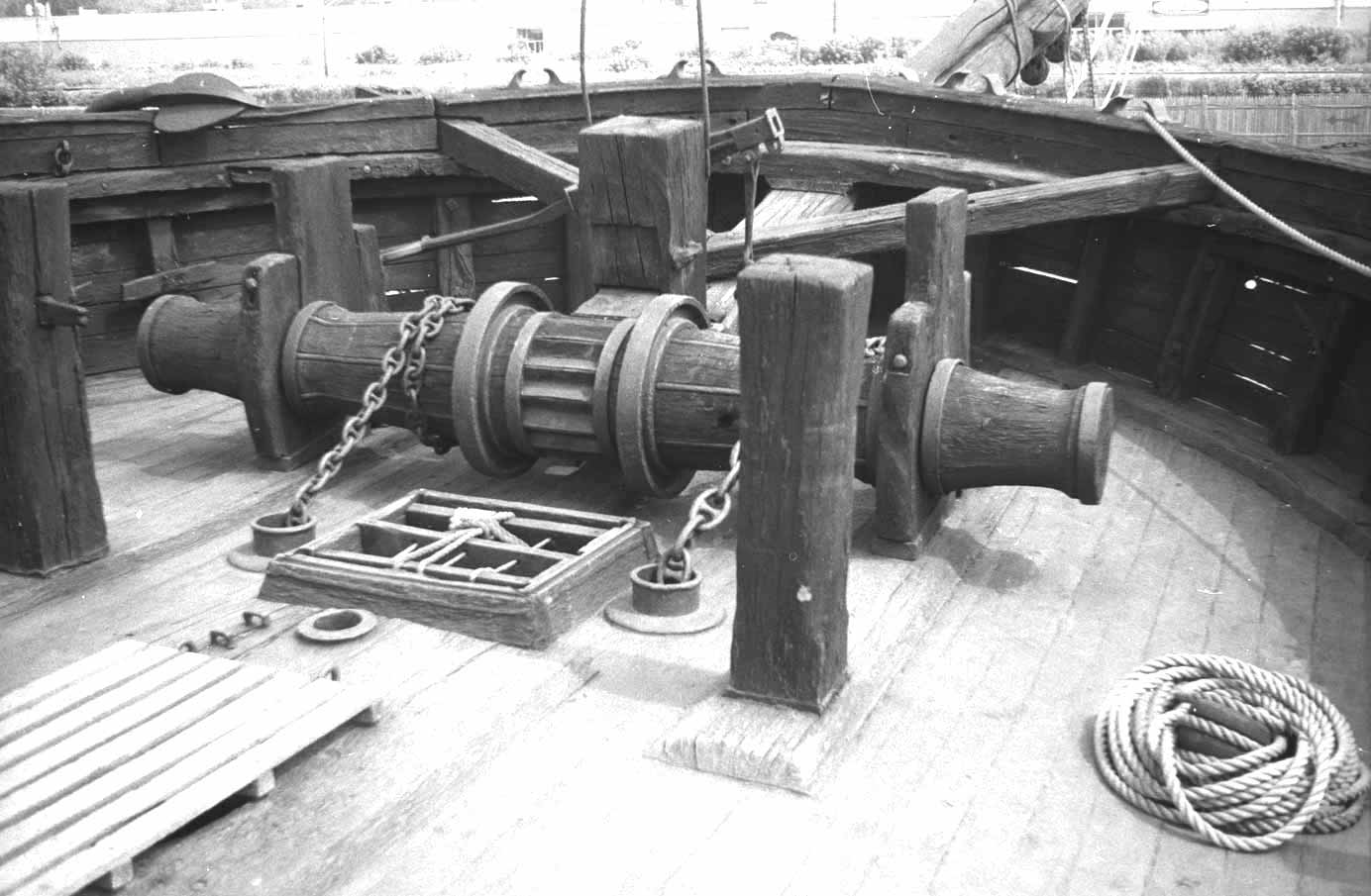 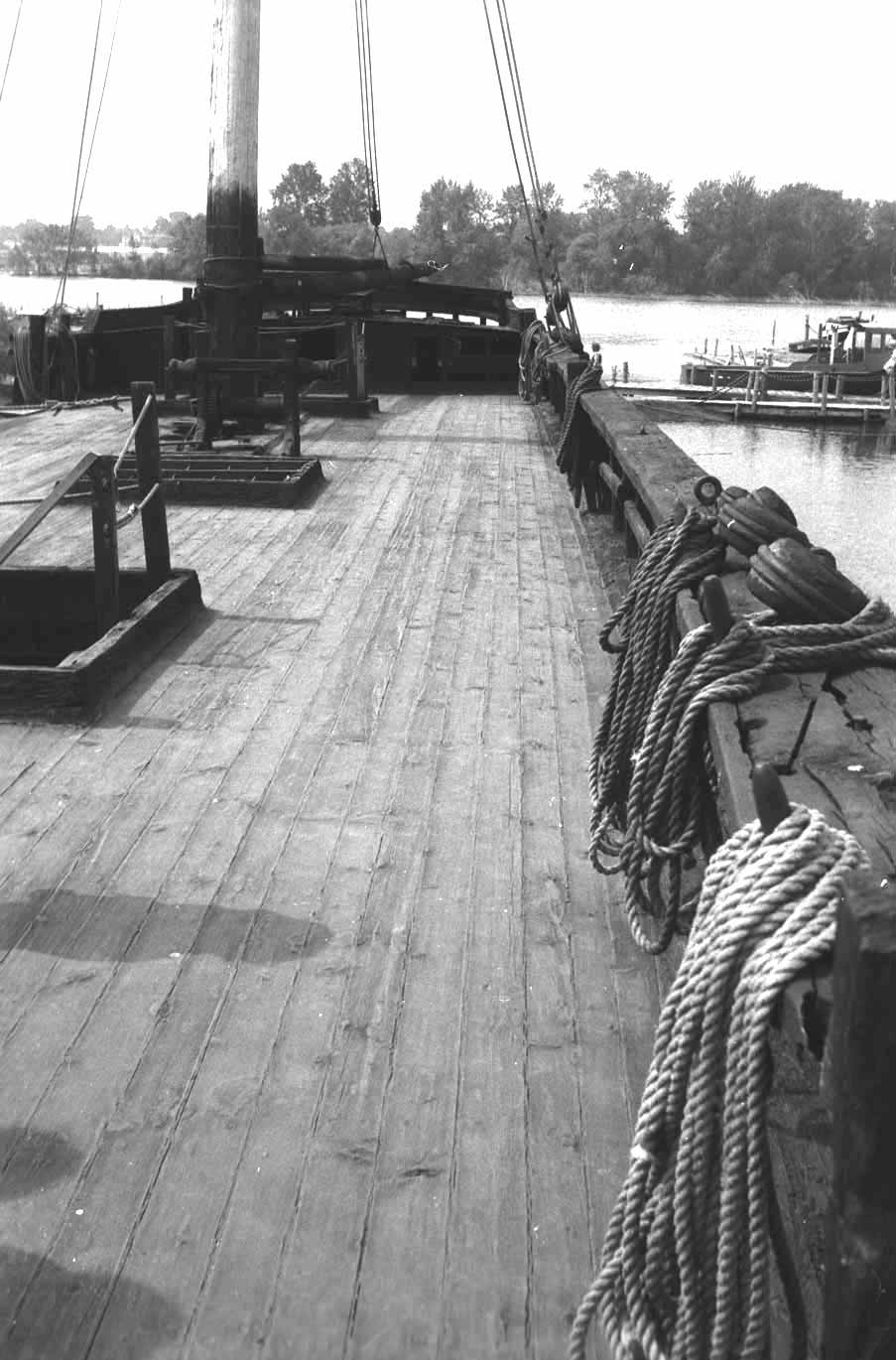