The Chicago Golf Club is a below-the-radar, historic course located in Wheaton, Illinois, due west of Chicago. The Chicago Golf Club was founded in 1892 by Charles Blair Macdonald. Before he moved to New York and helped organize the Links Club and the National Golf Links of America, Macdonald lived in Chicago. Although Macdonald was born in Canada, he grew up in Chicago and was a successful businessman and a member of the Chicago Board of Trade. 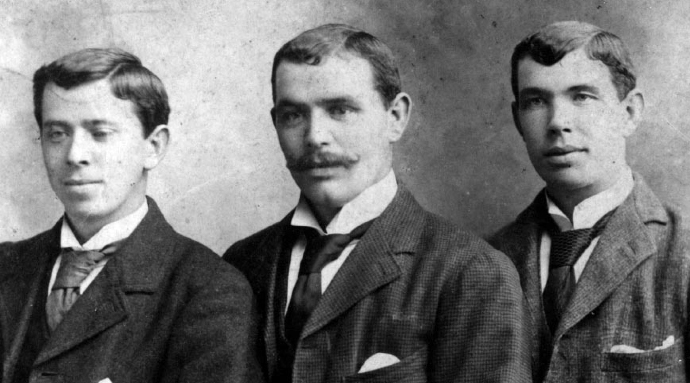 As it turns out, Chicago Golf Club is a club of many firsts – not only did it establish the first eighteen hole course in the U.S., it was the first to adopt out-of-bounds as a rule in the United States, and it was the first club that organized a “caddy-shack” for its caddies to stay in. At the time Chicago built its first eighteen hole course, many clubs in the U.S. were still experimenting with courses of various length – some built six hole courses, others nine, and still others twelve hole courses. Oh one more thing, it was one of the five founding member clubs of the U.S.G.A.

C.B. Macdonald designed the original golf course in Wheaton in 1895. Seth Raynor supervised its construction and made subsequent changes to the course. Macdonald was a famous slicer of the ball so he built the course to favor a slice. The course sits on roughly 200 acres on a rectangular piece of property. The holes essentially are routed in two loops that run clockwise around the property. There is an old, unused polo field in the middle that now serves as a very large driving range.

So when Charles Blair Macdonald wanted someone to be head professional at his newly designed Chicago GC at Wheaton, the first 18-hole course in the country, he remembered the Foulis brothers whom he had met in his visits to St. Andrews, and thereafter offered the position to Robert. An eye injury sustained when struck by an errant shot prevented him from accepting, so he ecommended his brother Jim in his place. 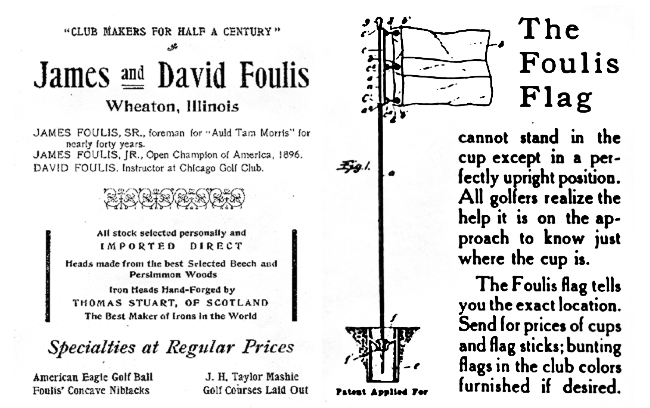 It seems odd today, but prior to the Chicago Golf Club relocation to Wheaton in 1895, there was only one golf club in the Chicago area, the original 9-hole Chicago Club in Belmont. And throughout the West and Midwest only a handful of 9-hole tracts dotted the landscape! But thanks to the Foulis more courses would begin quickly.

Chicago Golf Firsts
The first 18-hole course in the United States was Chicago Golf Club’s, which opened in the spring of 1893 in the suburb of Downers Grove. The club became so popular that, in 1894, the members bought a piece of property to build an improved 18-hole course. They purchased a 200-acre parcel of the Patrick farm in Wheaton, for a then-considerable sum of $28,000, which became “a first class 18-hole course of 6,500 yards.” The site was chosen for its rolling hills covered with native grasses, which reminded Macdonald of Scotland.

The first Masters was won by a Chicago club pro, Oak Park’s Horton Smith in 1934.

The first U.S. Amateur was won by Charles B. Macdonald, the designer of Chicago Golf Club, in 1895.

The first dominant player in the U.S. was Willie Anderson, the only player to win three straight U.S. Opens (1903-05). The winner of four U.S. Opens in a five-year stretch (he also triumphed in 1901), Anderson was the club pro at Onwentsia in Lake Forest.

One of the very first U.S. Women’s Amateur champions was Bessie Anthony, a member at Chicago’s long-gone Westward Ho club. She won her title — then the biggest available to women in American golf — at Chicago Golf Club in 1903, making her one of golf’s first hometown heroines.