The view before us presents the new and magnificent Illinois Central Station, at the south end of the Lake Front Park, and graphically gives the relative situations of the world-famous Michigan Boulevard and Wabash Avenue, once the aristocratic thoroughfare of Chicago, but now a rapidly extending business street. The general view in this region is very beautiful, either looking toward the blue lake or westward on the throngs of fine carriages and well-dressed pedestrians continually passing northward and southward. The remarkable Twelfth Street viaduct may be seen to begin at Wabash Avenue.

This elevated thoroughfare crosses twelve or more great trunk railway lines ere it descends to grade at Canal Street, on the West Side. The Manual Training School is also in sight, and the World’s Fair may be seen from any point south of Van Buren Street along the lake shore. 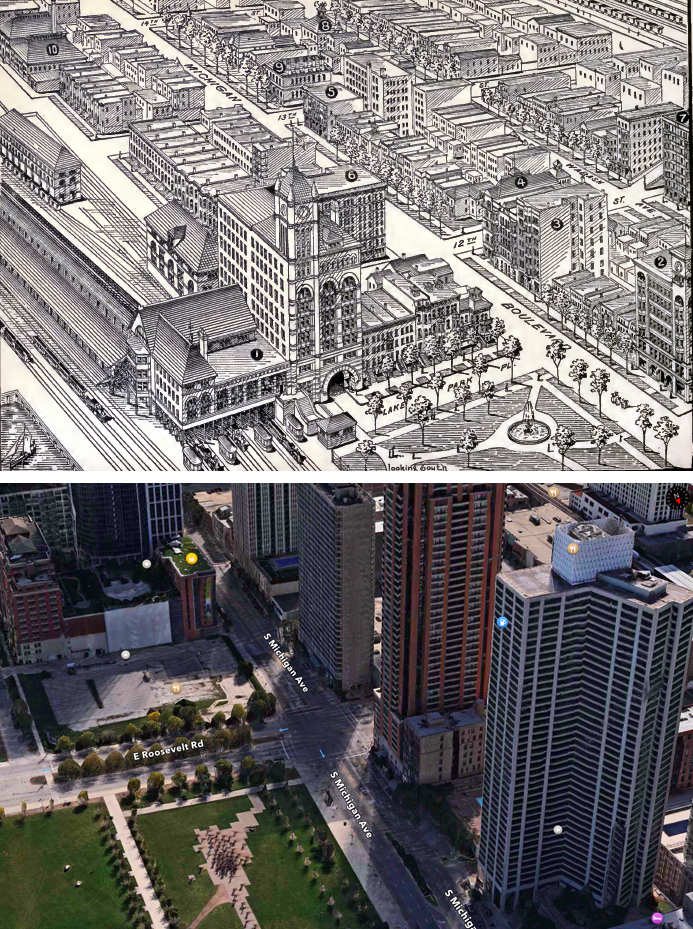 Keys to the Drawing