The Great Fire of 1871 and the rapid rebuilding of the city that followed were an additional impetus to city mapping, and in the last quarter of the century, city atlases began to appear. The earliest of these, Peltzer’s Atlas of the City of Chicago (1872), shows streets, railroads, property lines, and lot numbers in all subdivisions. Similar real-estate atlases were published by H. R. Page (1879), Elisha Robinson (1886), and Greeley and Carlson (1884 and 1891–92). Fire insurance atlases, which show the outlines of all buildings, name businesses, and are color coded to show construction materials, made their Chicago debut in 1877 with Charles Rascher’s Fire Insurance Map of Chicago. The Sanborn-Perris Map Company issued its first volume of Chicago fire insurance maps in 1894; more than 50 volumes had appeared by 1951, and updating of the printed maps by means of paste-on revisions continued into the 1970s.

Elisha Robinson’s publishing company in New York issued its Atlas of the City of Chicago, Illinois in five volumes, covering the entire city as it stood prior to the annexations of 1889.

Volume 5 added the area bounded by Western, North, Pulaski, and the Illinois and Michigan Canal. 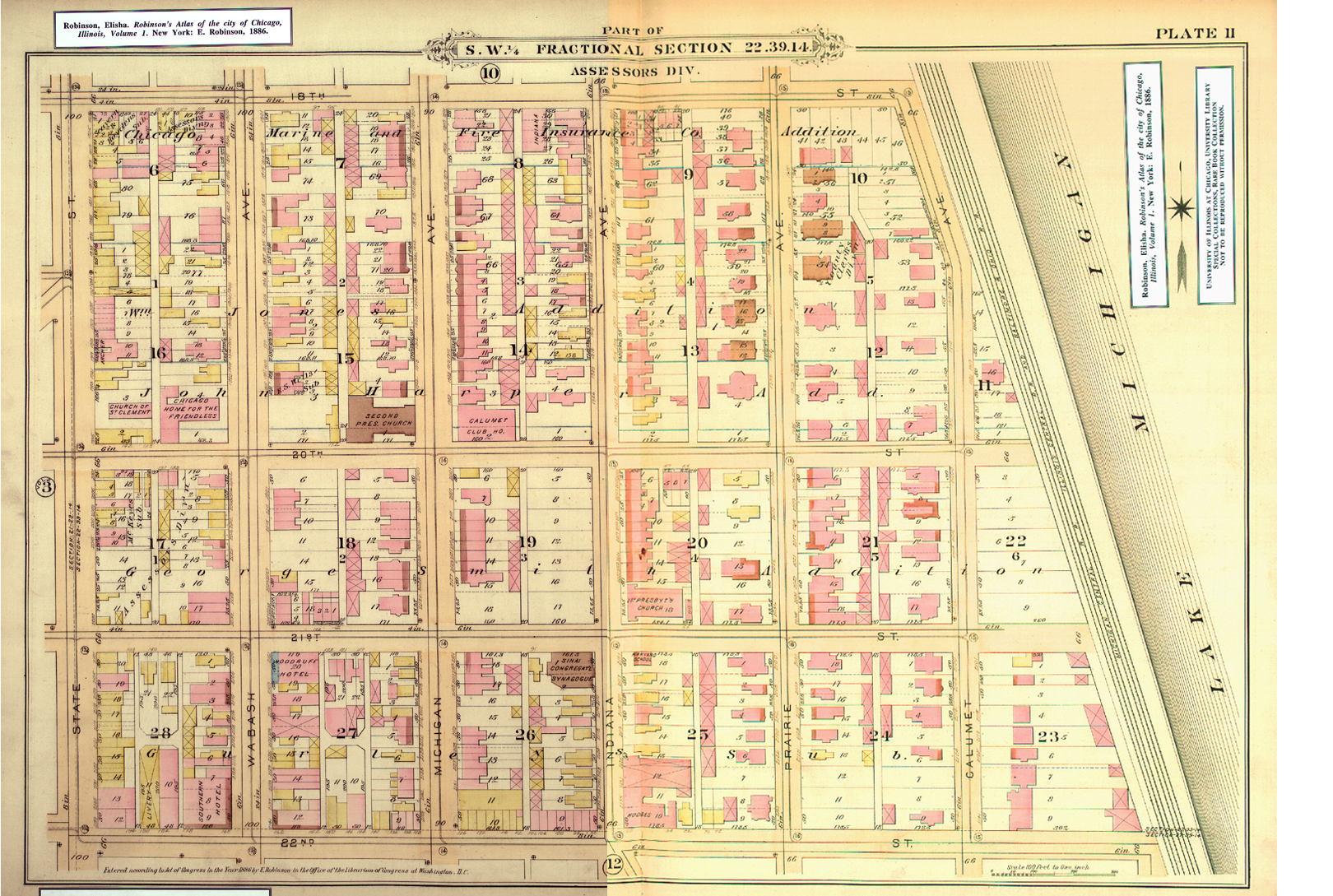 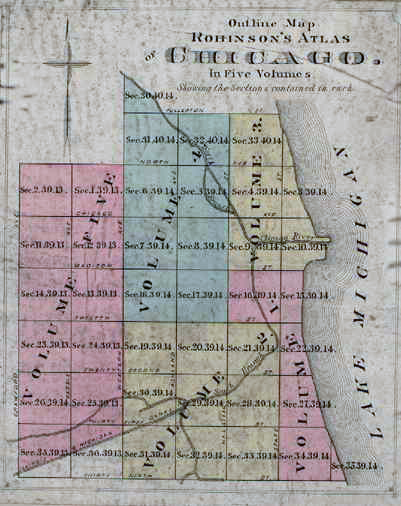 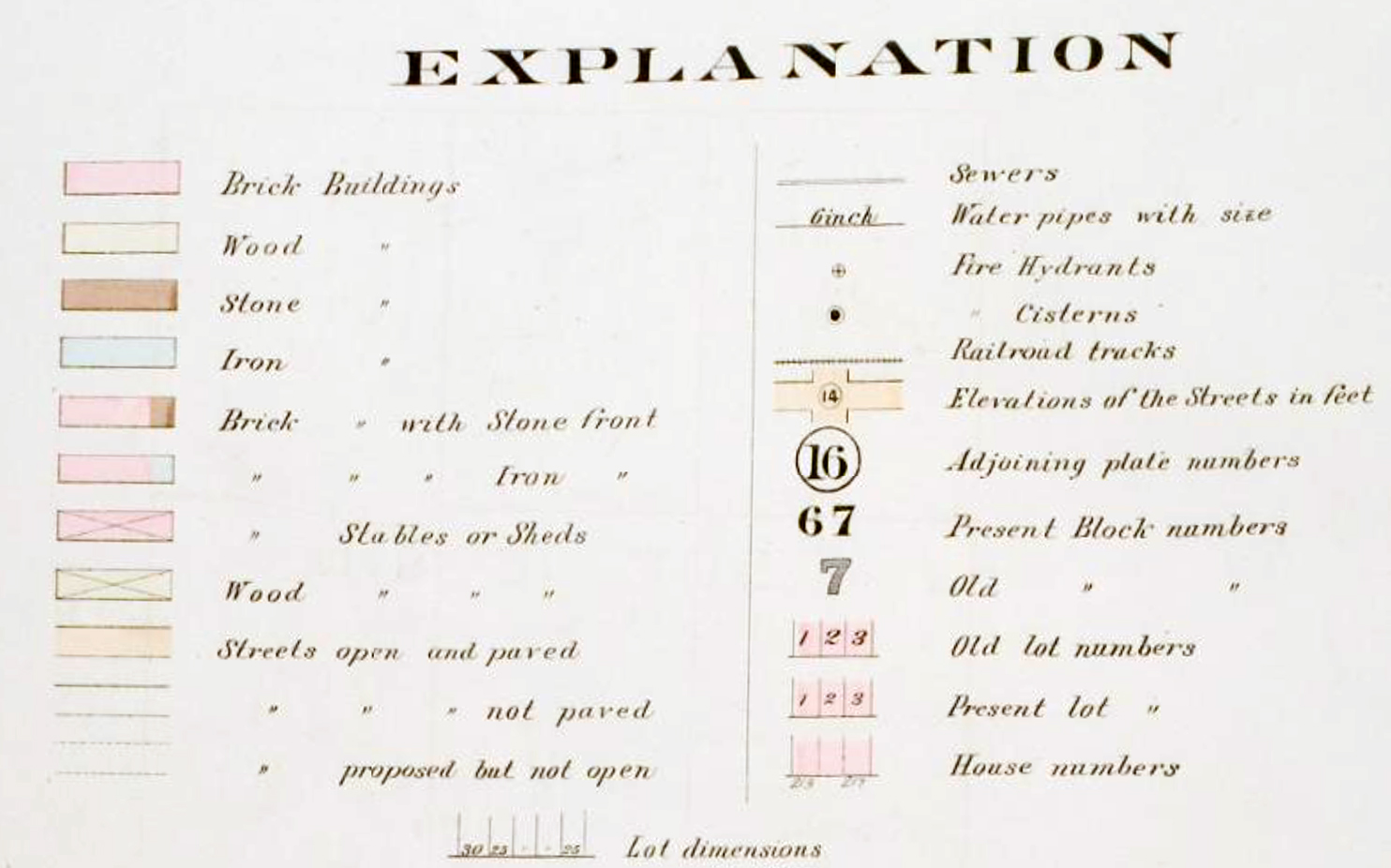