In 1830 Mr. Elijah Wentworth opened at “The Forks,” on the north branch of the river, what was probably the first hotel in Chicago. It was called the Wolf Point Hotel, and on its creaking signboard a wolf was displayed, but whether the point itself derived its name from that circumstance or from another will ever be a disputed question. Some authorities declared that the point on the river bank was famous among very early settlers as a place of resort for wolves, and others insisted that an Indian chief named Wolf had resided on the point or was buried there. Whatever the origin of the name, certain it is that three of the earliest hotels in Chicago were located at or near Wolf Point. About the time Elijah Wentworth flung his sign, with its effigy of a wolf, to the breeze, Samuel Miller opened a tavern in a small log cabin on the opposite side of the north branch. This was known as Miller’s Hotel, and some historians insist that it preceded the Wolf Point Hotel in the field. 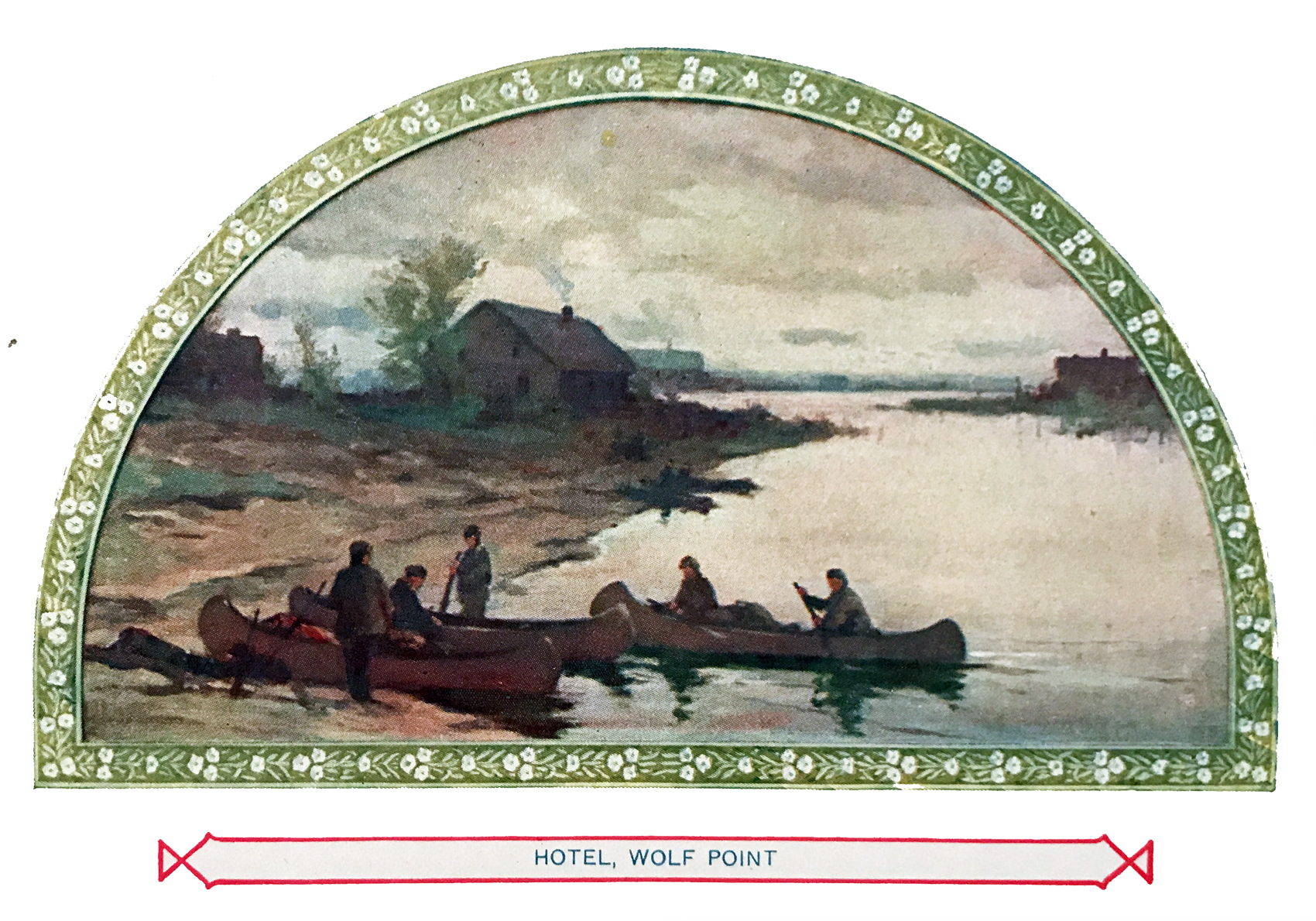 The other hotel in the neighborhood was the Sauganash, afterward famed as a meeting place of politicians, its builder and owner, Mark Beaubien, continuing the business after Miller retired from the field in 1834, and the name of the Wolf Point had been changed successively to the Travelers’ Home and the Western Stage House. By a strange coincidence this, the first hotel in Chicago, ended its public career the same year that its principal rival, Miller’s Hotel, was closed, and when Mark Beaubien retired he turned over the business of the Sauganash to Mrs. Murphy, who at once dropped the picturesque Indian name of the place and called it the Exchange Coffee House. Here John Wentworth, afterward a famous mayor of Chicago, and many other public characters identified with the earl}’ history of Chicago, lived. Their presence attracted to the coffee house the best known public men of that day, and around its tables were discussed the various questions of the hour, both local and national. The old building was destroyed by fire in 1851, after having held its own for twenty years as the center of the hotel life of the city.