Fort Dearborn was erected summer in the summer of 1803, the third year of Thomas Jefferson’s first presidential term, by order of his Secretary of War, Gen. Henry Dearborn. In July of that year work was begun by a construction force under command of Capt. John Whistler, and on the last day of the year the army officers formally took possession. The little garrison at that time consisted of a captain, a second lieutenant, an ensign, four sergeants, three corporals, four musicians, a surgeon’s mate, and fifty four privates. The fort was situated on the south bank of the river, at a bend where the stream at that time turned to enter the lake. The site is now occupied by a commercial house on which is a commemorative tablet. It consisted of two block houses, one at the southeast and the other at the southwest corner of the enclosure, which was surrounded by a stout palisade of timber. There was a subterranean passage to the river, which might have been used as a means of escape in an emergency, or to supply water to the garrison in case of a siege. 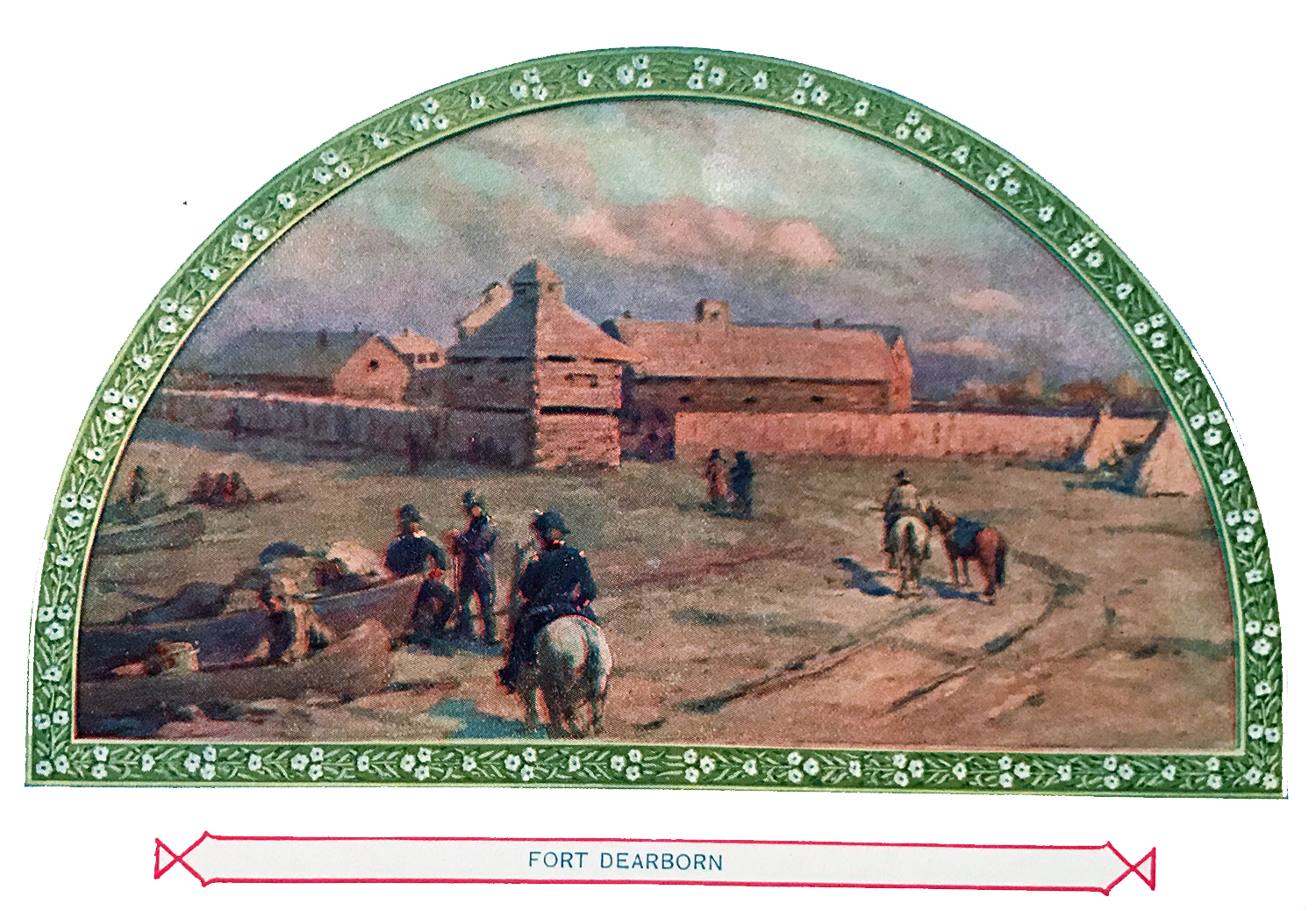 At the west end of the enclosure was a log house occupied by the United States Indian Agency. At the outbreak of the war of 1812, Captain Heald, commanding Fort Dearborn, received orders from General Hull, at Detroit, to evacuate the fort and march his men to Detroit overland, to join the garrison there. Captain Heald at once prepared to move, and, as a final act, distributed all the provisions on hand among the Indians. On the morning of August 15, 1812, the little company set out from the fort, accompanied by a number of settlers with their wives and children, who were too fearful of the Indians to remain in the absence of the soldiers. The party moved along the lake shore, and at a point where now is Eighteenth Street the Indians attacked them, killing 100 men, 10 women, and 20 children practically the entire party. Then the Indians burned the fort. It was rebuilt in 1816, but was not permanently garrisoned, and in 1836 it was abandoned as an army post. The scene of the massacre is now marked by a monument, ornamented with Indian figures in bronze.