In 1779 Baptists Point De Saible, a French trader among the Indians, built for himself a log cabin on the bank of the stream which afterward came to be known as the Chicago River, and that log cabin, enlarged and improved as the years went by, was destined to be the first home in Chicago and the birthplace of the first white child the house of John Kinzie. This Kinzie house, around which clusters so much of the very earliest history of Chicago, stood within seventy-five feet of the water’s edge, on the north bank of the river, and within a short distance of the present Rush Street bridge. When Baptiste Point De Saible built it he had but himself to accommodate, and during the seventeen years he lived in the log cabin it was not much changed. He sold it to another French trader, Le Mai, who improved the place to some extent, and in 1804 it became the property of John Kinzie, ” the Father of Chicago,” Indian trader and original white settler. He enlarged the house to accommodate his family and made of it a long one-story building with a gambrel roofed attic 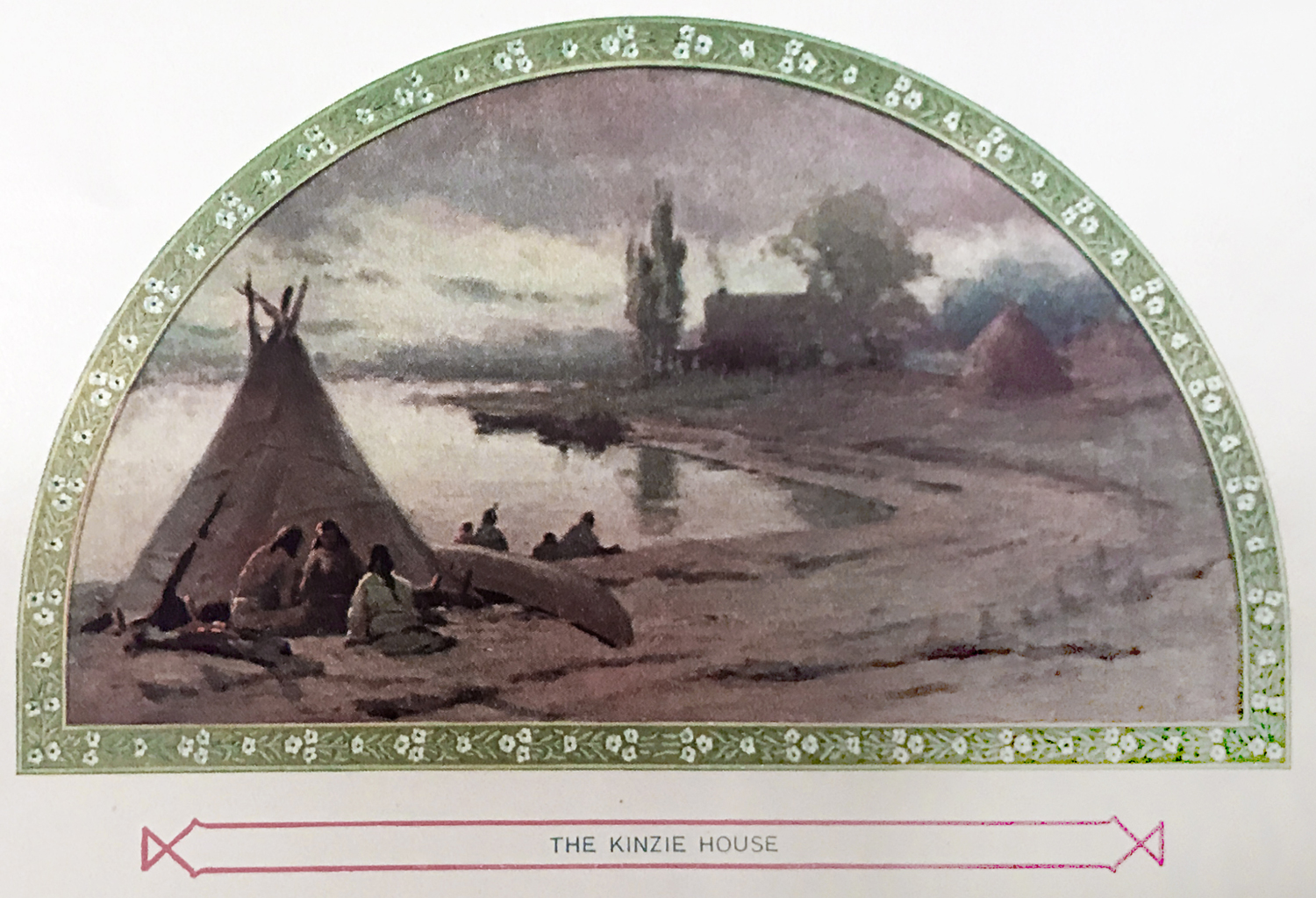 It had a southern exposure, a door in the center of that side, and three windows on either side of the door. In that old log house in December, 1804, the year John Kinzie bought it, the first white child born in Chicago, his daughter Ellen Marion, first saw the light. She was his second child, and fit is to his son, John H. Kinzie, and the latter’s wife who wrote “Waubun,” that later generations owe most of their information about those formative days in Chicago’s history. John Kinzie was sutler to the garrison at Fort Dearborn, and when the soldiers started on the fatal march to Detroit, which ended in the massacre at Eighteenth Street, he went with them as an enlisted man, having left his family in care of friendly Indians. He was captured by hostile Indians and separated from his family for four years. After his return the old Kinzie house was the center of the social life of the little settlement, until his death in 1831. After that it was occupied by J. N. Bailey, first postmaster of Chicago, and the first post office was in the building. Not long after that it was destroyed.