The first white man to set foot in Chicago was Father Jacques Marquette, the Catholic missionary, who has left the impress of his personality upon all of the northwest lake region. His visit to the Indians camped at the mouth of the Chicago River, in the winter of 1674, was the last mission he undertook, as he died in the following spring while attempting to return to Mackinac. The illness which resulted in the death of the famous missionary overtook him not far from the present boundaries of Chicago, near what is known as “The Sag,” on the Desplaines River. Here he camped for the entire winter with the Indians, who revered the “black-robed chieftain” for his good works among them. Born in France in 1637, he early entered the church, and at the age of twenty-nine years determined to come to the new world to spread the gospel among the savage aborigines. Naturally, he selected as his starting point the French settlements in Canada, and established missions for the Indians at Three Rivers, Sault Ste. Marie, and Mackinac. 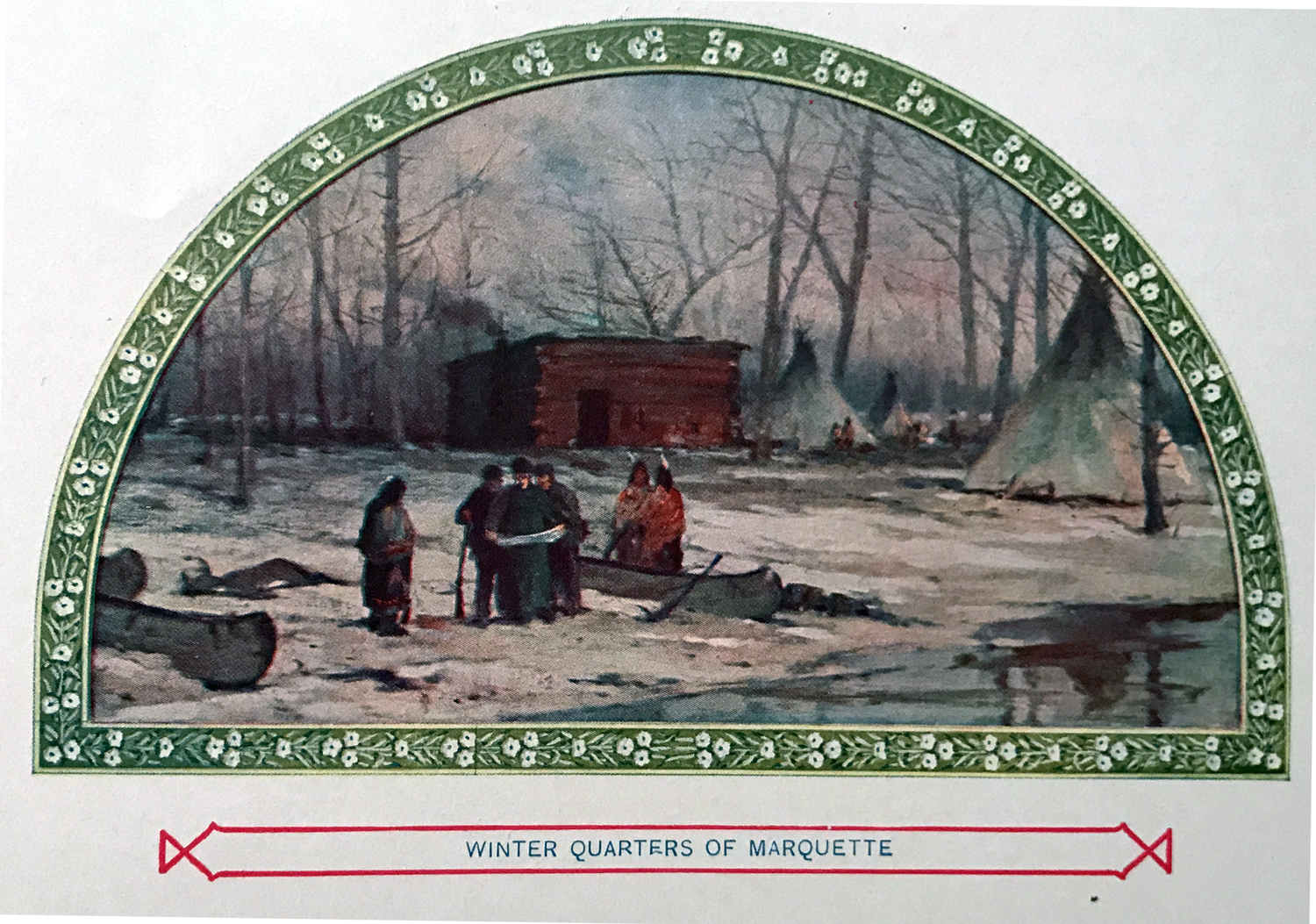 In 1673, with five companions, he started to explore the Mississippi River, of which the Indians had told him. The party floated down the great river in canoes to the mouth of the Arkansas River, and from there returned to Green Bay. Father Marquette encountered a number of Kaskaskia Indians on the trip, members of a tribe which inhabited Illinois, and he promised to return to them the next year to establish a mission. In the fall of 1674 he left Green Bay and sailed down Lake Michigan to Chicago, stopping at Milwaukee, Racine, Kenosha, and other points. He found an Indian village at the mouth of the Chicago River, and after some time sailed up the south branch as far as he could. Attempting to continue his journey on the Desplaines, he fell ill and camped there for the winter. The next spring he started on the return journey to Mackinac, but died near St. Joseph, Michigan, May 18, 1675. The details of these journeys are known to history through the journal which Father Marquette carefully kept during his missionary labors.