The “Old Galena Depot” was the first railroad station in Chicago. It was built in the winter of 1848-49 and situated on the corner of West Kinzie and Canal streets. The Galena & Chicago Union Railroad Company was incorporated January 18, 1836, eleven years before the construction of the road was begun, and twelve years before the first train was run, November 21, 1848, between this city and the Desplaines River, a distance of only ten miles. The enterprise did not actually start until after the original charter was amended in 1847, when the stock books of the company were opened for subscriptions. Not Eastern capitalists, but Illinois farmers and Chicago merchants, were asked to subscribe. When their subscriptions, or pledges, had amounted to $350,000 the work at the east end of the road was commenced, but not inside the city limits, which were at Halsted Street. The Common Council refused the company the right of way into the city. 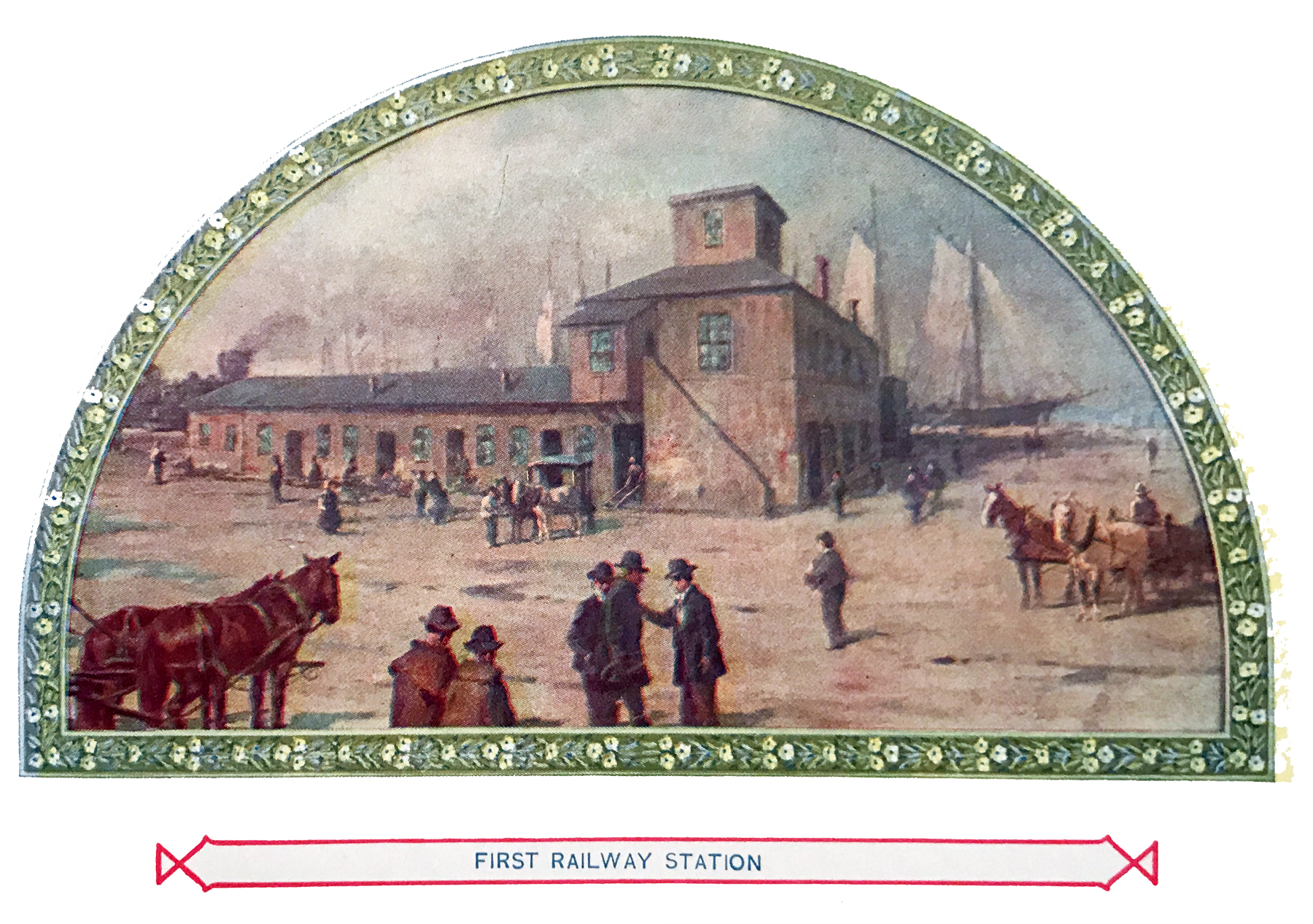 But when the first locomotive, the Pioneer, arrived in the harbor, the company was permitted to lay down a single strap-iron track on which to run out the engine and material. Then the Common Council reconsidered the question and freely granted the right of way. There was no depot until after the trains were running to the Fox River. Passengers entered the cars and left them on the open prairie. There was a doorless cabin for the single engine, which barely sufficed to shield it from the storms when at rest. The building of the depot was delayed because of a rivalry between the west and the north sides for the location, but in the winter of 1848-49 a wooden depot was built. The main part was of two stories, mounted with an observatory for the train starter. There was a waiting room and a ticket office on the ground floor. An outside stairway led to the upper story, where the offices of the company and the telegraph operator were located. The first depot at Wells Street was likewise of wood and was built in 1851. The present station, known as the North-Western, was erected in 1873.