The first bridge in Chicago was constructed in 1834, at Dearborn Street, to furnish easy and rapid communication between the settlements on either bank of the river, which afterward came to be known as the north and south divisions of the city. Prior to the construction of the bridge there was a ferry at Dearborn Street, a wide, flat-bottomed boat attached to a stout cable and drawn across the stream by hand, carrying freight, passengers, and domestic animals from one section of the village to the other. In 1834 it was determined to supplant this primitive service by a wooden bridge, and the ferry was removed to Rush Street, where it did service until 1856. The bridge at Dearborn Street was 200 feet long, with a draw of sixty feet at one end. Considerable opposition to the bridge was manifested by some of the citizens for various reasons. It was said that it obstructed navigation, and timorous pedestrians were sometimes startled by its gallows arrangement at either end, when it was encountered suddenly at night 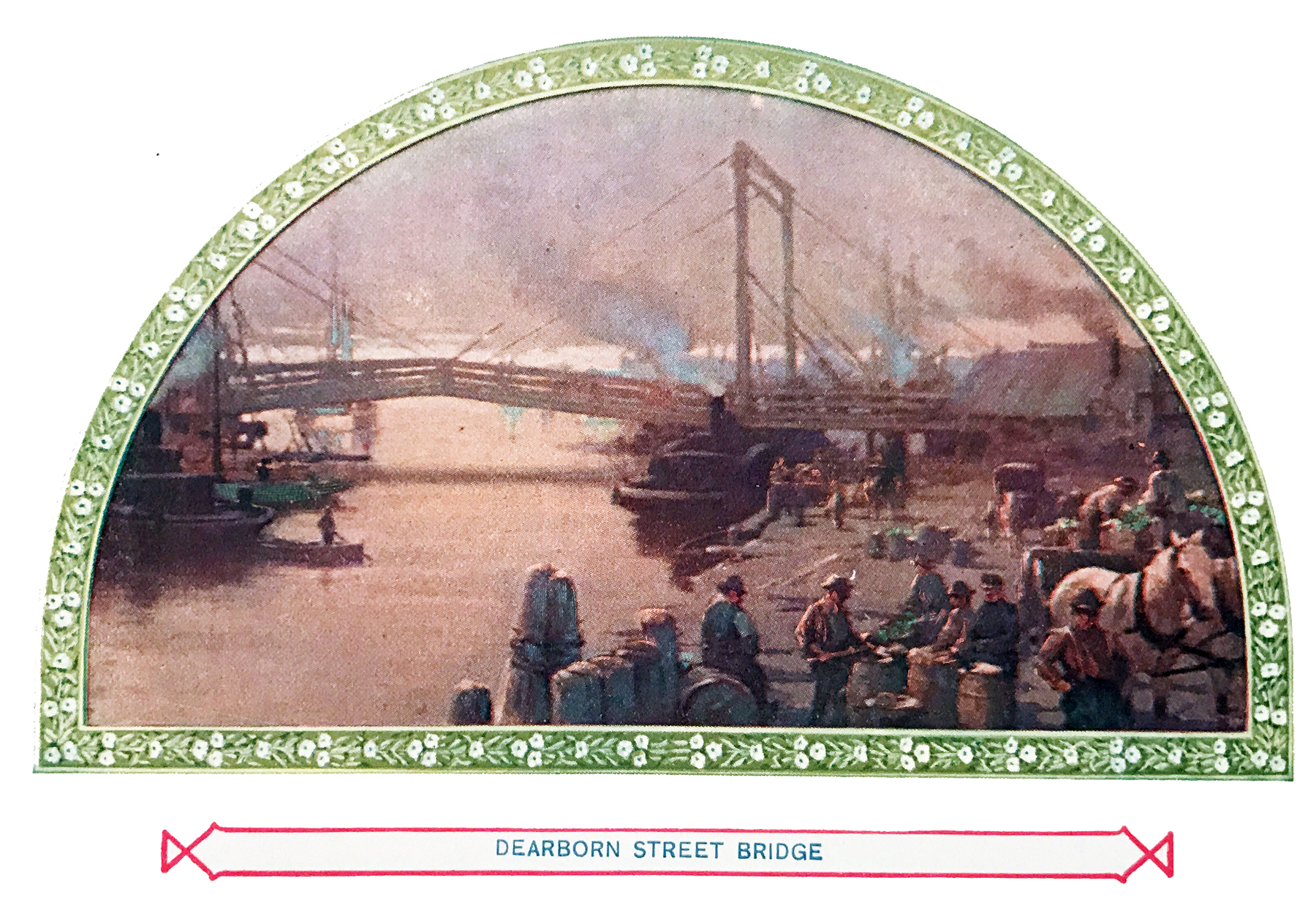 The machinery by which the draw was operated became deranged upon one occasion, and for two days and nights the draw remained open. Then a movement was begun looking to the removal or destruction of the bridge, and, as the city had been incorporated by that time, the City Council was called upon to act. Yielding to the popular clamor, the council ordered the bridge removed, and in 1839 it was destroyed. The result was not as satisfactory as had been anticipated. Merchants and shopkeepers on Dearborn Street found their trade seriously affected by the diversion of commerce and pedestrians from that street to the ferry, and when in 1840 it was proposed to erect a bridge at Clark Street, an effort was made to have the new structure placed at Dearborn Street on the original bridge site. This proposition met with defeat in the council, Clark Street got the new bridge, and Dearborn Street remained without one until 1889, when the present iron bridge was placed in position. Monroe, Franklin, and La Salle streets are the only down-town streets without bridges.