What the railroad station is to the country town to-day, Frink & Walker’s stage coach office was to early Chicago the center of public interest several times a day, the place where strangers arrived in town, where residents set out upon long and often hazardous journeys, where the mail was received and dispatched in short, the transportation center of the growing city. From 1832 until the coming of the . first railroad in 1848, the stage coaches of Frink & Walker were the only link connecting Chicago with the outside world, and for several years after the primitive locomotives had come puffing in and out of town, the stages continued to run regularly, carrying passengers and mail to and from many places not reached by the first railroads. Even before Chicago was incorporated as a village, the firm established its first stage line, in 1832, to Galena. Oddly enough, that town was also the terminus of the first railroad. As settlements increased in number, Frink & Walker met the growing demands by establishing new lines of coaches to all parts of the Northwest, as far as Milwaukee and Prairie du Chien, and on the south a line extended to St. Louis. 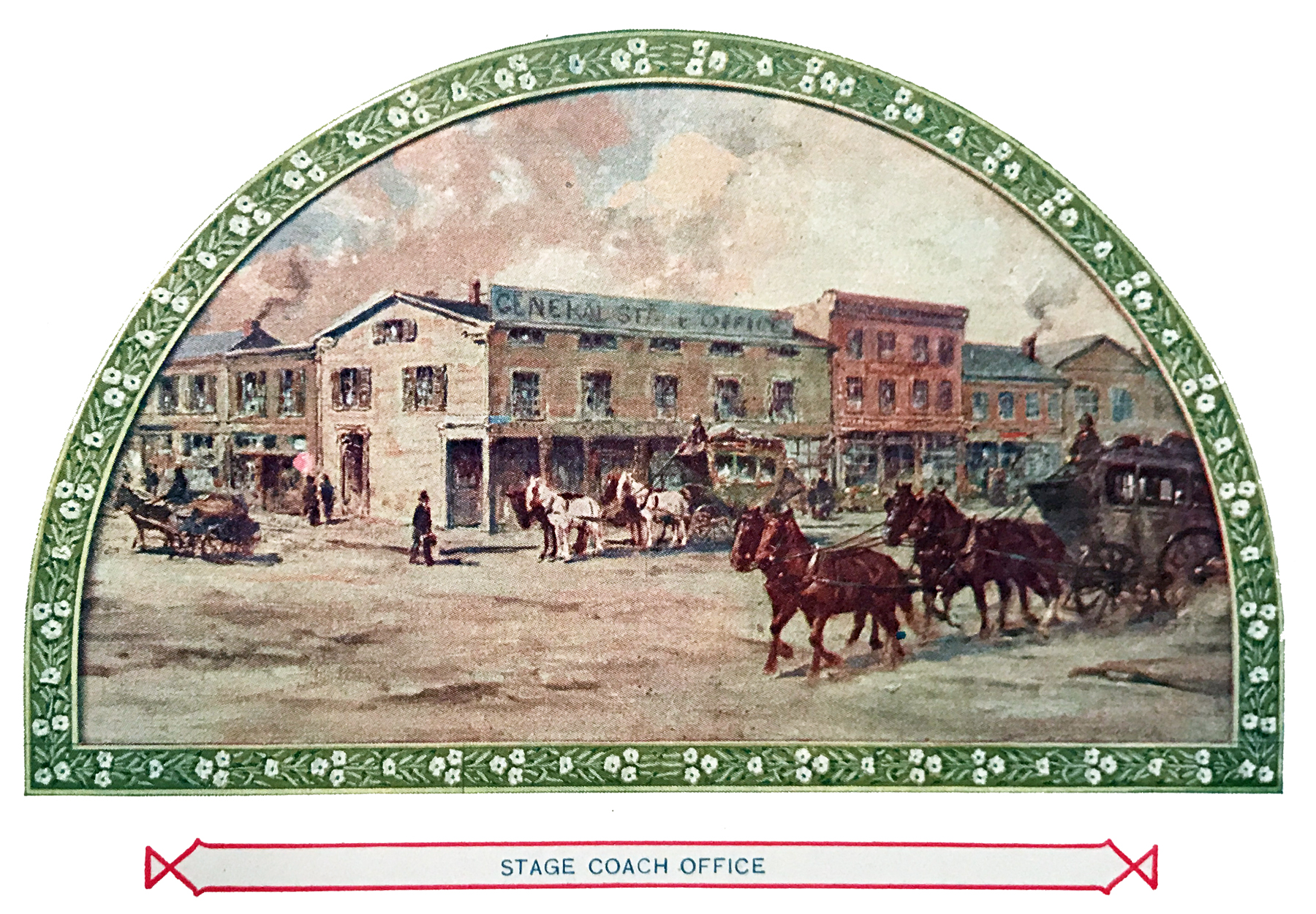 The stage coach office, from which all the coaches departed, and which was usually surrounded by an interested group of idlers, was on the southwest corner of Dearborn and Lake streets. Many of the stages, especially those obliged to traverse muddy roads, were equipped with six horses, and, in addition to the skillful driver, carried a postillion , who blew a horn gaily when the stage was pulling out, and played a fanfare on its arrival, to notify the idlers that the stage was in with the mail and passengers. Now and again the passengers and drivers on these coaches had a brush with the Indians on lonely stretches of the road, but more often their experiences were confined to struggles with the deep mud of the roads through the woods and across the prairies. The extension of the railroad lines to all parts of the territory reached by the stages led to the abandonment of a picturesque feature of life in early Chicago.