From the bridge across the Chicago River at Lake Street probably the best view of the river, and of the commerce which it carries on its bosom, may be obtained. Immediately north of the bridge the river is wider than it is at any other point, for it is there that the north and south branches of the stream unite to form the main river. Originally the currents of the north and south branches, flowing together at that point, swept out into the lake, and the main river flowed therefore almost due east; but the sanitary needs of the city, and the engineering feats they brought about, have worked mighty changes in these latter days, and now the waters of the lake pour into the main channel of the river through what was once its mouth, flow to the west until the old merging point off Lake Street bridge is reached, and then turn sharply south and flow down through the Drainage Canal to the Mississippi River. The waters of the north branch, deprived thus of their natural outlet, do not flow with their old-time force, but mingle slowly with the pure lake water which rushes to the south under Lake Street bridge. 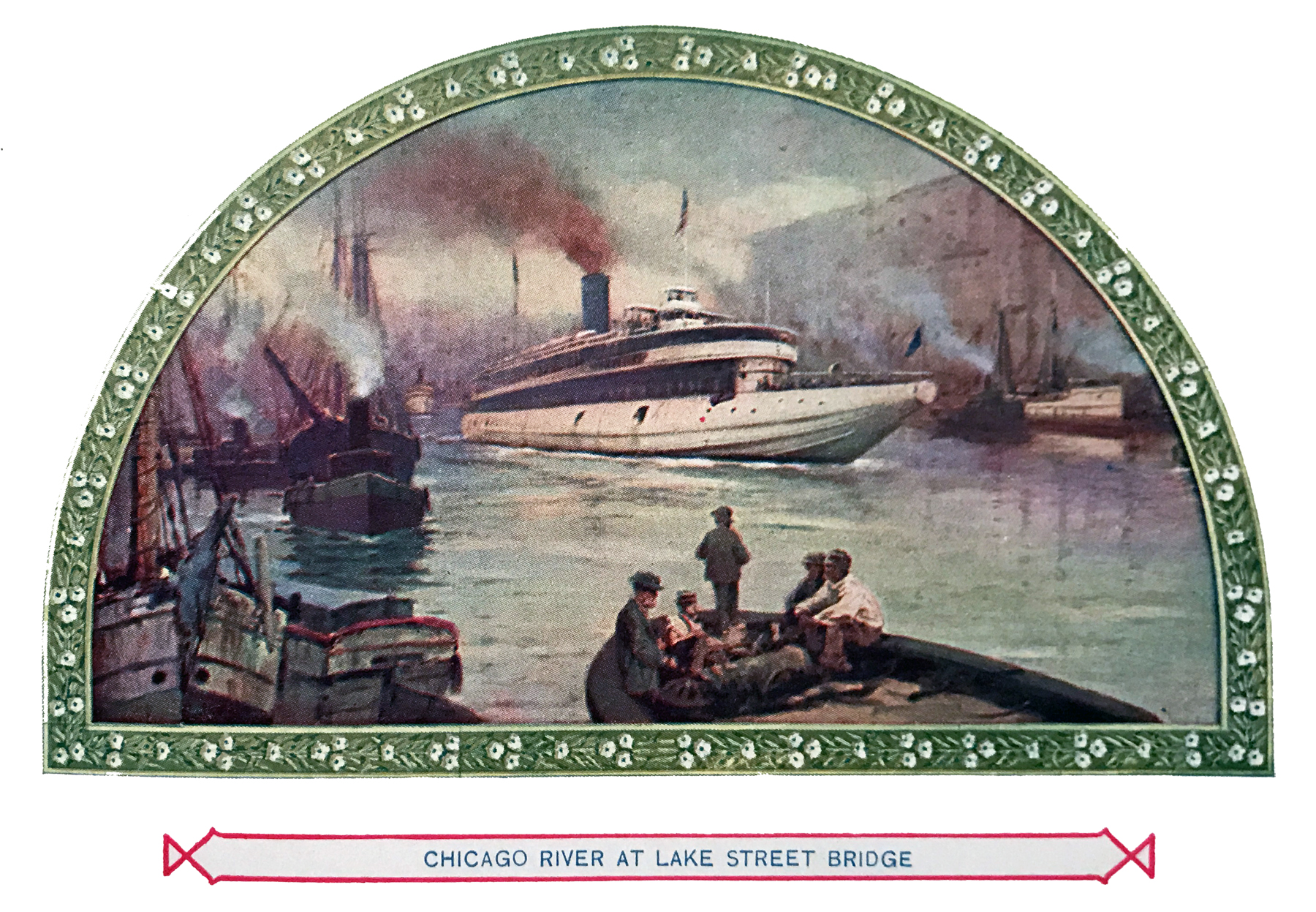 At this point, too, the commerce of the river divides, to a certain extent. Until Lake Street bridge is reached, the main channel of the stream bears craft of every nature in-bound from the lake mighty steel steamers laden with millions of bushels of grain, huge freighters bearing immense stocks of coal, and old-fashioned schooners loaded to the water-line with cargoes of lumber. ‘At Lake Street bridge the lanes of commerce separate, in many instances. Most of the grain elevators and lumber yards are located on the south branch, and the great coal yards are on the north branch. Hence the endless procession of freight carriers separates into two columns at Lake Street bridge, and each pursues its own course. To the east, around the bend in the main channel of the river, some of the splendid passenger steamers which ply between the lake ports, or venture out with gay excursion parties, can be seen at their docks, and the whole panorama is one of industry and intense energy.