Earth was first broken in the construction of the Drainage Canal in the rock cut below Lemont, September 3, 1892. Between that time and January 17, 1900, the date on which the water was admitted to the channel, 12,265,000 cubic yards of solid rock were removed. This mass of rock extended from Willow Springs to Lockport and was 15 miles long, 160 feet wide, and 26 feet thick. Its removal engaged the energies of thousands of men nearly seven years, and required the employment of the most highly improved cutting, blasting, and hoisting machinery. It was a tremendous task, more momentous in its way than the building of the pyramids of Egypt, for its results are to have a direct effect upon the health of millions of people, and possibly upon the commerce of a nation. From Robey Street, where the Drainage Canal practically begins, to Willow Springs, the work of excavation was done in earth and glacial drift, loose rock, and sand. 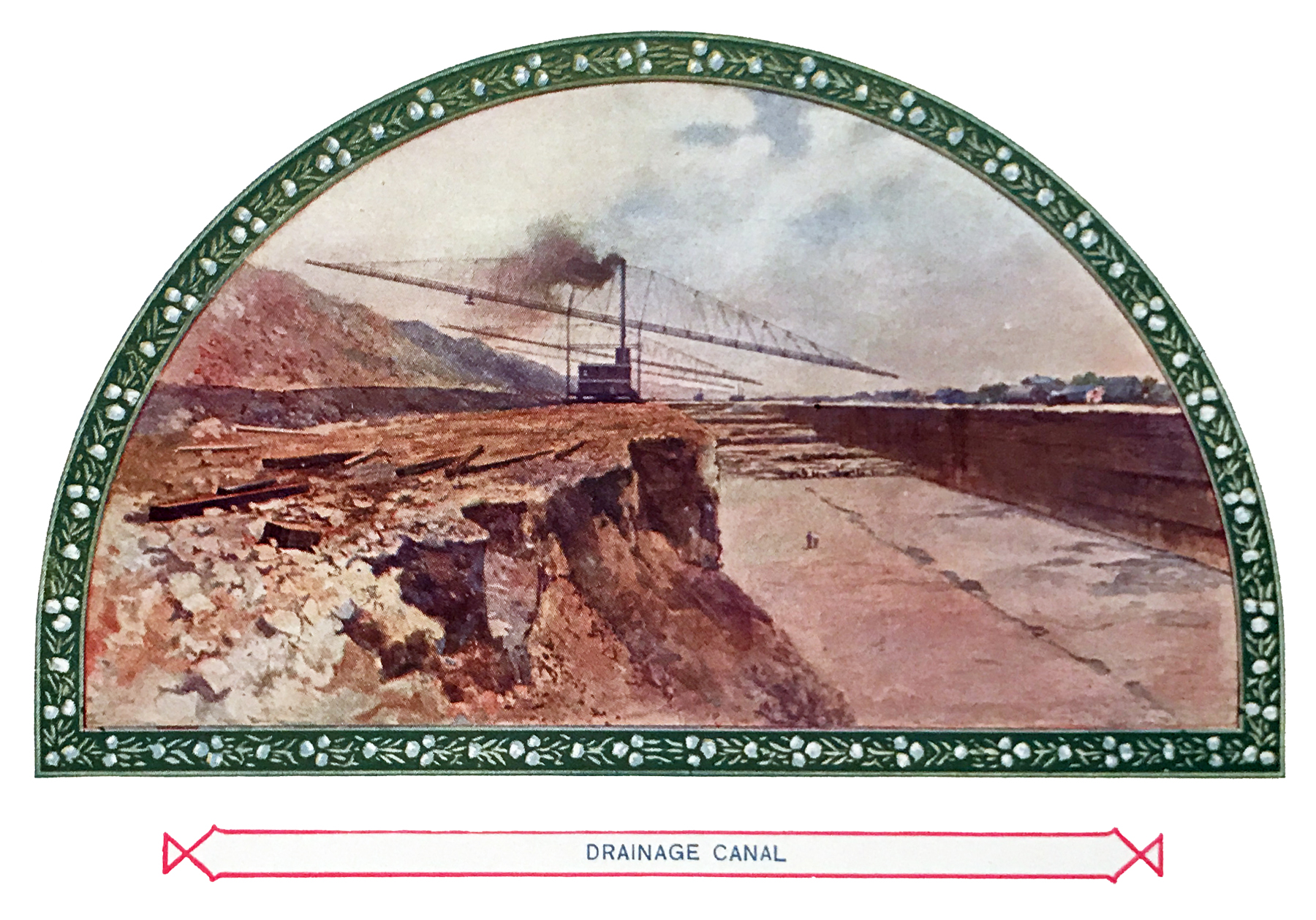 The lower fifteen miles of the channel, however, from Willow Springs to Lockport, was in solid rock, and the contractors who undertook the herculean task of removing it found much to contend with. The sides of the channel were cut down vertically by channeling machines, driven by compressed air, and the rock was drilled for dynamite charges by air drills. The average daily output of rock for the month of June, 1895, reached 21,365 cubic yards, requiring the use of eight tons of dynamite. The largest amount of rock removed in any one month was in August, 1894, when 413,164 cubic yards of rock were taken out of the cut by all the contractors, a record which has probably never been equaled in any similar work. In certain places where the natural stone walls of the channel crumbled or were missing, smooth walls of cut stone were built, so that the entire course of the canal from Willow Springs to Lockport is lined with stone walls as smooth and perfect as those of a monster building. At Lockport, where the channel ends, the rock cut widens to a windage basin of sufficient width to allow the turning of the largest ships the canal will carry.