The business center of Chicago from 1840 until about 1860 was on Clark Street, in the first two or three blocks south of the river. This was brought about largely by the construction of the Clark Street bridge in 1840. 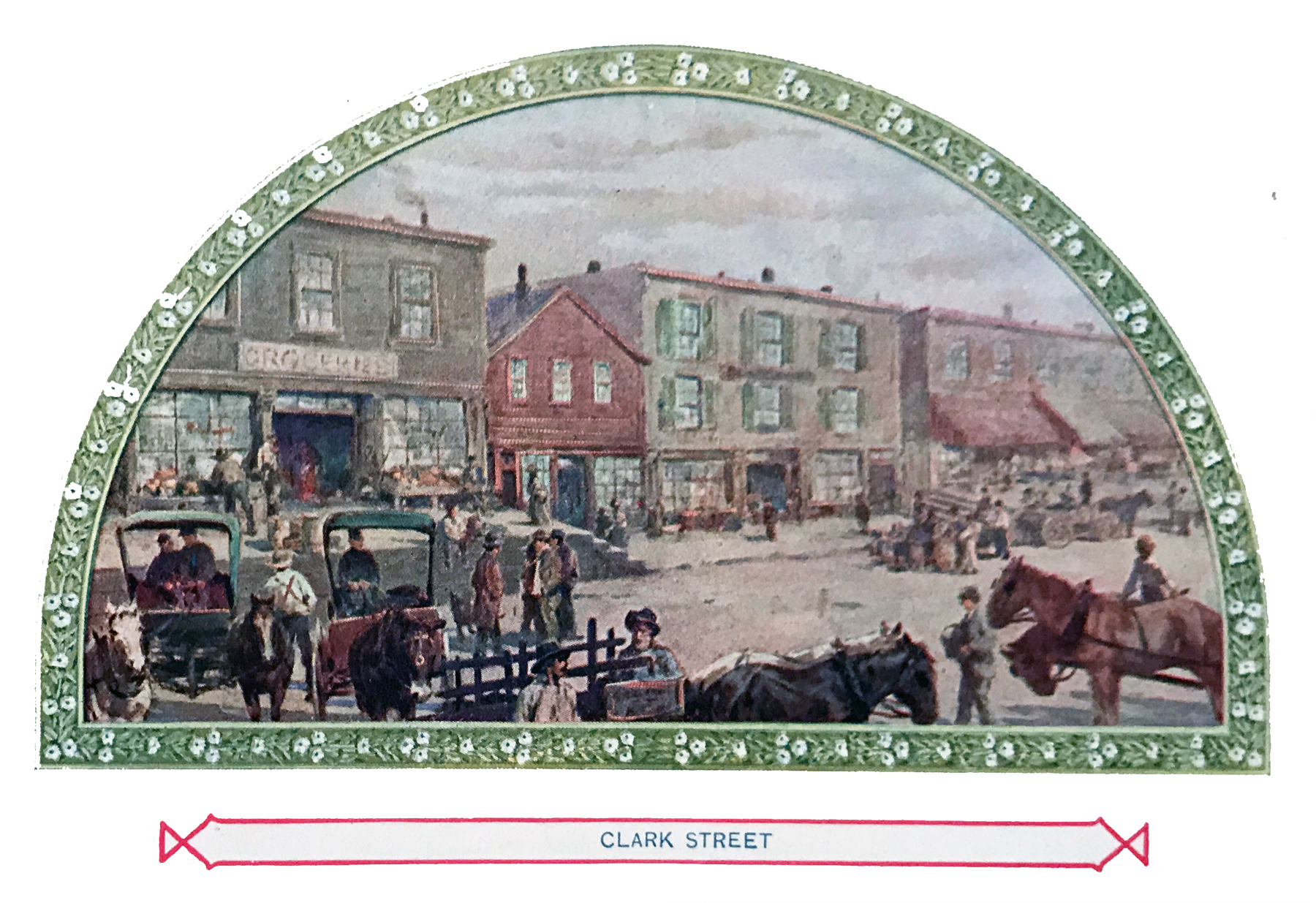 Merchants and small shopkeepers sought locations in the neighborhood of the bridge, where the traffic was greatest, and when both sides of Clark Street were occupied by commercial houses, South Water Street and Lake Street, for three or four blocks east and west of Clark Street, were filled up with business houses, hotels, and offices of professional men. On the east side of Clark Street, in that neighborhood, the post office was located, and here, too, were the newspaper offices of the principal journals, the printing house of Rand, McNally & Company, and sixteen banks, including the bank of George Smith, a wealthy Scotch banker, lately deceased in London.

Notwithstanding the fact that the greater portion of the city’s business was done in those two blocks on Clark Street, and that the leading hotels of the city were in the neighborhood, the street was not paved until 1856, and then it was the first street in the city to be so improved. It was planked in 1849, but the drainage was on the surface, in gutters running to the river, and when sewers were constructed in 1855, preliminary to the paving, the surface of the street was raised to eleven feet above datum. In 1857 it was raised four feet more, and in 1871, after the great fire, an additional two-foot raise made a total raise of fourteen feet above its original level. When this grading was begun in 1855, and for many years thereafter, several of the sidewalks remained at the old grade, while adjoining walks were raised to conform to the new conditions, and the result was a succession of steep steps, which gave the principal street of the city a most unattractive and unfinished appearance. This defect was gradually wiped out, as one property owner after another brought his lot line up to grade, and the destruction of the old buildings by the great fire hastened the improvement.

When the city was rebuilt the buildings were all at grade.