It was after twenty years of agitation, followed by legislation in Congress and in the State Legislature, that the first train entered the Illinois Central Railroad Station in 1855. As early as 1830 the idea of a railroad running lengthwise through the center of the State had been put forward by many prominent people, and in 1835 Judge Sidney Breese, then on the circuit bench, issued a letter to the public, pointing out the advantages which would accrue to the State from such a railroad. Later, as United States Senator, he urged the passage of a bill granting 2,595,000 acres of public lands to the Illinois Central Railroad Company. Stephen A. Douglas, as Representative and as Senator, also championed the proposition, and the outcome of the agitation was the incorporation of the Illinois Central Railroad Company, under a special act of the Legislature, in 1852. The company agreed to build 700 miles of railroad in Illinois, the main line from Cairo to La Salle, and from that point branches to Chicago and Galena. 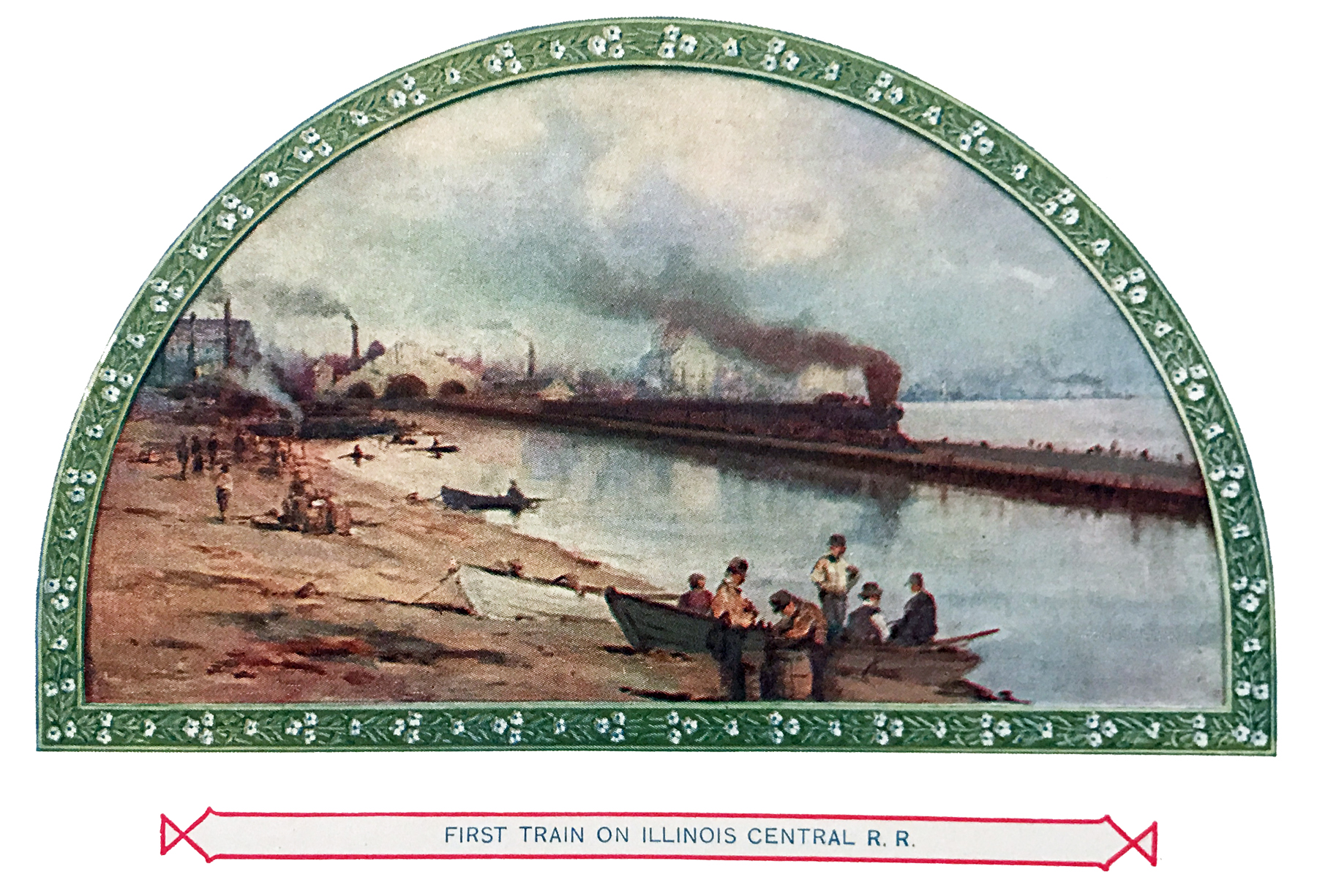 In 1855 the line was finished and the first train entered Chicago. Right of way along the lake shore, as far as the south pier of the inner harbor, had been granted by the City Council and the Legislature, the strip included in the right of way being approximately 300 feet wide; but provision was made that the railroad should be built at least 400 feet from Michigan Avenue, and for that reason the track was constructed on piles part of the way. The station was built at the foot of Randolph Street, and was an imposing structure for those days, being 500 feet long and 180 feet wide. It was also used as a terminal station by the Michigan Central and the Chicago & St. Louis railroads. The building was destroyed in the great fire of 1871 and was not rebuilt, inferior structures being occupied until 1893 when the present splendid station was erected at Park Row. The site of the original station, which was not wholly cleared of the ruins of the great fire for nearly twenty years, is now used as a terminal of the railroad’s immense suburban traffic. Many famous people first viewed Chicago at the old station.