Until Chicago was devastated by the great fire of 1871, the most momentous public calamity in the annals of the young city was the great flood which swept down the river on March 12, 1849, carrying away bridges, tearing vessels by the score from their moorings, destroying ships and wharves, and spreading terror throughout the city. The winter of 1848-49 had been long and very cold, with frequent heavy falls of snow. The great prairies west of the city, drained by the Desplaines River, were covered with snow to a depth of several feet, when, in the early days of March, a sudden thaw set in, accompanied by a heavy and continued rainfall. The mighty volume of water produced by the melting snow and the rain was too great to be accommodated by the bed of the Desplaines River, and the overflow poured across the low-lying country between the Desplaines and the South Branch of the Chicago River. The floating ice on the south branch, hurried forward by the flood waters toward Lake Michigan, formed a jam which caused the flood to back up and spread over the surrounding country. 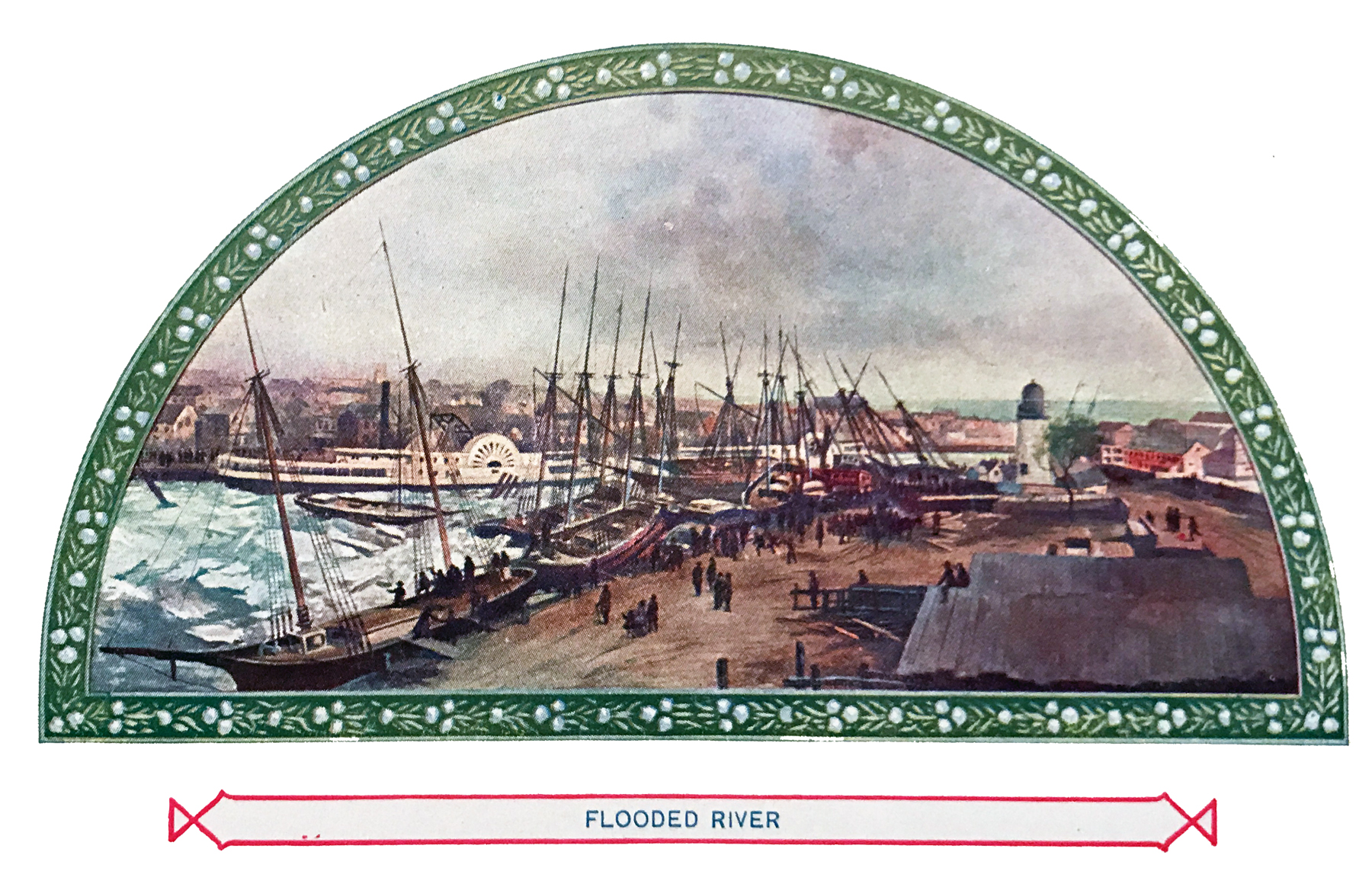 But, gathering strength from the continuous rainfall and the melting snows, the waters finally burst the ice-jam and carried it, whirling and grinding, down the south branch to the city. Canal boats and lake schooners, moored to the wharves for the winter, were torn from their fastenings and carried onward by the rushing waters. The bridge at Bridgeport was swept away in a moment, and added its weight to the destroying force which went crashing forward to the Randolph Street bridge. That, too, gave way before the flood, which had been gathering strength as it traveled
toward the lake, and the whole mass was hurled against the State Street bridge, where a bend in the river served to stay its onward rush. The ice, boats, and shattered bridges piled up against the State Street structure and the waters whirled onward to the lake. Forty vessels were destroyed, twelve drifted free on the lake, and not a bridge was left intact when the flood subsided. The loss was $150,000.