John William Kiser, capitalist and manufacturer, was born at St. Paris, Ohio, 20 June, 1857, the son of George Riley and Margaret Ellen (McVey) Kiser. His father was a farmer and stock raiser, and accumulated over 1,000 acres of rich farm lands before his death. After his preparatory education at the grammar and high schools of St. Paris, he entered Wittenburg College at Springfield, Ohio, where he was graduated B.A., in 1884, with the highest honors.

After leaving college, he had planned to pursue the study of law, but conditions made this impossible, and in 1884 he accepted a position with O. S. Kelly Company, large manufacturers, of Springfield, Ohio, as traveling collector and adjuster of litigated claims. In 1889 he resigned this position and went to Chicago, Ill., became identified with the Chicago Sewing Machine Company, subsequently becoming its manager. Mr. Kiser was practically without funds when arriving in Chicago, but with the energy of a young farmer and the brains of a captain of industry, he took advantage of the opportunities that confronted him and through untiring efforts, within a few years, he had accumulated a large fortune.

Out of the sewing-machine company was evolved the Monarch Cycle Manufacturing Company, which was organized by Mr. Kiser in 1892 with a capitalization of $500,000. He was the president and majority stockholder. He seized the wonderful opportunity offered by the bicycle and made this concern one of the strongest in the field.

In 1899 Mr. Kiser sold the Monarch Cycle Manufacturing Company to the “Bicycle Trust,” and in so doing displayed that fine judgment which has crowned all his business ventures with such phenomenal success, for very shortly the crash came. He saw that the automobile would soon succeed the bicycle in popular esteem and so conserved his resources at the outset. 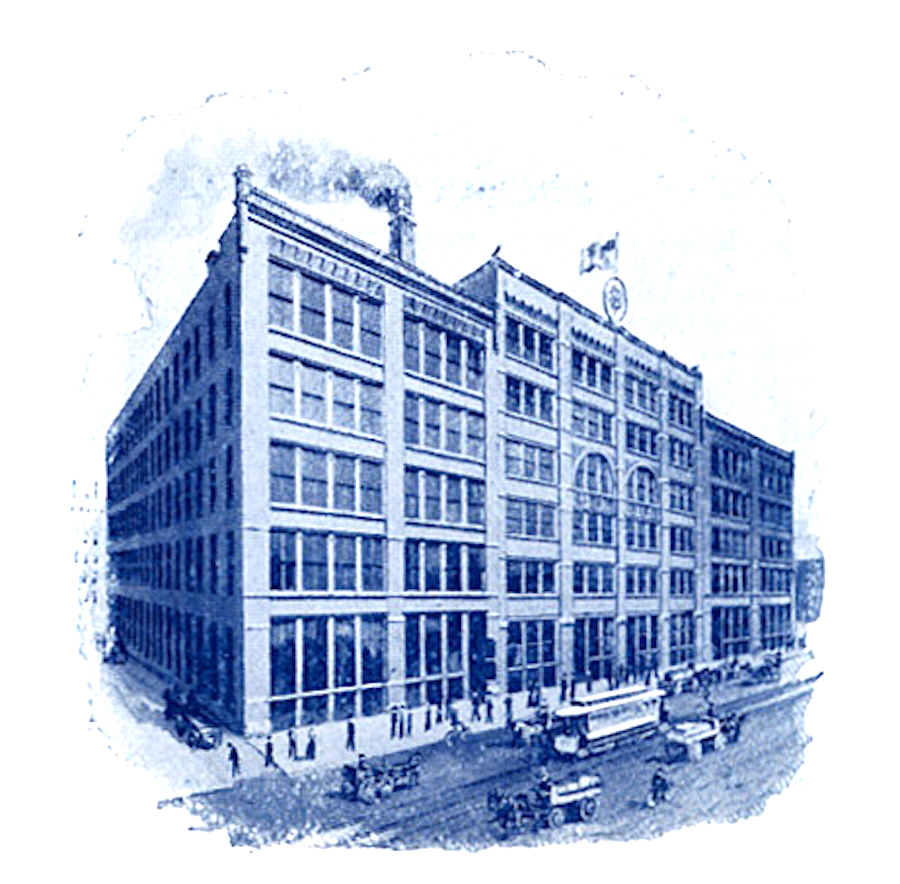 A building of seven stories, containing over 90,000 square feet, divided into very spacious and well lighted departments, fitted up with the most modern automatic machinery, especially designed for the production of high-grade bicycles.

From 300 to 400 skilled mechanics are employed, and no Monarch machine passes the shipping department before being submitted to the closest examination by an experienced inspector. Bliss and Lumsden, Managers. 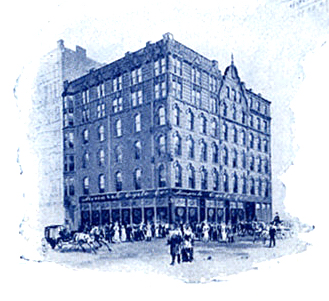 This establishment is second to none on what has come to be known as “Cycle Row.” A complete line of Monarch Bicycles of the finest finish always on exhibition, with over sixty feet of plate glass frontage to furnish light by day, and one hundred and twenty-eight incandescent electric lights, besides several large arc lights, at night. 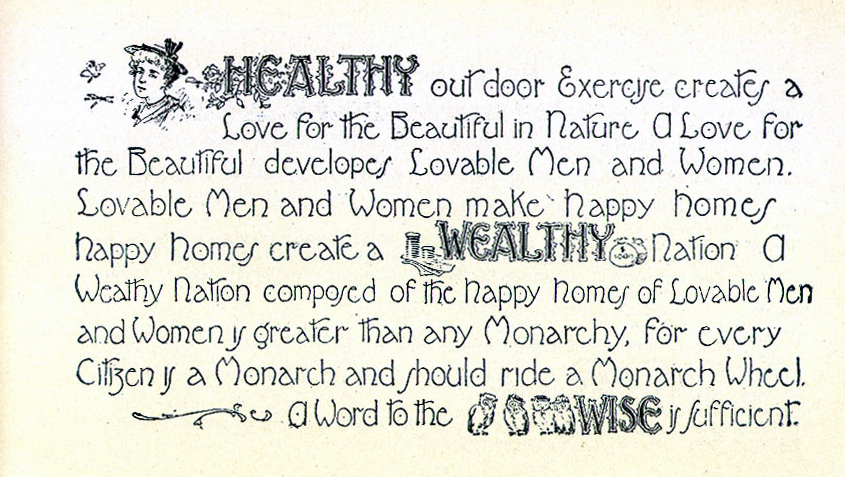 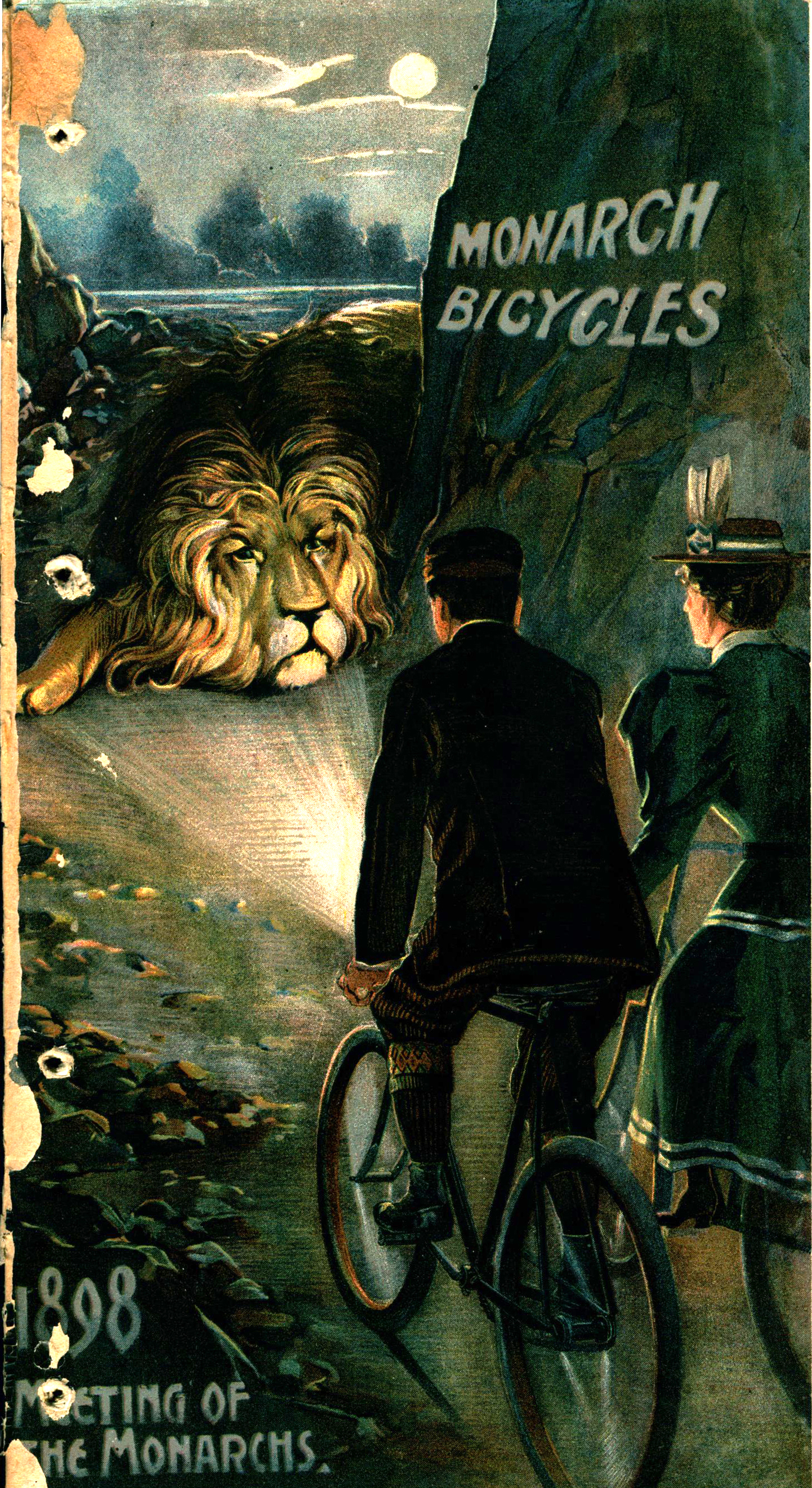 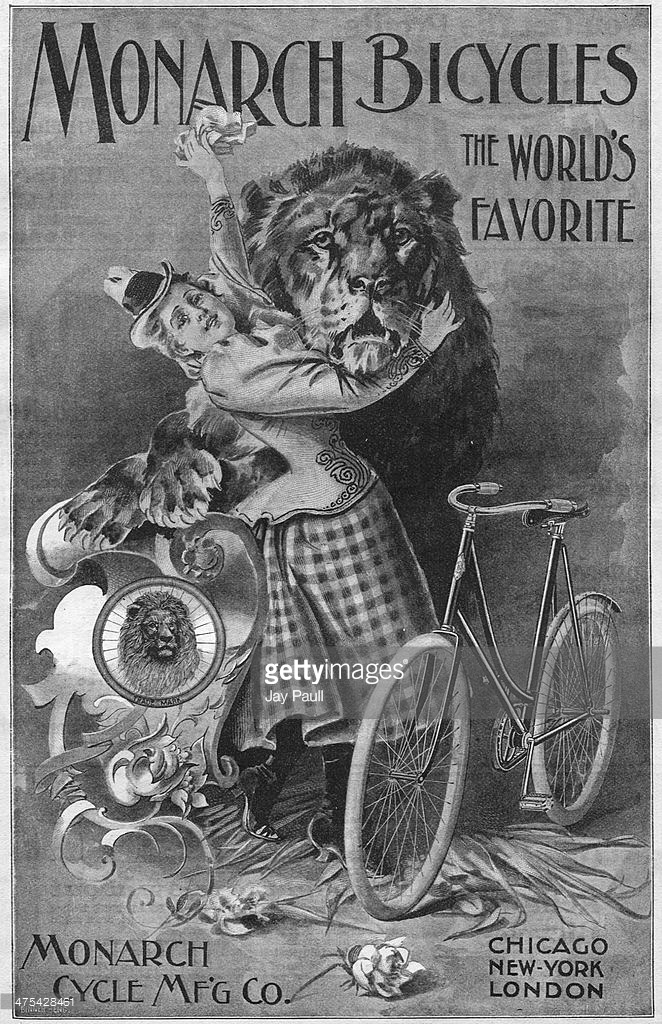