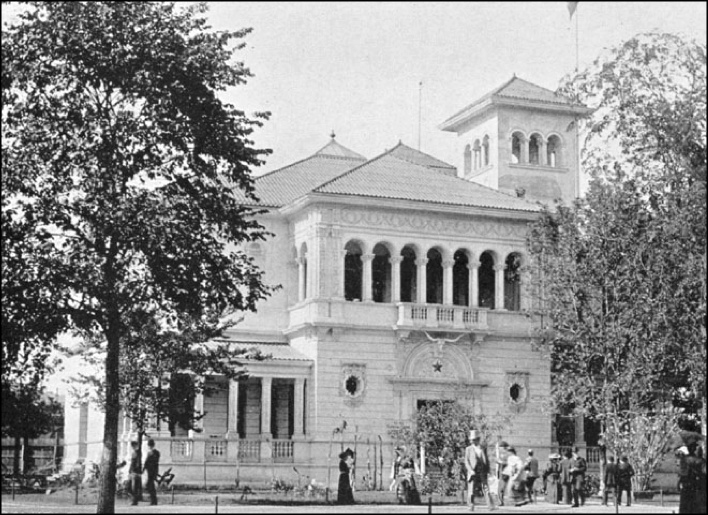 The Texas State Building is next in order as one passes northeast along the circle. It was provided entirely by the women of that State. It is constructed after the style of the old Spanish Mission, and is a good example of Spanish renaissance architecture. It was designed by J. Riley Gordon, of San Antonio. The building contains assembly rooms, 56 feet square and 20 feet high, provided with a large art glass skylight in the ceiling, with a Mosaic Texas star in its centre. The rostrum, ante-rooms, etc., are finished in the natural woods of Texas. The administration wing contains a register, a bureau of information, and rooms for offices and public comfort. There are also toilet rooms, rooms for county collective exhibits, a historical museum and a library. The main entrances are through vestibules, flanked on either side by niches and colonnades. The main vestibule terminates in a larcre
auditorium, from which entrance is afforded to the various working departments above mentioned.

The building presents a Spanish vista, a bower of beautiful Texas foliage, comprising the banana, palm, magnolia, pomegranate, Spanish dagger, orange, lemon, and other tropical plants. Either corner is flanked by a square tower, the intervening curtains consisting of two stories of open arcaded loggias. The towers also have loggias in their top stories. Both the main building and the towers are covered with a low, pitched roof of brown-red Spanish tile. The building cost $40,000, and is one of the most attractive at the Fair. 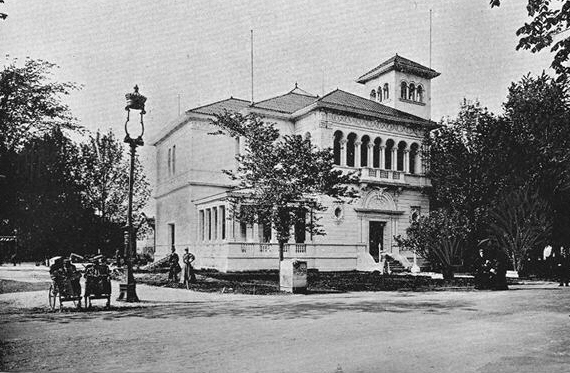 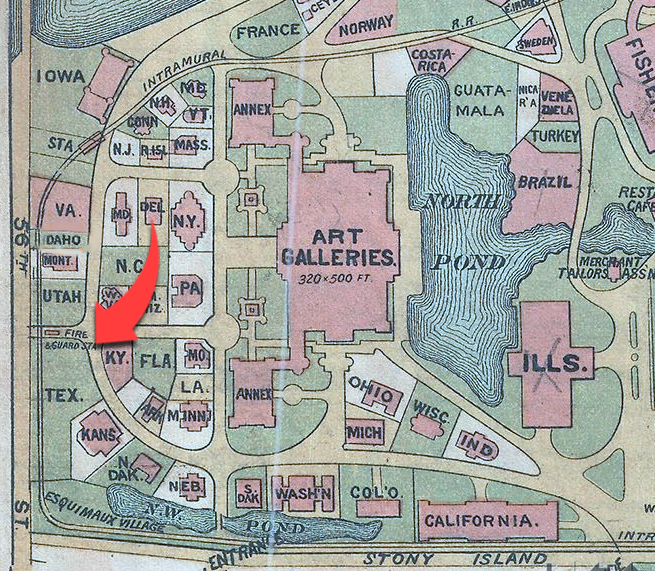