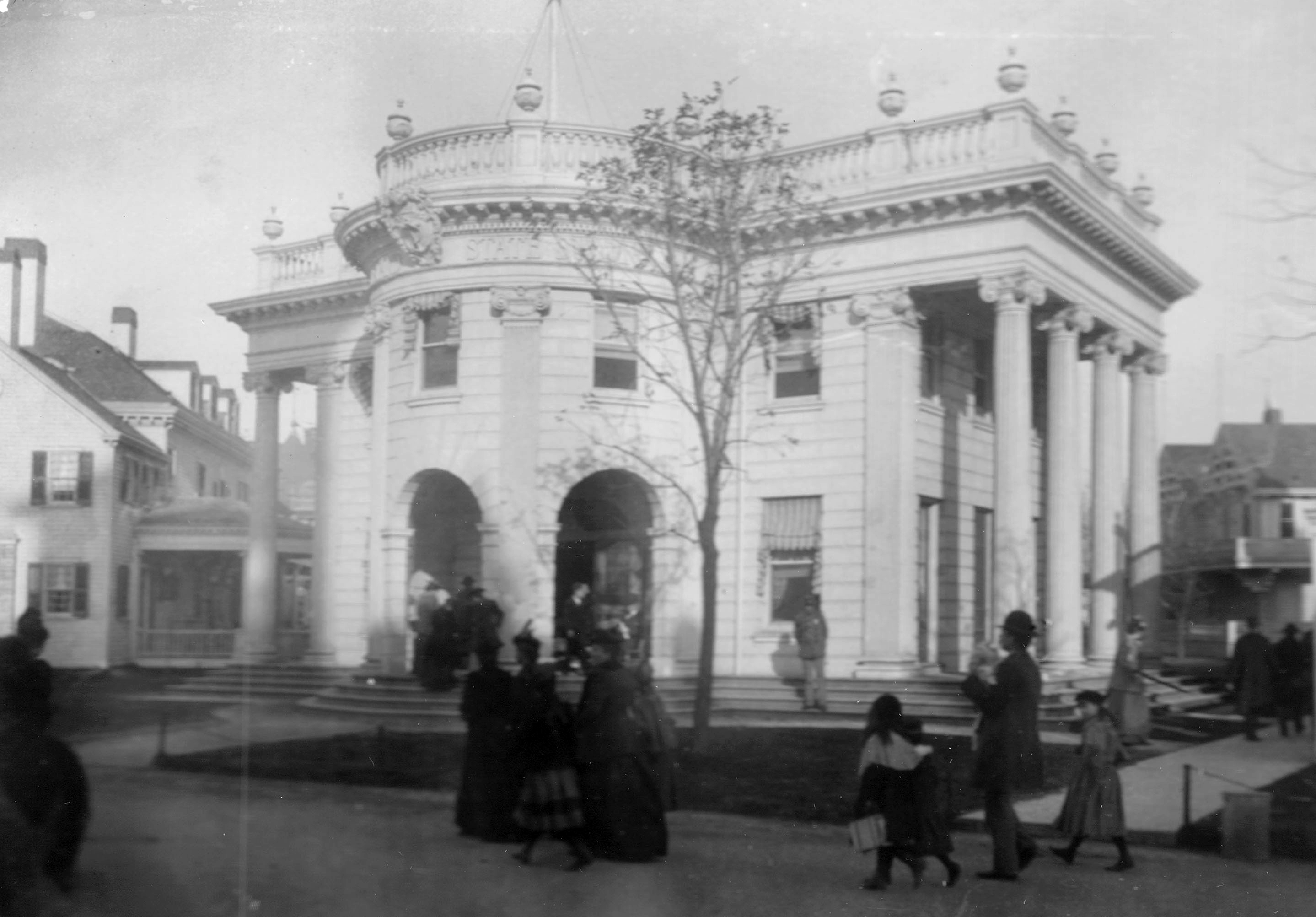 The Rhode Island building is after the Greek manner, with columnar porticoes on four sides of the building—that on the west or front side semicircular in plan, with arched openings between the Ionic pilasters. The building is amphiprostyle in that the north and south porches—each of the full width of the building—consists of four fluted Ionic columns, each 24 inches in diameter and 21 feet high,
while the rear entrance is between Ionic fluted pilasters, the same as in front.

The building has a ground area of 32×59 feet, two stories high, in wood and staff in Imitation of granite. On the second floor are two committee rooms and a gallery around the main hall. The governor’s room occupies what may be called the second story of the porch on the west front. Architects, Stone, Carpenter & Wilson, of Providence; contractors, Grace & Hyde, Chicago; cost, $7,000.