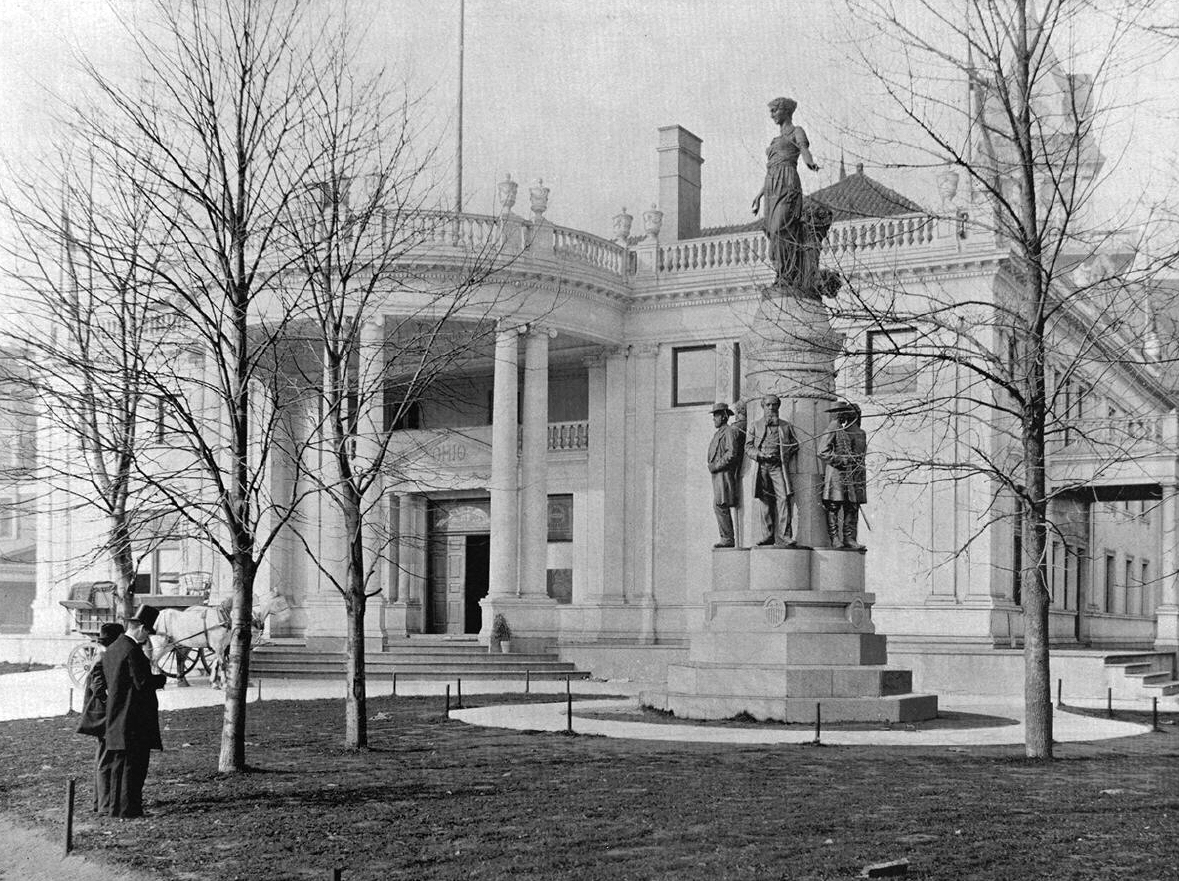 The Ohio building is colonial in style, two stories high, of wood and staff, with tile roof. The ground area is 1 00 feet front by 80 feet deep. The main entrance on the east is within a semi-circular colonial portico, 33 feet high, the roof supported by eight great columns. The tile roof, mantels, finishing woods and much of the visible material are the gift of Ohio producers. The main entrance opens on a lobby, on the left of which is the women’s parlor, and on the right a committee-room.

Occupying the central portion of the building is the reception hall, 23 by 36 feet, and 28 feet high, extending through to the roof. The covered ceiling of the hall is ornamented. Back of the reception hall is an open court, 36 feet square, enclosed on three sides, the north and south sides being formed by the wings of the building. Architect, James McLaughlin, of Cincinnati; contractors, Harley & Sons, of Chicago; cost, $30,000. 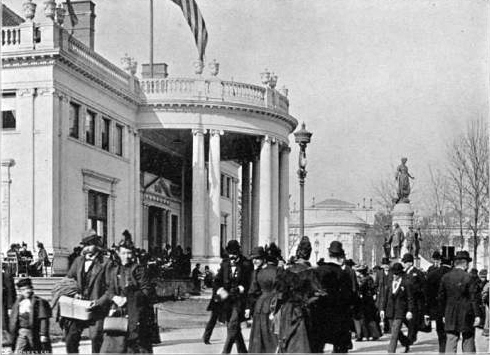 The Book of the Fair, Hubert Howe Bancroft, 1893

Of the $150,000 appropriated by the legislature of Ohio, some $35,000 was used for the state building, which is of colonial pattern, its main entrance on the east, in the form of a semi-circular colonnaded porch, extending to the upper story. The wood work and tiling are all of native materials, the red tiles used for the roof being a contribution from New Philadelphia. Windows of stained glass bear the names of such men as Chase, Grant, Sheridan, and Sherman, while near the main entrance is a monument surmounted by a graceful figure, symbolic of Ohio, below which upon sub-pedestal are statues of those whom state and nation love to honor. Opening from the main lobby are parlors and committee rooms, and in the centre is a hall decorated with buckeyes molded in stucco, the coat-of-arms worked in stained glass appearing above its spacious fireplace. Back of the hall is an open court, one of the enclosing wings containing the quarters of the bureau of information, and another a parlor for men, with writing and smoking rooms. On the second floor of the two wings are the assembly hall and a chamber for press correspondents.

Among the portraits displayed in the Ohio building is that of General Sherman, from the brush of Mrs. Ellen Elizabeth King, copied by special request from one in possession of the war department. It represents the great soldier in full uniform and wearing the insignia of the army of Tennessee and the military division of the Mississippi, the latter including the badges of several corps of which he was the commander.

Though less demonstrative than other states Ohio was not without special days of celebration. In June a reception was tendered to ex-President Harrison, informal but attended by several thousand people. Governor McKinley also received an ovation, and on Ohio day, the 15th of September, the chief executive and his staff were received by the director-general in front of the Administration building, where there was ringing of the liberty bell by the governor, with other exercises that need not here be described. 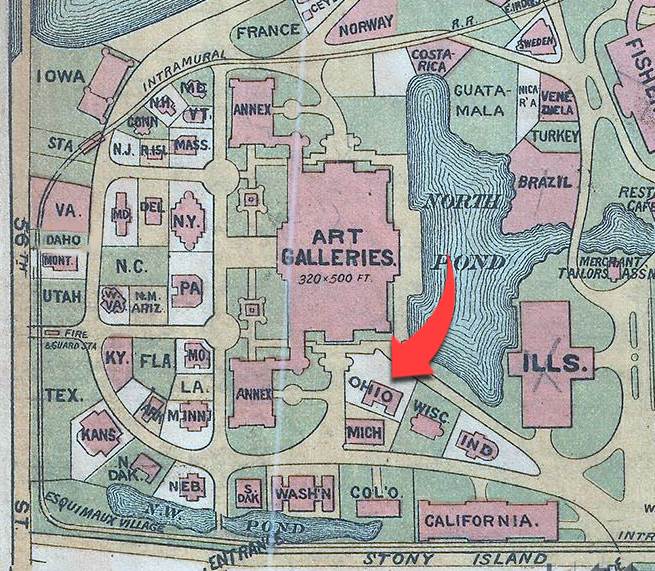