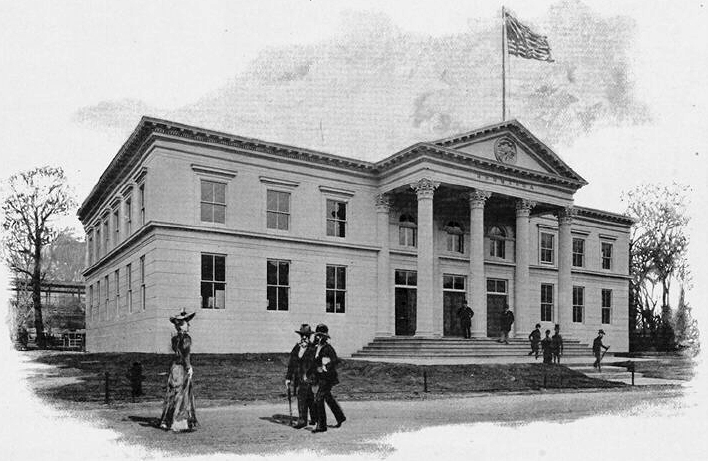 The Nebraska Building, which is the first one to be reached as the visitor enters the Fifty-seventh street gate and turns to the left, is built in the colonial style of architecture. It measures 60×100
feet, and is covered with staff to represent stone. On each side of the building is a large portico, with eight massive columns running the full height of both floors, and supporting the gables over the porticos. Six large rooms open on to these, giving space for exhibits. On the first floor is found a large exhibit hall, reception, waiting, commission and men’s toilet rooms. The second floor is
reached by a magnificent staircase ten feet wide which is one of the features of the building. The janitor’s and reading rooms are located on the second floor, as are also waiting, reception and toilet
rooms for ladies. There are some interesting art exhibits in the building, as well as displays of the great agricultural resources of the State. It is amply equipped with stand pipes and other apparatus
for checking fires. Henry Voss, of Omaha, is the architect of the building, and it was erected at a cost of $15,000. Designed as the general headquarters for Nebraska people and their friends, it is entirely satisfactory for the purpose intended. 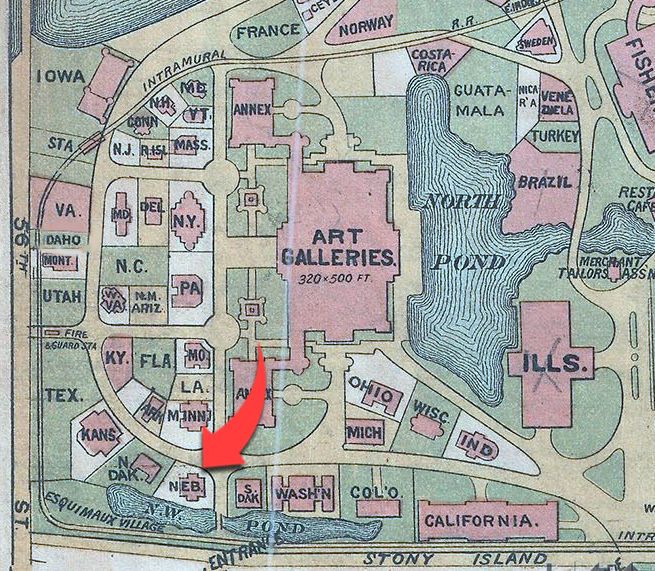