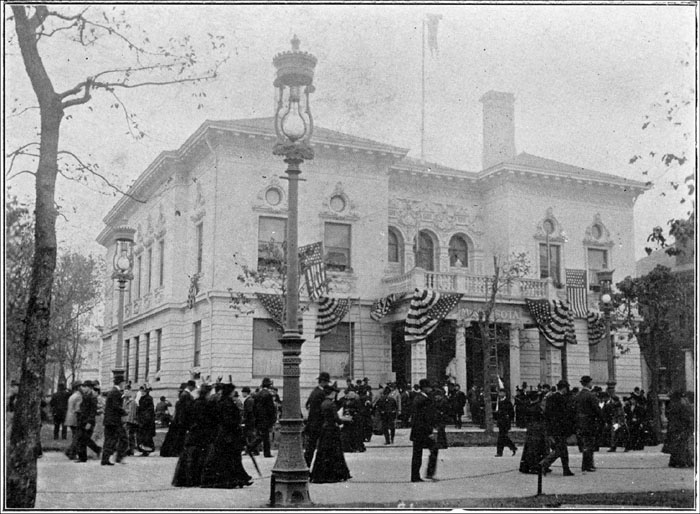 Returning to our starting-point opposite the Nebraska Building, as we face north, we find on the right the building of Minnesota. Its ground area is 80 by 90 feet, and its height to the cornice line is forty-one feet. The frame is of wood, covered with staff, while the architecture is of the style of the
Italian renaissance. On the front portico stands a very fine sculptural group symbolizing the Indian
legends of Hiawatha and Minnehaha. It was executed by Jacob Fjielde, and contributed by the school children of Minnesota. This beautiful group is inspired by Longfellow’s poem, and the design finds its motive in the lines

Over wide and rushing rivers
In his arms he bore the maiden.”

After the close of the Fair the group is to be cast in bronze and placed in Minnehaha Park, at Minneapolis. The first floor is devoted chiefly to an exhibition hall, where is shown a fine collection of the birds and beasts of the State. Here are also specimens of her grain, minerals and other products. A drinking fountain of Mankato stone is in the centre of the hall, and on the left a relief map, 23 by 25 feet, of Duluth and its harbor. In the rear is the superintendent’s room, with check rooms and post-office. In the mezzanine story are sleeping rooms for the officials and the employees.

On the west side of the second story is the State Board room, and on the east side the Woman’s Auxiliary Board room, each being equipped with reception, reading and toilet rooms. Two guest chambers are in the rear. The interior is decorated in plain tints, with elaborate friezes, selected from designs by women artists of the State. William Channing Whitney was the architect of this building. 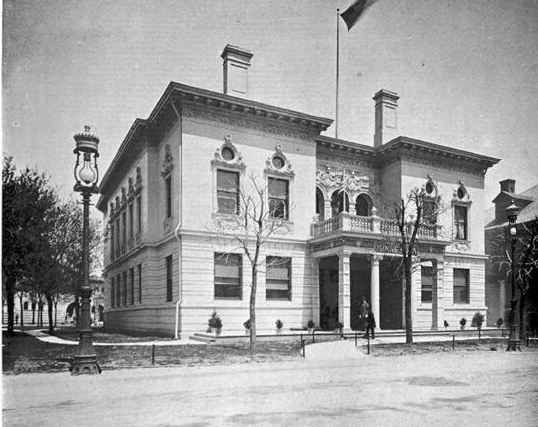 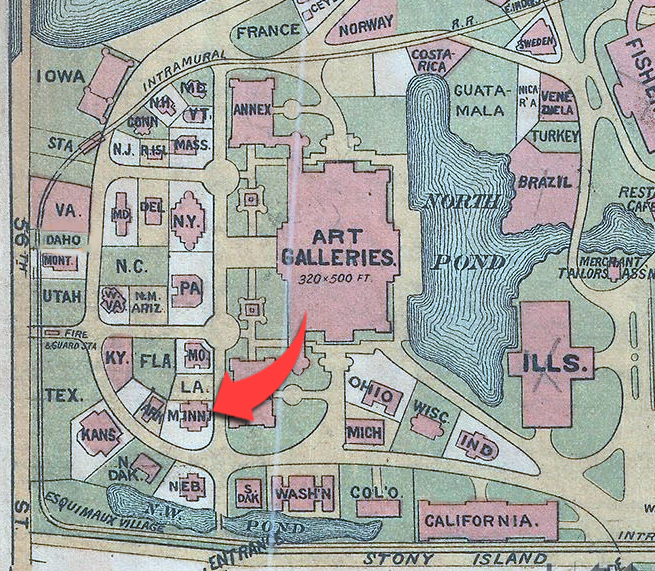