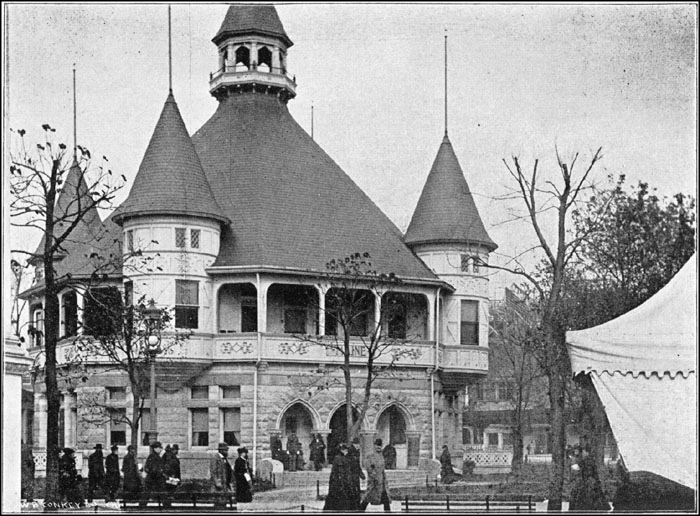 The Maine Building is an octagon in shape, sixty-five feet in diameter, and two stories high. Its dome is surmounted by a lantern over which is a steep roof. The first story is of granite taken from the State quarries, showing the various textures and colors. The second story exterior consists of four balconies separated by round bays projecting over the granite below, finished in wood and plaster] panels, and covered with a roof of Maine slate. Within the building are maps, paintings, and many historical curios. The architect was Charles S. Frost. Cost of the building was $20,000. 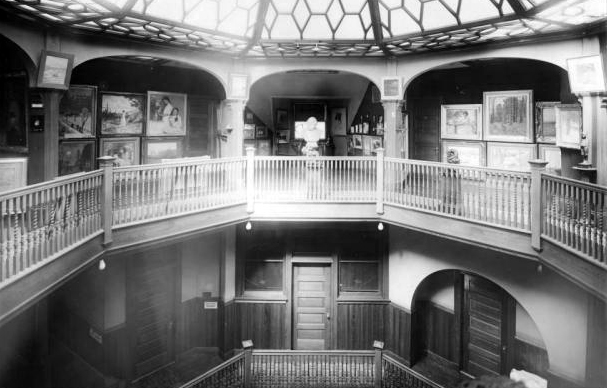 The interior of the Maine State Building at Poland Spring, showing the second and third story balconies.

The Ricker Family bought the building for $30,000. Arrangements were made for the dismantling of the building and shipping by freight train back to Maine. It was to take 16 freight cars! The Rickers sent a crew of 19 men to Chicago, led by Forest Walker of Poland, the resort’s head carpenter and civil engineer to take the building down, carefully marking each section. The building was taken apart under the personal supervision of Hiram W. Ricker, loaded on a special train of sixteen cars and transported to Maine, at a cost of over three thousand dollars. It was to become the crowning feature of the opening of the season of 1895. The cornerstone was laid on August 14, 1894, and the Maine State Building was dedicated on July 1, 1895, as part of the celebration marking the Ricker’s settling in Poland. 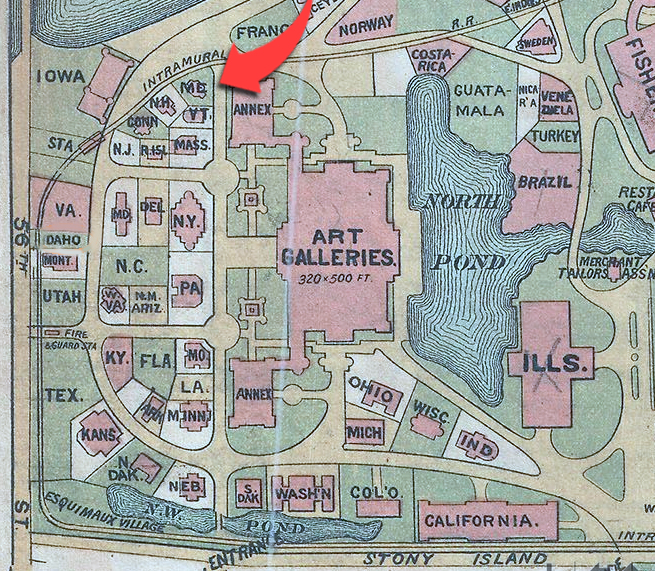