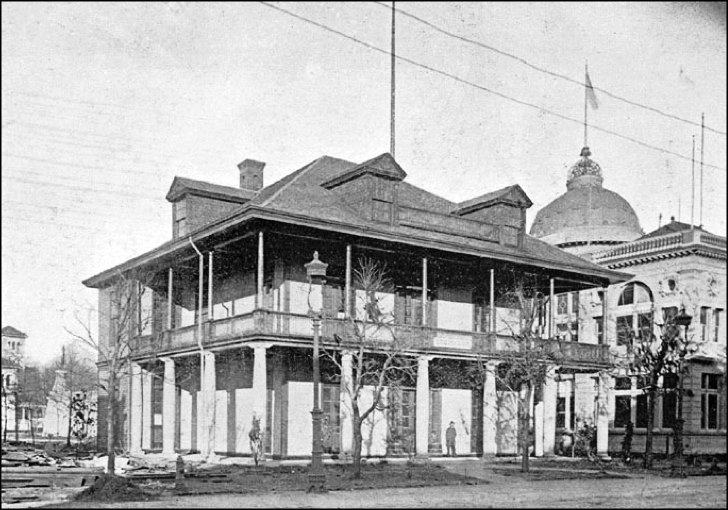 Between Missouri and Minnesota is the beautiful little building of Louisiana. It is one of the most artistic constructions of all the State edifices, and is built in genuine southern architectural style. A veranda of Louisiana woods is the most attractive feature. The building is divided into eight rooms, all of which are well utilized. One is devoted to the Acadian exhibits, from the quaint old French colony in the lovely Bayou Teche country.

Another room is devoted to the relics of the French and Spanish days of Louisiana ; and the third contains the richly carved antique furniture of a former Governor, which is usually kept in the museum of the Capitol at Baton Rouge. A Creole concert company and a comprehensive exhibit of the schools for negro children are worthy of inspection. Eleven beautifully carved panels, designed and executed by women of the State, form a charming feature of the exhibit. The rice industry, from the planting of the grain, through its growth, gathering and final use is shown, as are also the immense sugar industries.

Other agricultural products are not neglected, and the display of woods is very fine. Last, but not least, is the Creole kitchen, where are served all the southern delicacies for which the State is noted. 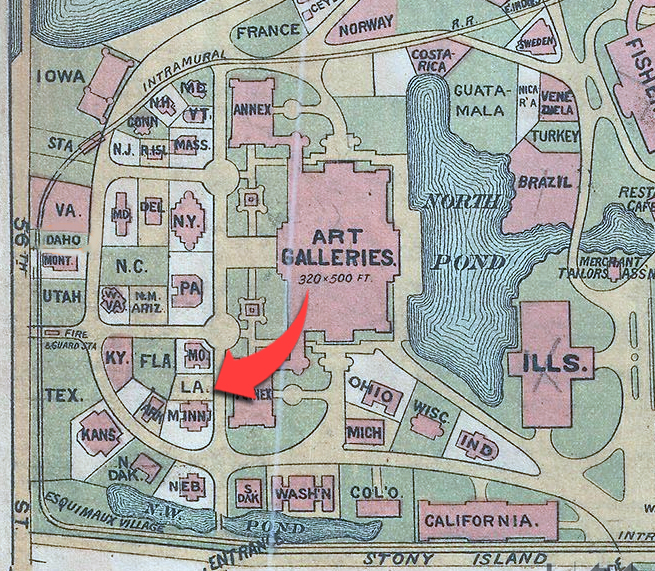