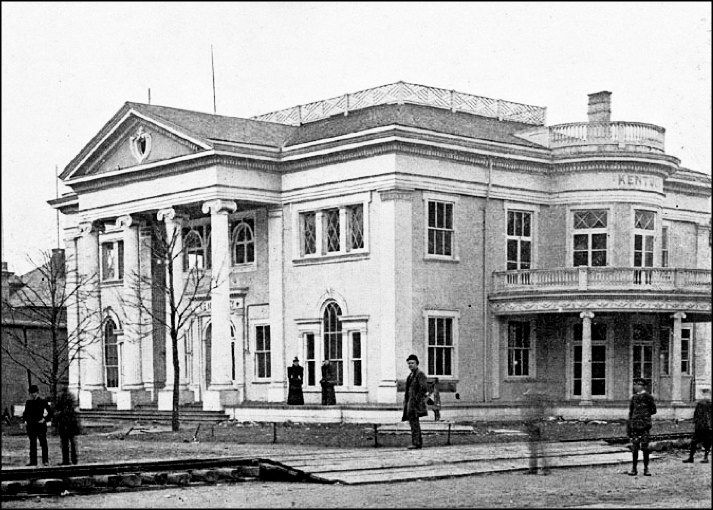 Kentucky occupies a space between Florida and Texas. The architect’s idea in this structure was to typify the southern colonial style as distinguished from that of New England. The most striking feature of the former style is the great pillared porch in front. Another object is to suggest the better class of the old Kentucky homestead, and at the same time to give enough variety to meet the demands of the occasion, and furnish an attractive club house where southern hospitality can be dispensed. The exterior of the building js colored a rich cream, trimmed with pure white for the decorations. The material is staff, as in so many other buildings. The edifice, exclusive of porches, measures 75 by 95 feet, with the main entrance in the centre of the principal facade, under the cover of the porch. This entrance leads into a large central hall from which open offices, parcel rooms, and a post-office. The dining room is in the rear of the building opposite the front door. On the left side of the hall is a great fireplace, and still to the left are the ladies’ parlors. The dining room measures 20 by 40 feet. The commissioner room, a private hall, sleeping rooms, bath rooms and others, are on the second floor. The three large exhibition rooms extend across the entire front of the building and open on to a wide
gallery. They can all be thrown together when desired. The wood-work throughout is finished in white enamel. Maury & Dodd, of Louisville, were the architects of this building. 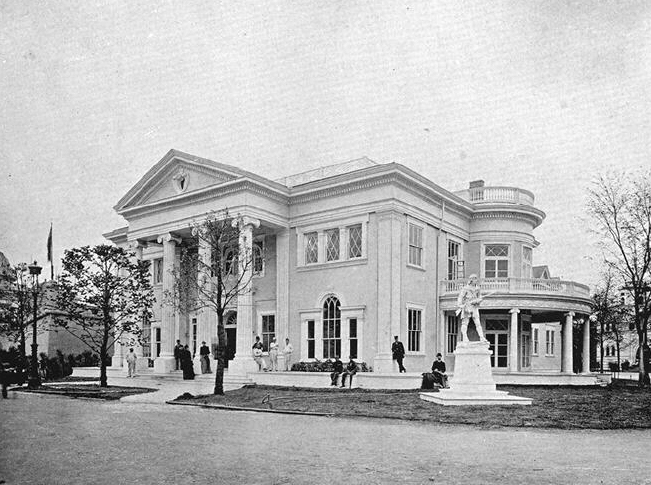 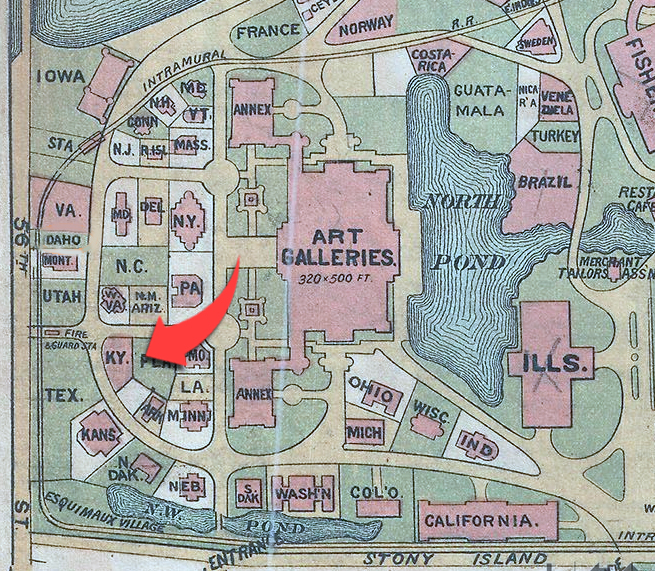