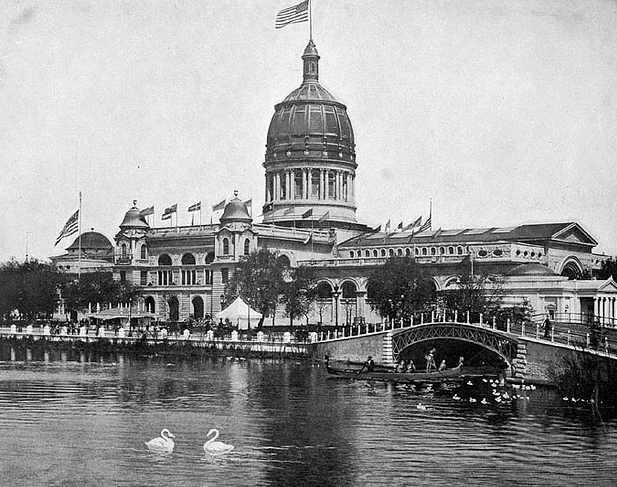 Just to the south of the Art Palace, across the north arm of the lagoon, stands the Illinois building. This building is by far the most pretentious of the State buildings, and can be classed as one of the great Exposition structures. The plan of the building forms a Greek cross, whose main axis is 450 feet long by 160 feet wide, and lies east and west, while the shorter axis is 285 feet long, with an average width of 98 feet. At the intersection of the arms of the cross rises the dome, with a diameter of 75 feet at the base and a height of 152 feet to the top of inner dome.

This dome has, besides, a continuation of the gallery, 15 feet above the floor, that runs around the main hall, and another, 96 feet above the floor, reached by two circular stairs in piers of dome. At the east aijd west are two large public entrances, at either side of which are rooms extending the entire width of the building, and about 29 feet deep, occupying the whole height, which is divided into three stories.

The rooms at the east end are chiefly used for school exhibition purposes, a large one on the ground floor being fitted up as a model kindergarten. Beyond this extends the great exhibition hall, 381 feet long; the central portion, 75 feet wide, being flanked by aisles 40 feet wide. The central division is lighted by windows in the clearstory, and by roof lights, it being 67 feet from the floor to the roof. The hall has a continuous gallery 16 feet wide and 15 feet above the floor. The aisles are lighted by large semicircular windows on the side walls. The southern part of the short arm of the cross is 121 feet wide and extends 75 feet beyond the walls of the main building. The lines of its cornice, being extended back across the main building, form the external base from which the dome springs. Its three stories are subdivided into rooms, halls, corridors, etc. The base of the dome rises from a series of steps upon which is a double support to the drum, the outer one being an order of Corinthian columns, the inner being a wall pierced by windows. Above the entablature rises the dome, which is covered with galvanized iron; the trusses are accented on the outside by prominent ribs, and the intermediate spaces are paneled. A round lantern on top, 12 feet in diameter and 35 feet high, is the crowning feature. Architects, Boyington & Co., of Chicago; contractors, Harlev & Sons, of Chicago. Material—3,000,000 feet of lumber, 1,300,000 pounds of iron. 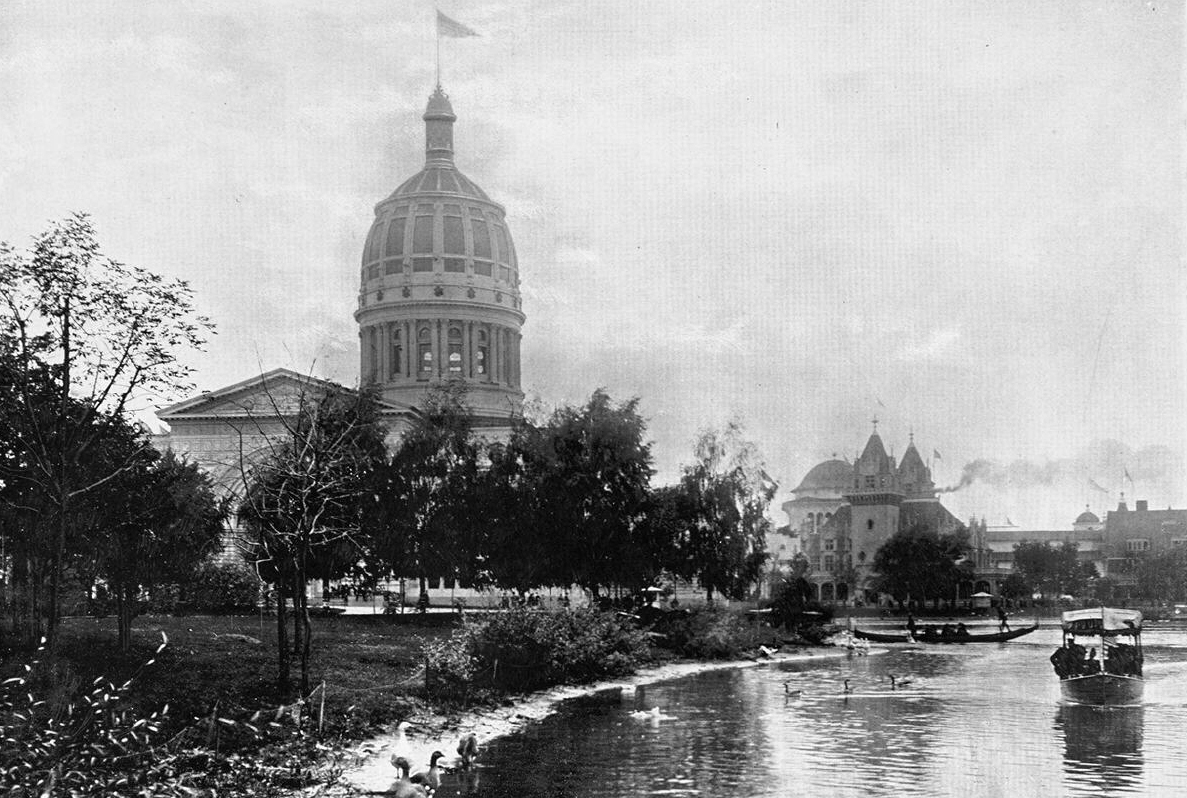 Illinois Building from the North Lagoon 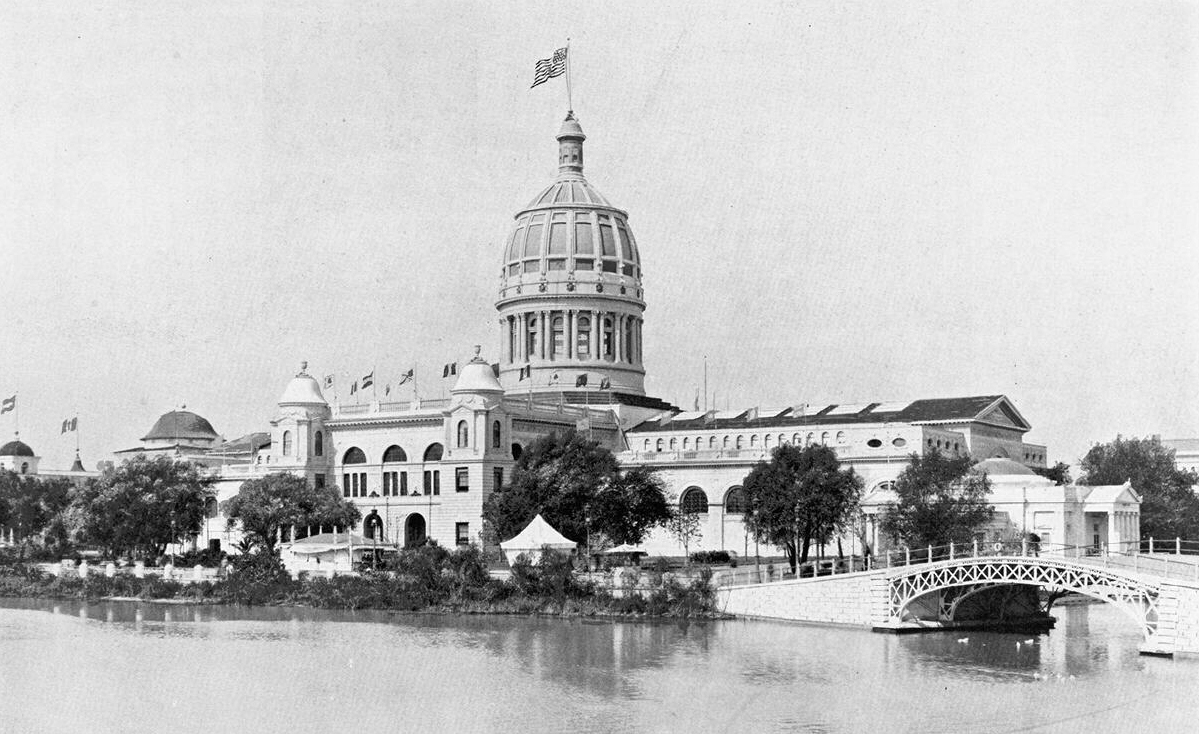 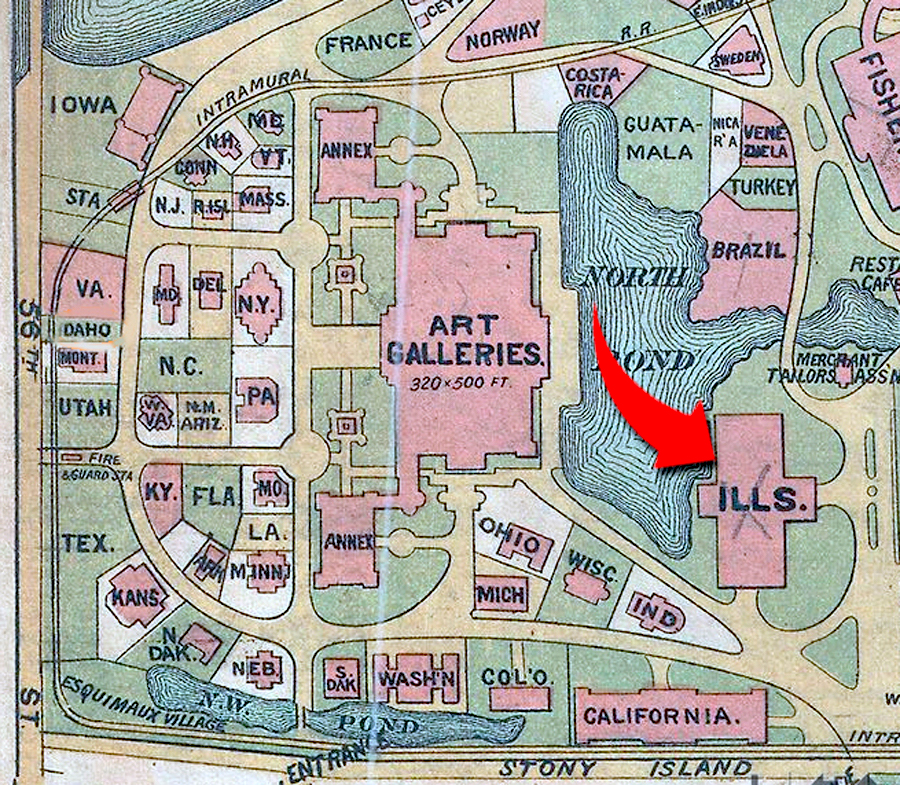 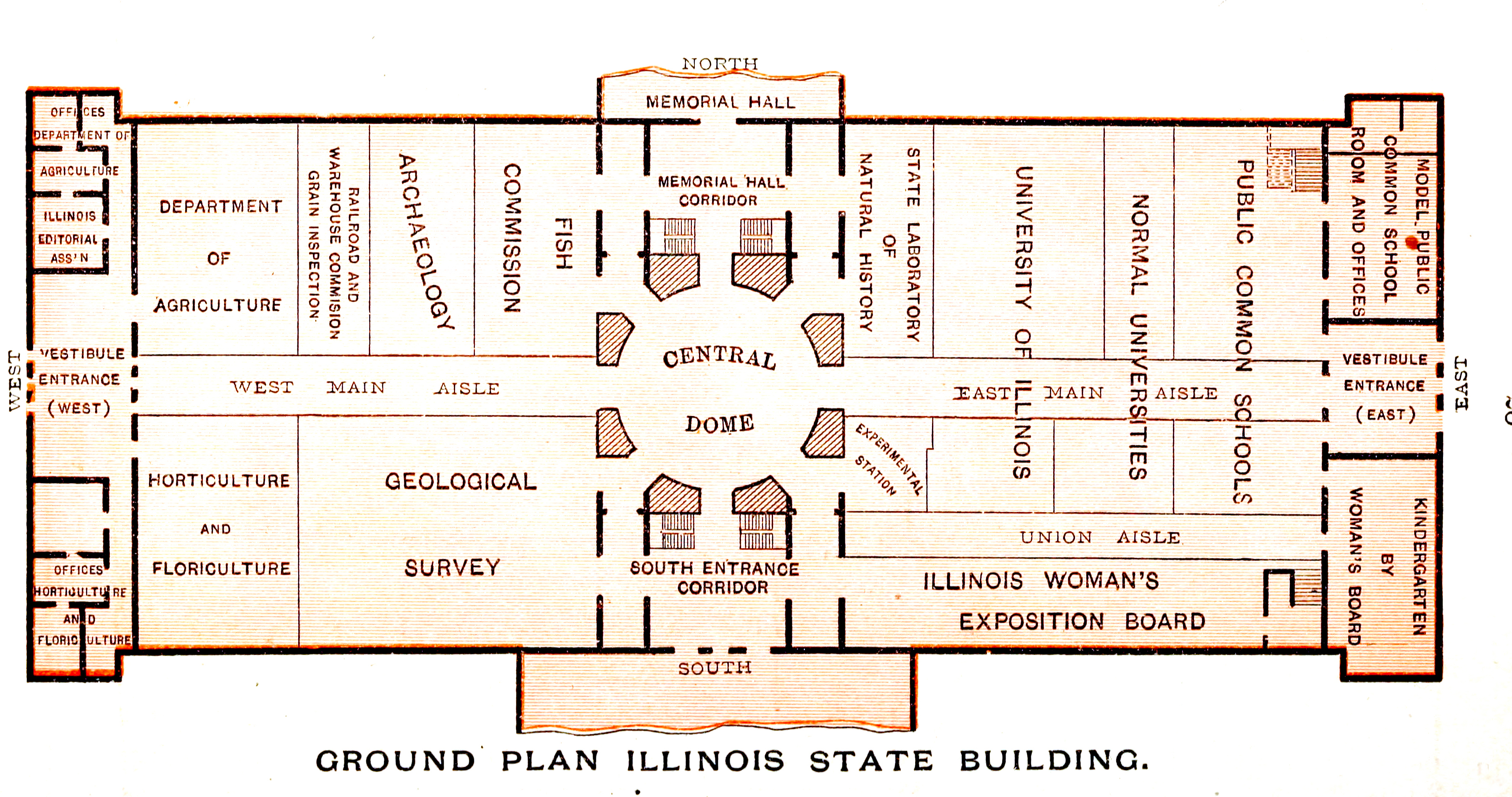