The Florida building is a reproduction in miniature of old Fort Marion, in St. Augustine. The fort covers an area of four acres. It is in the form of a four-bastioued fortress. Including the moat, the site is 155 feet square. The building proper is 137 feet square. The frame is of pine, covered with plaster and
coquina shells, in imitation of the original. The interior is divided into parlors and is furnished in Florida’s native woods. The interior court is planted in bamboo, orange, lemon and other tropical trees. The ramparts furnish space for promenades and hanging gardens. In the moat is a sunken garden, where were produced miniature fields of cotton, sugar, rise, tobacco, etc. , showing the natural resources of the State. W. Mead Nalter, of Chicago, is the architect of the building, which is erected under the direction of the Florida Board of Commissioners. It cost $20,000. Fort Marion is the oldest structure in North America, the most interesting specimen of Spanish supremacy in this country, and the only example of medieval fortification on the continent.

Its erection was begun in 1620 and continued for 100 years. To equip it as a garrison required 1,000 men. It was never taken by a besieging force. 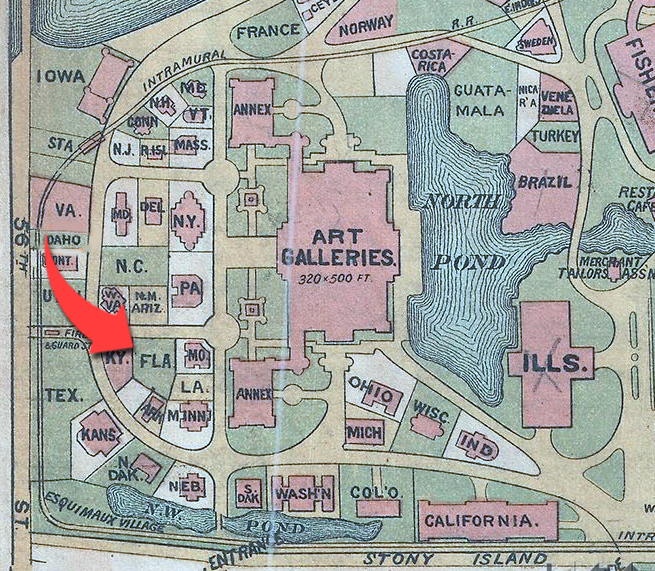