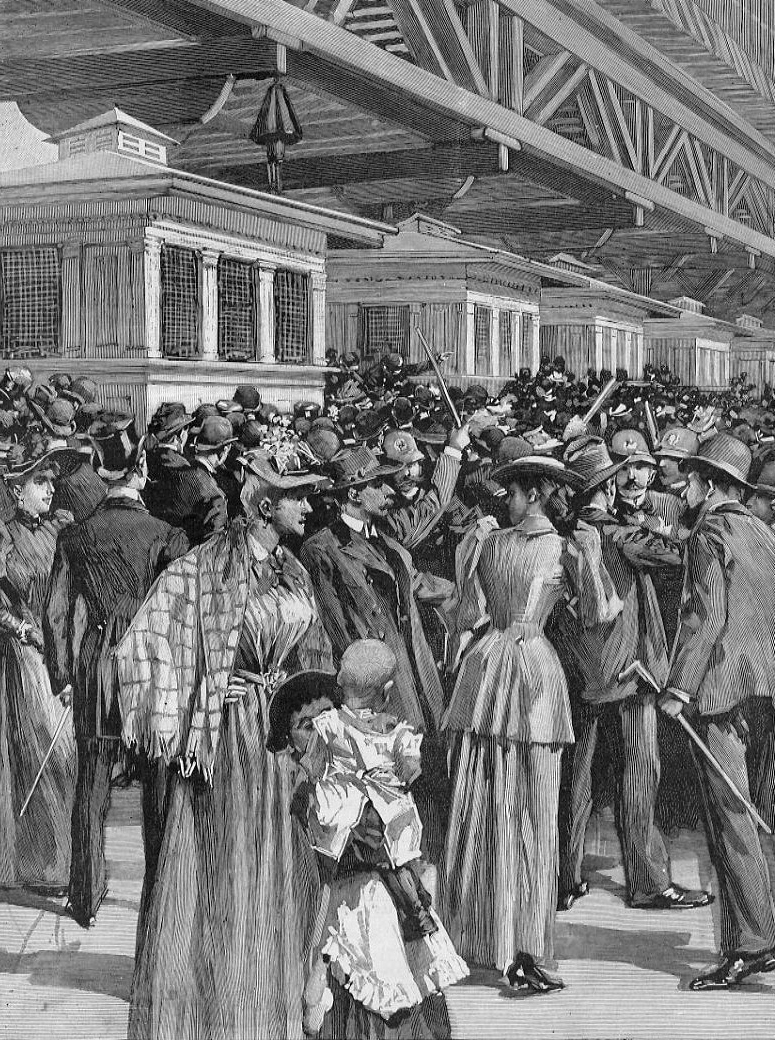 Sunday Crowd Besieging the Gates
“They surged and clamored about the gates; they tried to play confidence games on the exit turnstiles; they offered bluffings and bribes to the gatekeepers. But tghey could not get in. Chicago’s people and Chicago’s visitors were quite effectually barred out of the World’s Fair yesterday, the Lord’s day. It was a triumph for the rural Sabbatarians, but it brought disappointment and sorrow to thousands and thousands of working folks.”—Chicago Times