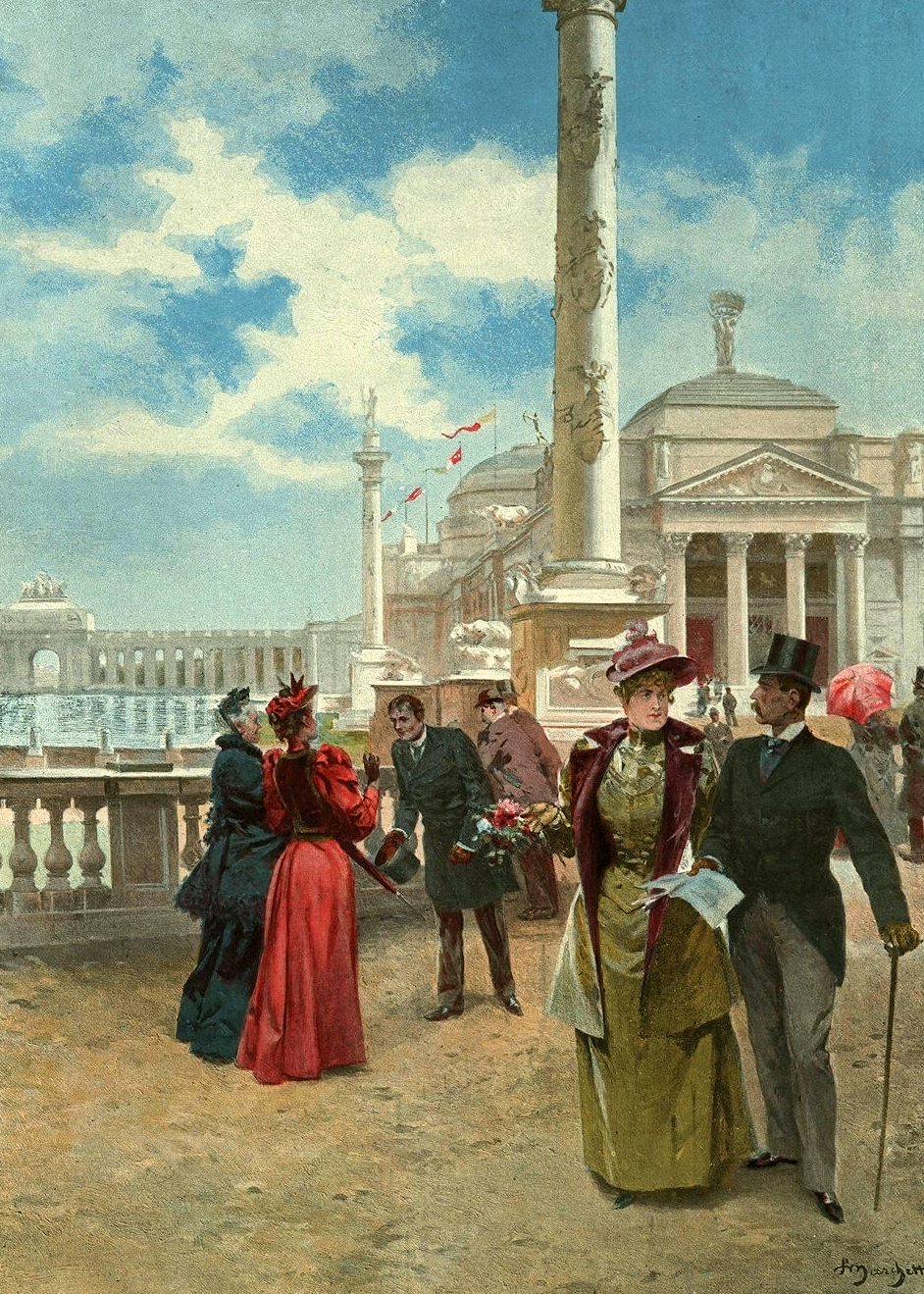 In the Grand Plaza of the Exposition
Painter: L. Marchetti

In this very handsome composition an attempt has been made by one of the most brilliant painters of the cheerful and sumptuous and ornamental aspects of life to present a glimpse of the beauty of the Columbian Exposition in one of its finest aspects. The point of view taken is from the south side of the Grand Plaza, or Court of Honor, looking eastward towards the lake, and near the northeasterly corner of the Machinery Building. The handsome porches and domes seen behind the principal figures in the foreground are those of the Agricultural Building, two of the tall rostral columns at each end of the little arched bridge that leads to this building are seen, and beyond, the long colonnade of the Peristyle with its central archway. Overhead is the blue and white summer sky, and through this ornate and pompous scene the crowd of pleasure seekers wander leisurely, very much as M. Marchetti has shown them.