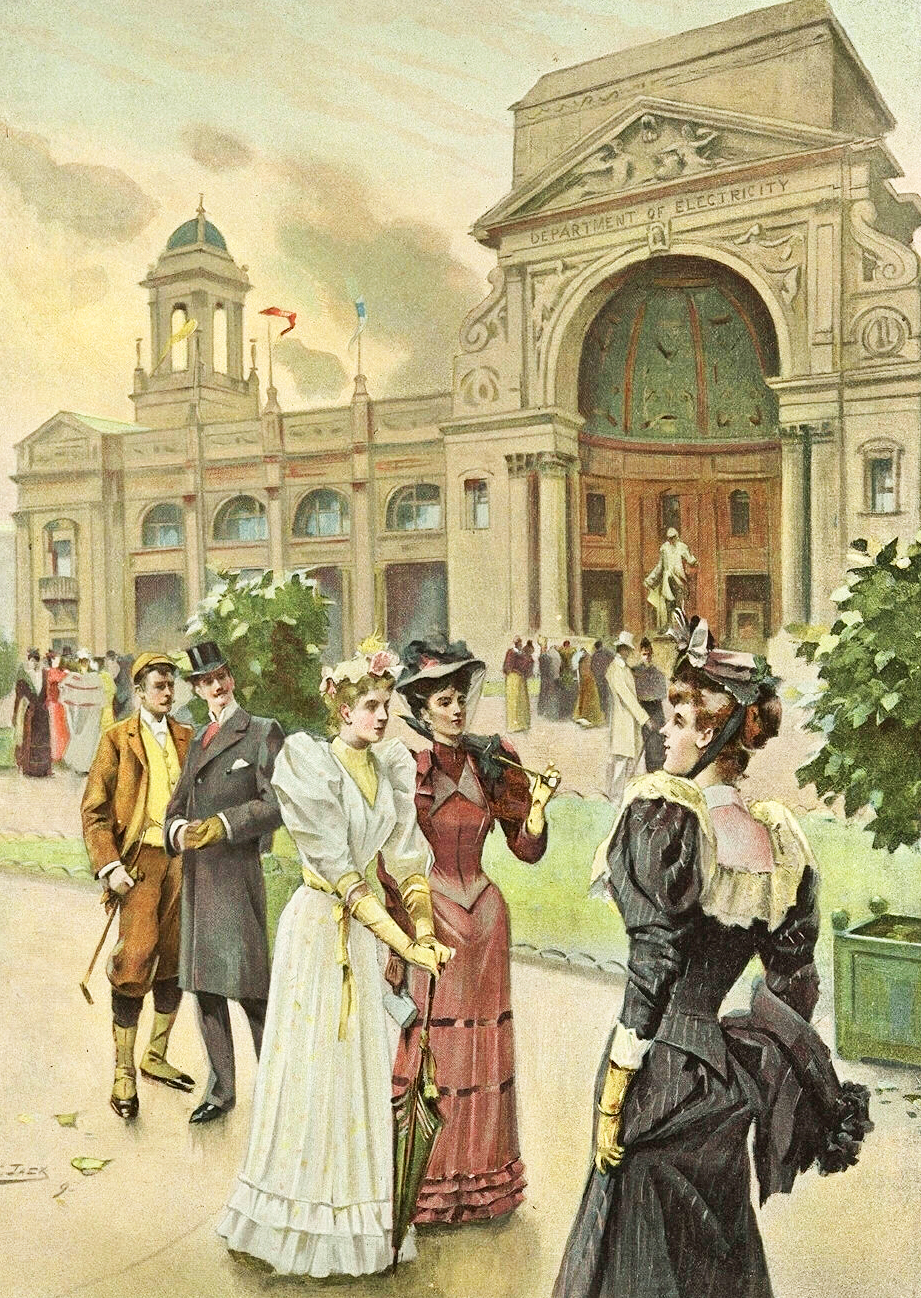 For the first time in the history of International Exhibitions a great building has been set apart entirely for electrical exhibits. That at Jackson Park is one of the most important edifices around the great Quadrangle or Court of Honor, and one of the largest buildings of the Fair. In extent it covers nearly five and a half acres; its dimensions are 345 by 690 feet. The general scheme of the plan is based upon a longitudinal nave, 115 feet wide and 114 feet high, crossed in the middle by a transept of the same width and height. The exterior walls are composed of a continuous Corinthian order of pilasters, 3 feet 6 inches wide and 42 feet high, supporting a full entablature, and resting upon a stylobate 8 feet 6 inches long. The total height of the walls from the grade outside is 68 feet 6 inches. At each of the four corners of the building is a pavilion, above which rises an open tower 169 feet high. Intermediate between these corner pavilions and the central pavilions on the east and west sides there is a subordinate pavilion, bearing a low square dome upon an open lantern. An open portico extends along the whole of the south facade, the lower or Ionic order forming an open screen in front. In the centre of this facade is the main entrance, under an open portico, richly ornamented with color, and protecting in the middle of the entrance the heroic statue of Benjamin Franklin by the sculptor Carl Rohl-Smith. The architects are Van Brunt and How, Kansas City, Mo. 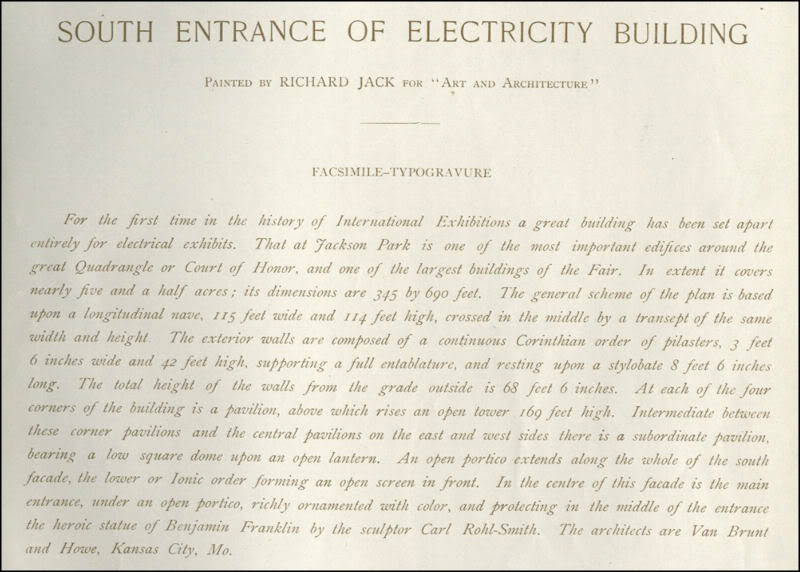