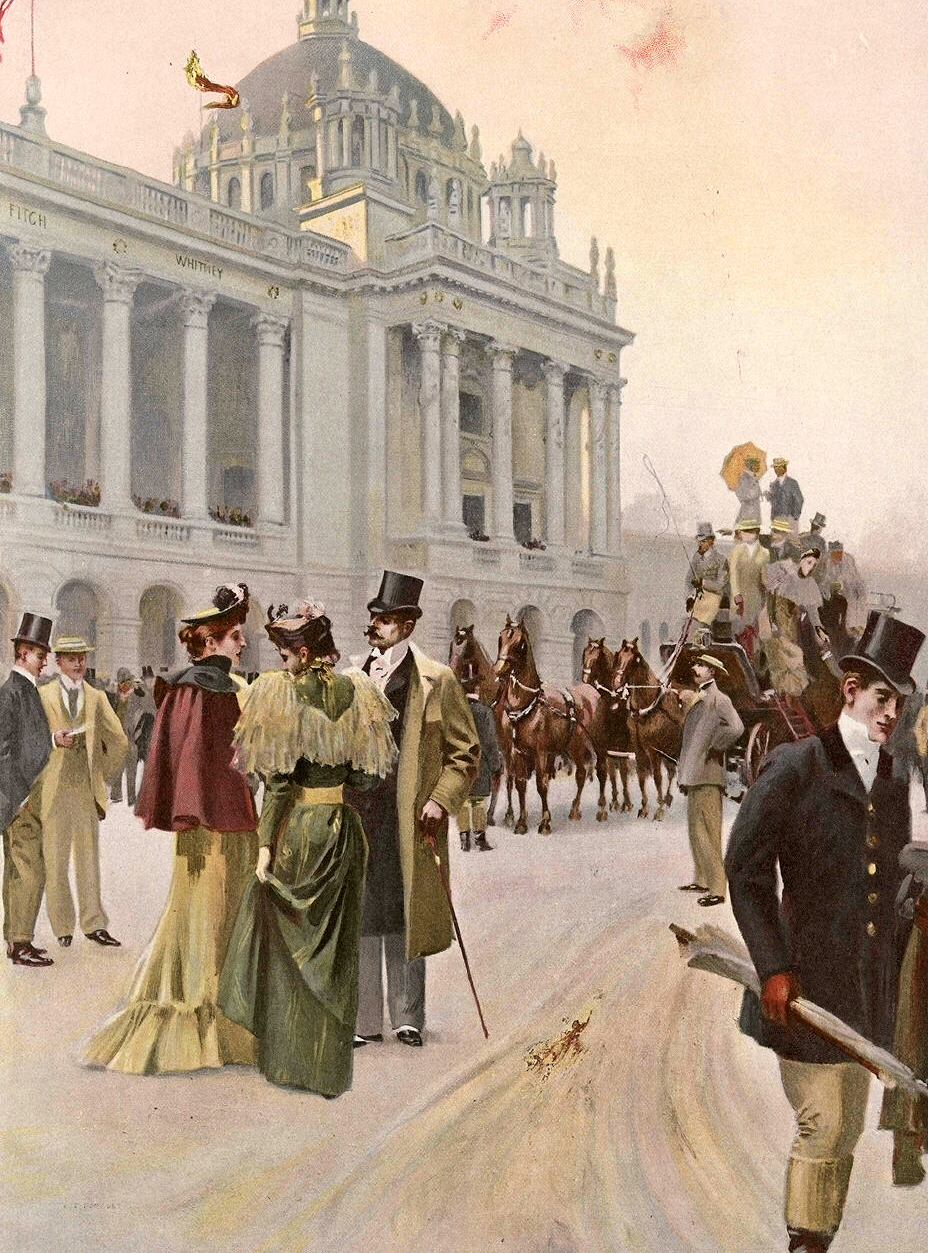 The artist here represented one of the two imposing facades of this building, those which face on the Grand Court of Honor and the South Canal. For the general style of this “Palace of Mechanical Arts,” the architects, Messrs. Peabody and Stearns, of Boston, have chosen the best models of the Spanish Renaissance, from Seville and other cities – this being in honor of the Spanish discovery of America. In the background the artist has introduced one of those handsome four-in-hand coaches which, as the most dignified and exclusive method of reaching the Fair from the city by public conveyance, were extensively patronized during the summer. The contrast between this very modern turn-out and the stately Old-World architecture was only one of the innumerable ones to be met with at this International Exposition.