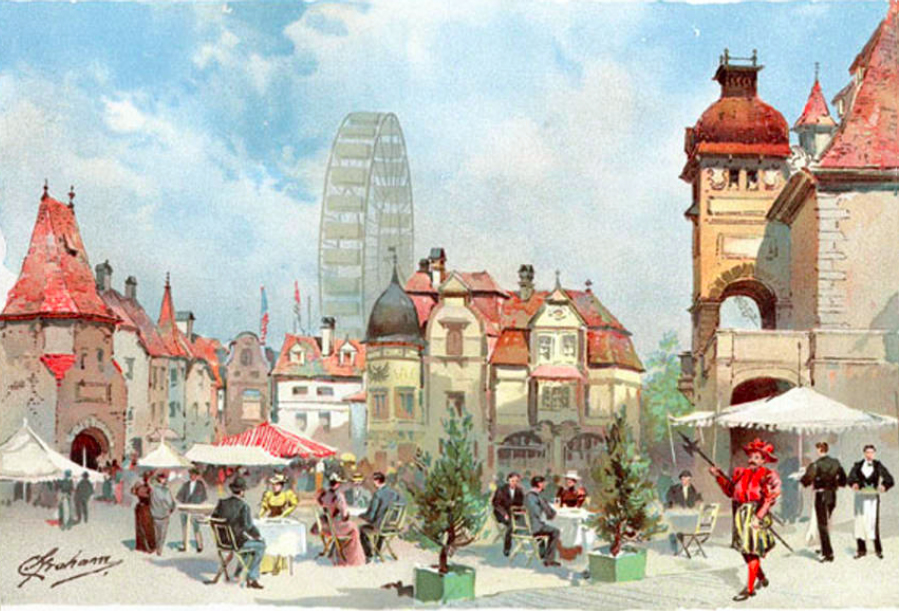 Old Vienna represented a recreation of all that was beautiful and sacred in the Bride of the Adriatic: the music of the oars, the white shining arches of the palaces, the columns of St. Mark, the gondoliers, the blue sky and glistening waters. At least forty little shops occupied Old Vienna. A restaurateur set his tables in the open air, and soon all of Chicago was talking of Old Vienna. Here it became a fashion among fashionable young Americans, and a pleasure for old-country people, to pay twenty-five cents admission in order to pay ten cents for a glass of beer and listen to the excellent music and the compliments of the Viennese waitresses.