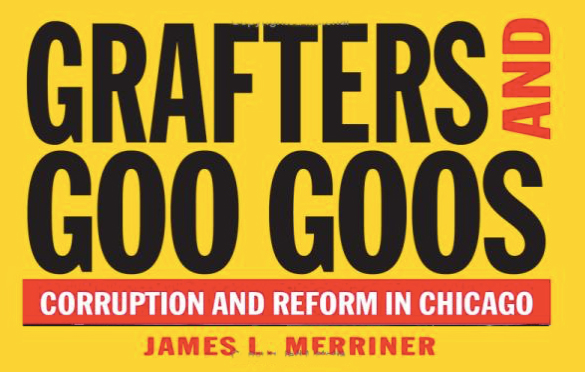 Attorney Dan K. Webb indicted ten officers of the West Side’s Marquette police district for taking bribes to protect two heroin rings. Relations between Chicago and federal law enforcement agencies, normally strained as in every city by mutual suspicions and jealousy over jurisdictions were embittered by this episode. The federal operations did not lack examples of bungling. The FBI staged a bogus theft from a screeching car on North Michigan Avenue of a briefcase supposedly containing cocaine. The agents’ intention was to present a sting before a corrupt judge to test whether he would accept a bribe. Chicago police raced to the scene, and the sting fell apart when they found FBI identification on the alleged perpetrators.

Webb’s “Marquette Ten” protested that they did not take any bribes, merely made curbside accommodations with drug-dealing informants as part of their job. Federal agents tailed, wiretapped, and audited them. Their working-class lifestyles, in contrast to the high-living Summerdale burglars of Daley’s grand police scandal of 1960, seemingly would have aided their defense. They had no luxury cars or vacation homes.

Webb was less interested in the ten cops than in the prospect that one or more might flip and lead him to crooked judges under the ongoing Greylord probe. This did not happen. A class division defined Greylord Judges were easily convicted in the lowly traffic and divorce courts, but making cases against judges in the higher felony courts was more problematic. Presumably there was less corruption there. Yet again, class separations described corruption and reform.

Although government audiotapes of the alleged Marquette Ten bribes were muddy and unclear, all ten were convicted on June 30, 1982. They were given harsh sentences of at least ten years without parole. The last to be released greeted a welcome home party in 1995 of five hundred police, defense lawyers, and their families. The department still believes the ten got a bum rap. Webb was unapologetic, “Nobody turns a jury off more than dope peddlers…The Marquette 10 case was the most difficult I ever tried. Here we had 60 or 70 dope peddlers testifying against members of the Chicago Police Department. That’s not an easy case…I could be criticized for a lot of things, but not for that.” His position is understandable in that one of his witnesses mumbled incoherently on the stand, high on drugs. In any event, the law of unintended consequences, forever applied to reformers, visited the case. Drug dealers accosted by police soon took to threatening, “You mess with us and we’ll go down and see Dan Webb in the morning.”

The witnesses include heroin addicts, admitted perjurers, petty thieves and tax cheats. They are testifying against 10 Chicago policemen who are accused of accepting money, expensive cars, guns, and other favors in return for allowing two multimillion-dollar drug rings to flourish on on Chicago’s West Side.

“If you guys had been doing your job, I wouldn’t have been able to deal dope,” Charles “C.W.” Wilson said when he took the stand during the federal court trial which began April 5. “Iwould have been in the penitentiary long ago.”

Wilson said he once made $5 million in the near West Side area, part of the Marquette District, where the policemen now on trial worked.

The trial has produced some sensational testimony—charges of policemen pocketing bribes, flipping coins to decide who to arrest, protecting a prostitute in exchange for sex, helping drug leaders ward off competitors and flipping them with code words when authorities were about to make a raid. 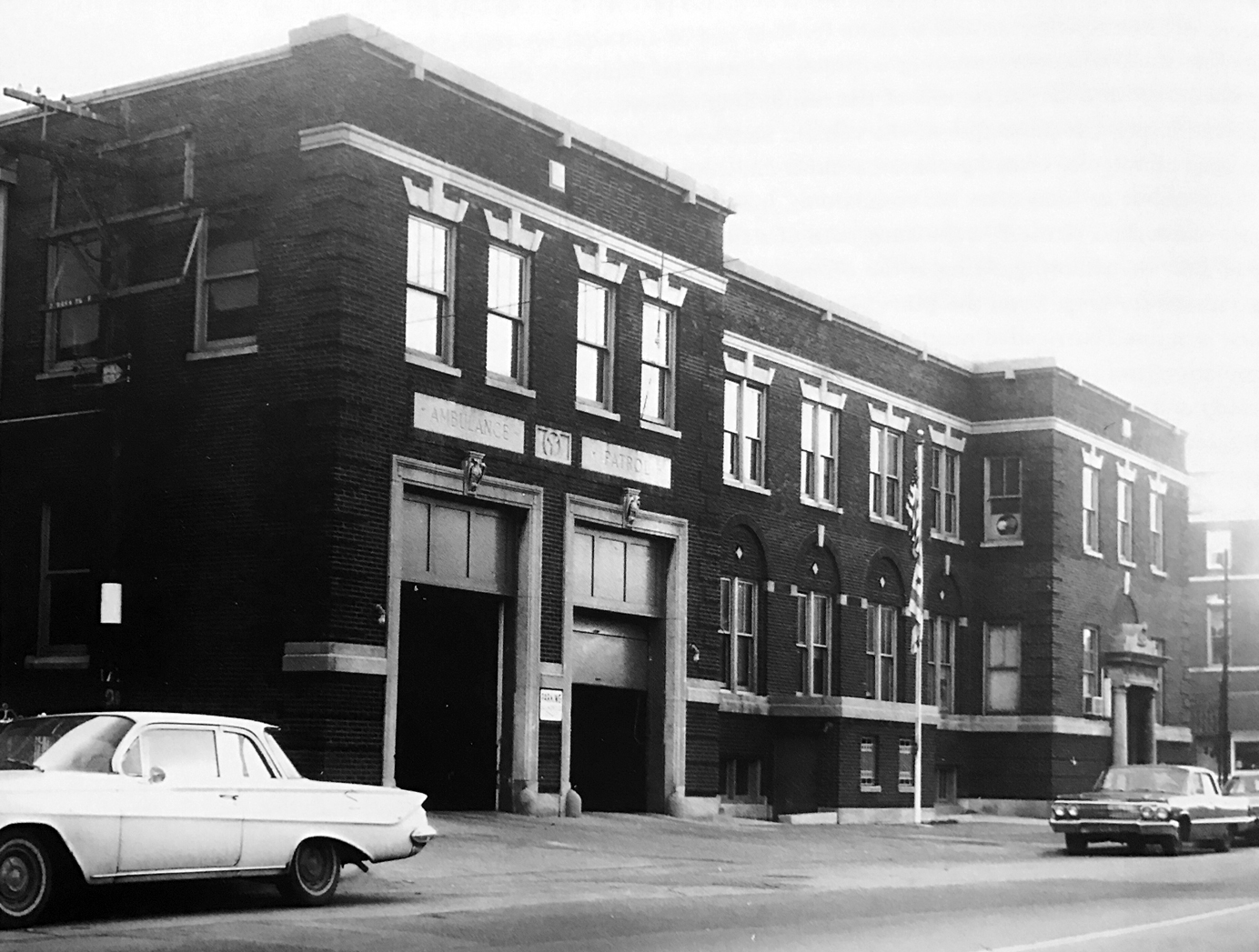 All 10 have pleaded innocent and been reassigned to less visible positions.

The credibility of witnesses on both sides has been a major controversy.

Prosecutors tout their witnesses as the people in the know. They say these convicts formed an alliance of convenience with the police so drug dealers could run a flourishing drug operation in which buyers queued up in cars, by foot, taxicab and bicycle for narcotics.

The defense says the accused are the victims of drug dealers who are testifying out of revenge for prior arrests and because they can get reduced sentences.

Three of these witnesses—Wilson, Milton Kelly and Green Smith, the ringleaders of lucrative narcotics rings and all serving lengthy prison sentences—have admitted they hoped for reduced sentences.

Kevin Bolger, another defense attorney, says of the government witnesses:

They’re all liars. They’re unbelievable, simply stated. And they should not be believed.

Some witnesses have taken the stand and admitted that, time after time, they have concocted stories.

Wilson, serving a 33-year federal prison sentence for his drug conviction, admitted he committed perjury in the federal trials of fellow drug ring members during the last two years.

The government also has delivered an informer who told how he got high almost every day and lied before a federal grand jury investigating the policeman; and a heroin addict who admitted he concocted a story about a police bribe.

Not all prosecution witnesses have been pushers, prostitutes or perjurers. There have been law-abiding citizens and the accusations and testimony against the policemen have frequently corroborated.

For the last seven weeks prosecutors have allowed witnesses to paint a detailed portrait of corruption—an insider’s view—loaded with detailed accusations of the 10 policemen taking cash, clocks, shoes, coats and boots and even a microwave oven.

These witnesses have said the policemen told ringleaders, “It’s going to snow” to warn them of raids, that they sold one officer an expensive car at a discount, and that one policeman threatened to close a drug ring when he worried about drugs being sold to white people.

It is this inside look that may bolster the case against the Marquette 10, some legal experts say.

Jon Waltz, a law professor at Northwestern University, says the prosecution can argue, “Who would you expect us to present? These defendants were dealing with criminals.

“Convicted felons are competent to give testimony,” Waltz said, but added that “jurors have a long history of disbelieving criminal witnesses. If a prosecution case stands or falls on the testimony of the convicted witnesses, the prosecution often falls.”

Geoffrey Stone, a law professor at the University of Chicago, also says the prosecution can argue that it is “inevitable a large number of witnesses are going to be of this ilk.”

He said the government can ultimately argue the “fact that someone is often a liar doesn’t mean he’s always a liar.”

Ten former Chicago policemen known as the “Marquette 10,“ convicted in 1982 of taking bribes to allow drug-peddling rings to flourish on the West Side, were resentenced Thursday to reduced prison terms.

U.S. District Judge John Grady, in an unusual resentencing hearing ordered by the U.S. Court of Appeals, cut the prison terms imposed in January, 1983, by as much as 5 years and 4 months. The men were ordered to report to prison by noon April 16.

“This is the end of the line,” said Thomas Royce, attorney for defendant Thomas Ambrose. “At some point they will be locked up in a federal penitentiary. . . . They know that.”

After a bitter three-month trial, they were found guilty by a jury on June 30, 1982, of accepting weekly bribes in exchange for allowing two 24-hour-a-day heroin rings to operate. Nine of the officers worked in the Marquette Police District on the West Side, and one, John DeSimone, was a gang-crimes detective.

The resentencing hearing was ordered after the appeals court gave a new interpretation of the statute the men were convicted of violating: aiding and abetting a continuing criminal enterprise. The court ruled that the statute, which carries a minimum sentence of 10 years in prison without parole, should apply only to “kingpins” rather than those who aided the operation. The original sentences were set aside to allow Grady to sentence the men without the restriction of the mandatory minimum.

Grady, in imposing the new sentences, said his feelings toward the defendants had not changed since the original sentencing, when he described them as “unmitigated evil.”

Under federal prison guidelines, prisoners sentenced without parole can earn release after serving two-thirds of their terms if they are on good behavior in prison.

Under the new sentences, the earliest the six could get out of prison would be after 8 years.

He had been home from jail only days when his many supporters, upwards of 500 of them, tossed one of the largest welcome parties ever accorded a man with his past.

For eight hours, ending at 2 a.m. on a recent spring day, William Guide’s friends, including defense lawyers Jo-Anne Wolfson and Rick Beuke, jammed the Home Run Inn on West 31st Street. Over pizza and endless pitchers of beer, the crowd, both happy and sad, had the last word on what became known as a police scandal but what the supporters deplored as a legal lynching.

In 1982, after a three-month trial, a federal court jury convicted Guide and nine other Chicago police officers, known as the “Marquette 10,” of accepting bribes to allow two 24-hour heroin rings to operate in the Marquette District. Witnesses against them included drug addicts and pushers, stool pigeons, thieves and a prostitute.

Several of the officers, convicted as members of a continuing criminal enterprise, received stiff sentences. All went to prison, and one died there. Guide and Dennis Smetanka, freed March 24, were the last to be released.

All 10 maintained their innocence, with some seeking vindication right up to their release, said Wolfson, reflecting the defendants’ bitterness that still remains.

Beuke and Guide grew up in the Garfield Ridge neighborhood.