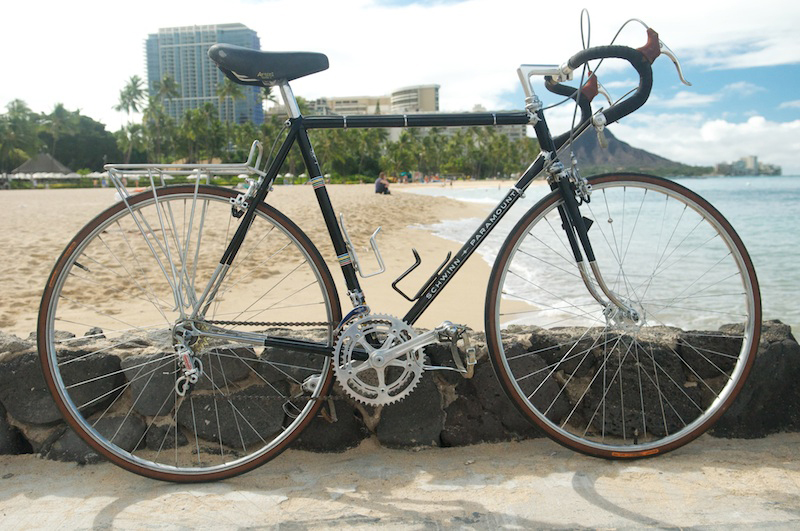 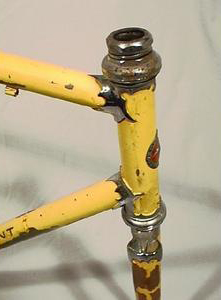 Back in 1996, while browsing through the Chicago Reader personals, I found a person selling a full chrome 1972 Schwinn Paramount P-13 for $500. This was my dream bike and even though the frame was slightly too large for me, I bought it anyway. The bike had one previous owner who only rode it along the Lake Shore Drive bike path on weekends.

After five years, the size of the frame was taking its toll and I decided to sell the frame and look for a smaller one to replace it. I bought a yellow 1974 P-10 on eBay that needed new paint and had it repainted by Waterford Precision Cycles, the original Schwinn Paramount factory in Waterford, Wisconsin. I then put the chrome frame on eBay and the winning bidder was a bike a collector in Chicago. The pictures below are the results of the restoration.

The difference between a P-10 (Racing) and P-13 (Touring) was the length of the wheelbase, and the P-10 used brazed-on lugs to hold the brake cables instead of the nice chrome Campagnolo clamps. 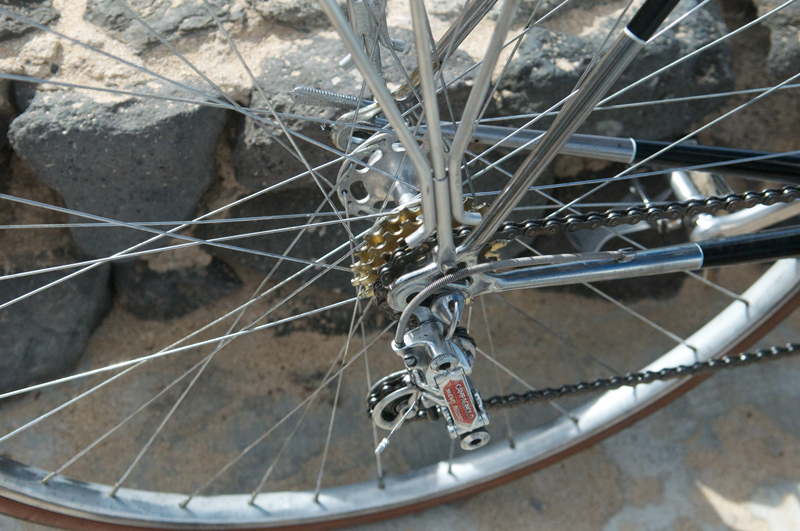 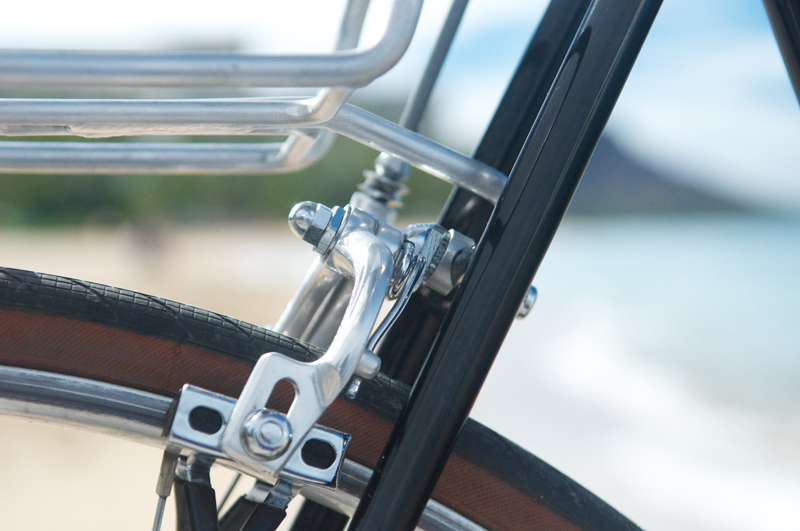 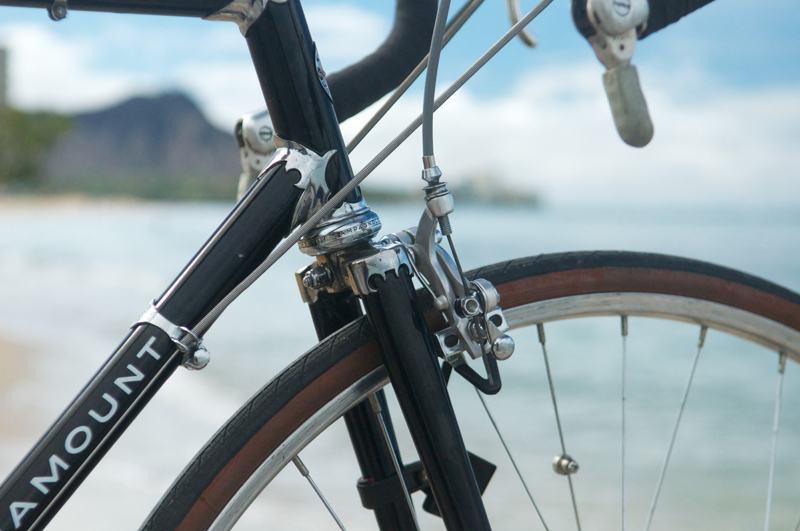 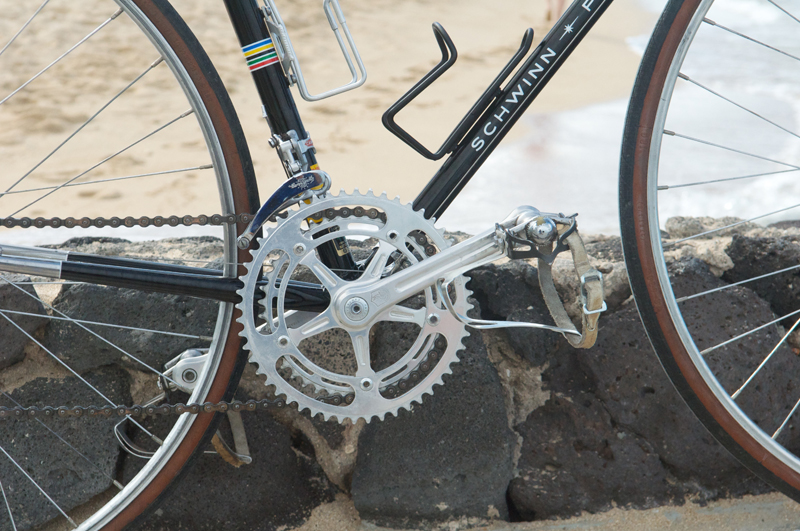 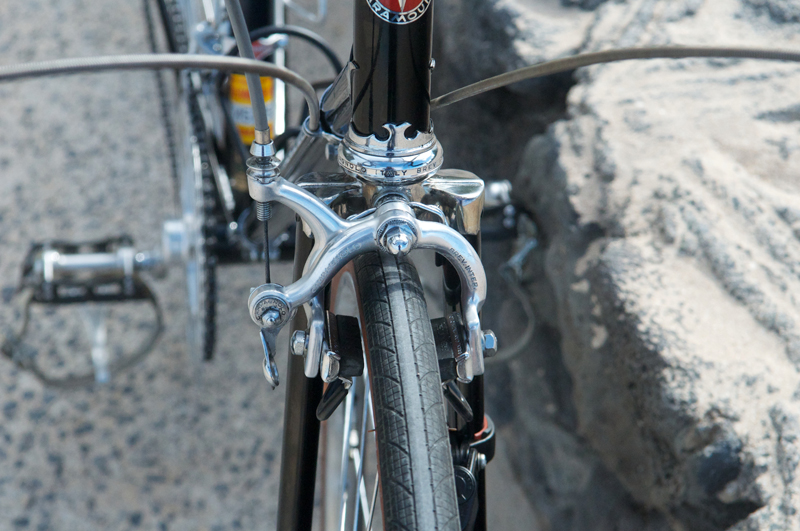 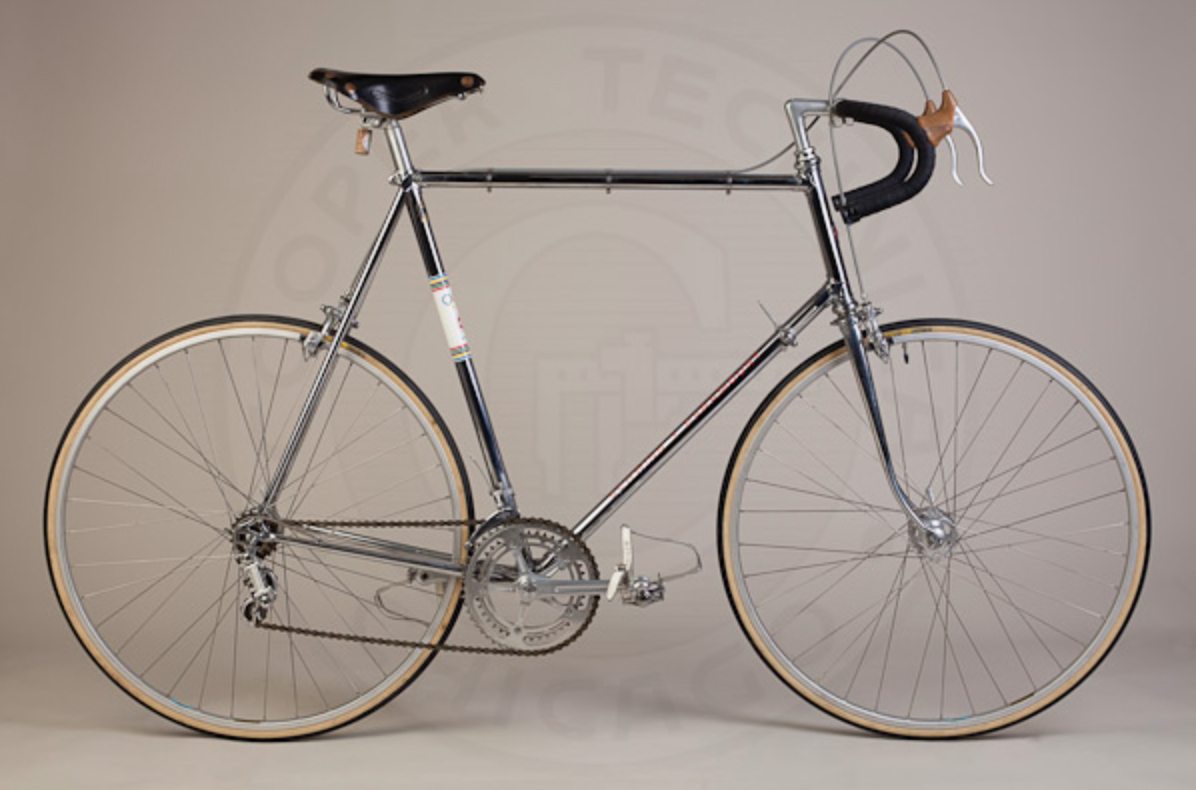 The original Schwinn Paramount chrome 25″ frame after it was sold.

To see more photos of the chrome Schwinn, go to Cooper Technica.