The Hawthorne Works was a large factory complex of the Western Electric Company in Cicero, Illinois. Named after the original name of the town, Hawthorne, it opened in 1905 and operated until 1983. At its peak of operations, Hawthorne employed 45,000 workers, producing large quantities of telephone equipment, but also a wide variety of consumer products. 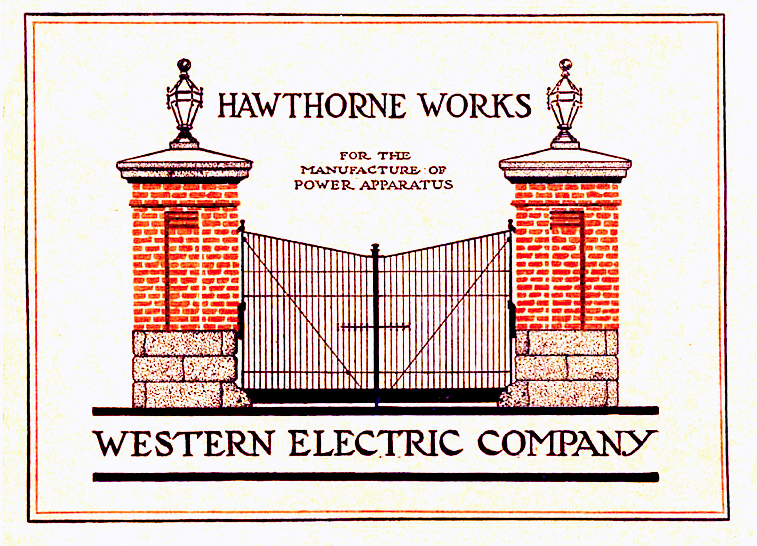 Hawthorne Works for the Manufacture of Power Apparatus
About 1920

HAWTHORNE—A CITY WITHIN A CITY

A Manufacturing Plant Which Has Its Own Police and
Fire Departments, Power House, Gas Works, and Water Supply

FROM a stretch of prairie to the largest manufacturing plant in Illinois in the brief span of a quarter of a century! Such has been the growth of that city within a city, the Western Electric Company’s great Hawthorne plant.

For more than sixty years Western Electric has been identified with Chicago. Its first workshop in Kinzie street employed only a handful of men, but the advent of the telephone brought about an era of swift and amazing expansion.

The Hawthorne plant, employing in normal times 30,000 Chicagoans, manufactures most of the telephone equipment for America. Its entire out’ put is consumed by the Bell System. In addition to this huge industrial center on the southwest margin of Chicago, the company maintains two other large plants in the East, and a chain of distributing houses reaching from coast to coast.

For many of its 18,000 varieties of raw materials Hawthorne is dependent on the rest of the world. The gold miner of Alaska, the mica digger of India, men and women of every land and clime are producing goods which enter into the manufacture of telephone equipment.

Physically, Hawthorne is a modern industrial plant with 86 buildings containing over 3,000,000 square feet of available floor space. One never suspects in viewing the exterior that behind these buildings is an inner court,
beautifully landscaped. There are winding streets and sidewalks, and seas of green lawns dotted with floral islands. Hawthorne is, in fact, a city in itself. It has its own police staff, a fire department, a completely equipped hospital, cooperative stores, a laundry, a railroad, a power house, a gas works, restaurants, and even its own water supply. Each month enough electricity is used to illuminate 450,000 average homes—enough to take care of a city the size of Memphis, Tennessee. In the same period gas enough to supply a city as large as Dallas, Texas, is generated and consumed. 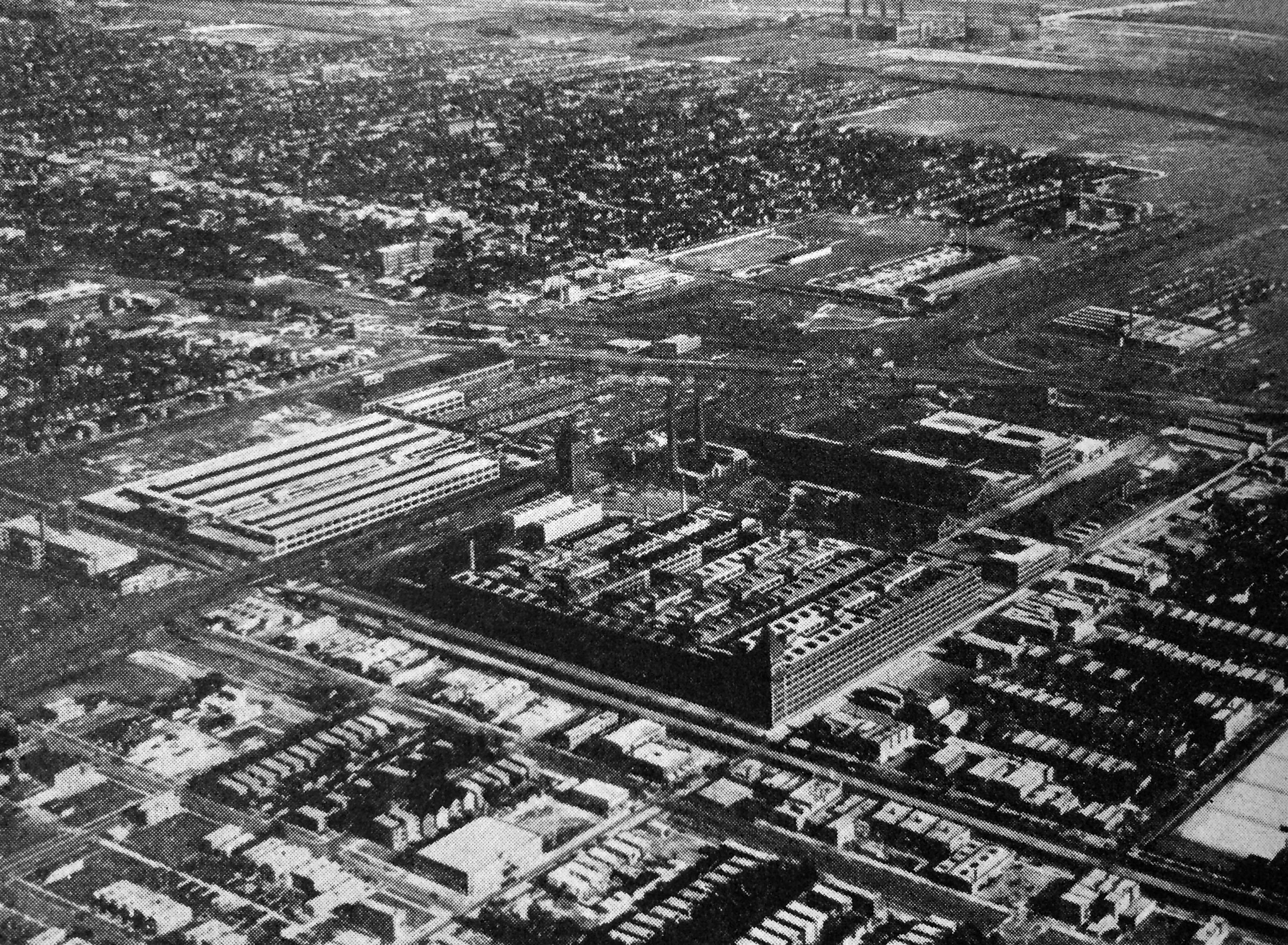 Mechanically, Hawthorne is the wonder workshop of the world. Nc where else is such compHcated apparatus built in such large quantities. There are 13,000 different pieces of telephone apparatus and 125,000 different kinds of parts are required in their production. These are made at the rate of more than six billion parts in a normal year—and made to such accurate dimensions that any part will fit any similarly designed telephone anywhere.

From a human standpoint, Hawthorne typifies America in that it is truly a great melting pot of the nations. While 80 per cent of the employees are native born, the other 20 per cent represent close to 60 different nationalities. An employees’ club, the Hawthorne Club, carries on an extensive social, athletic, educational and mutual welfare program that gives this widely diversified family a common meeting ground. 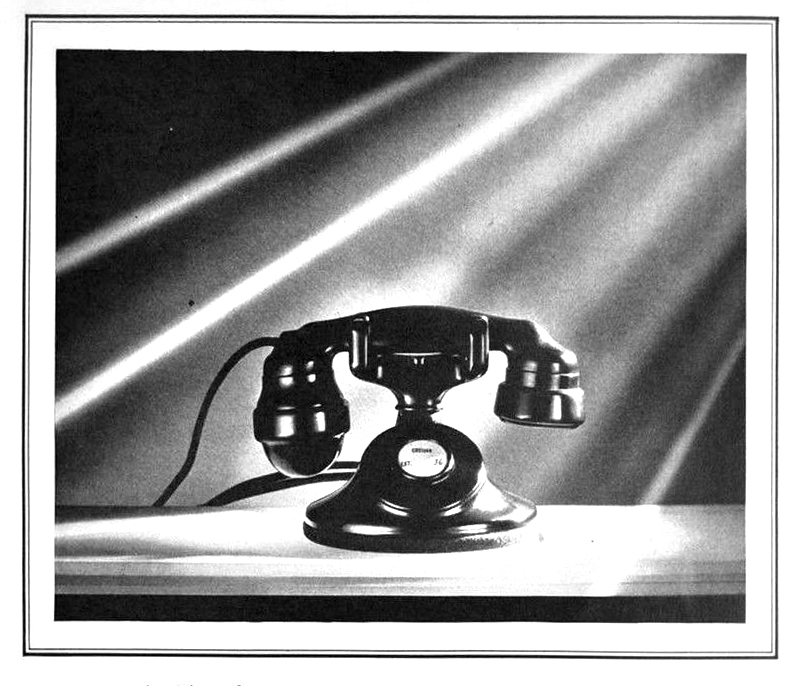