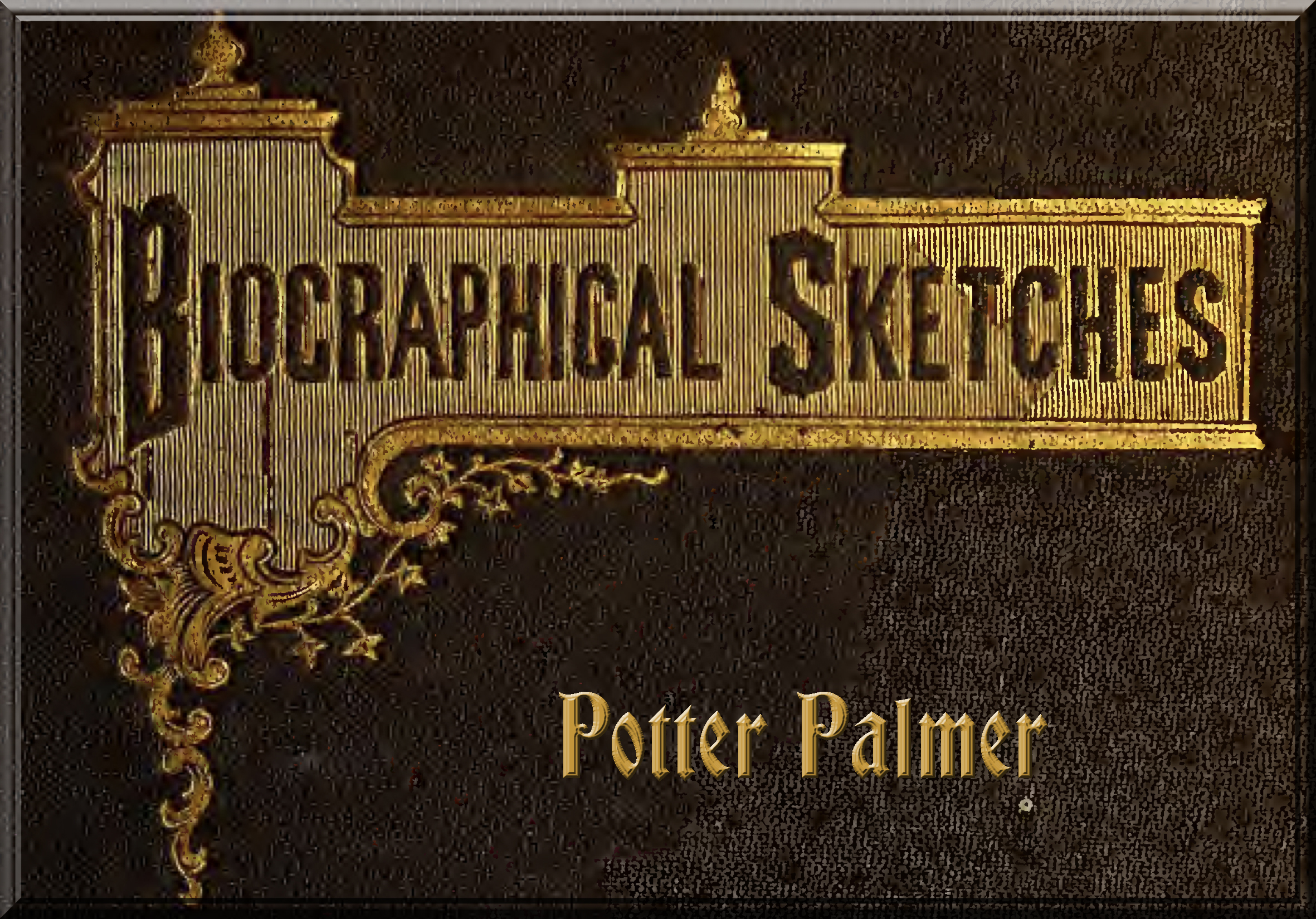 Potter Palmer, the first merchant prince of Chicago, is a native of Albany County, New York. His grandparents moved thither at an early day from New Bedford, Massachusetts. They were Quakers, as were most of the old families of that once important seaport town. During the Revolutionary War it was sacked by the British, the ancestors of Mr. Palmer being among the sufferers. One of his grandfathers was a mere lad at the time. The other grandfather, although only fifteen years of age, enlisted in the Army of Independence, and served with honor until he received a wound that made him a cripple for life. His father, Benjamin Palmer, was an extensive farmer. He died in 1859, being in the sixty-eighth year of his age. His mother, whose maiden name was Rebecca Potter, was born in 1793, and still survives. Both parents were members of the Quaker Society, and to their wise and gentle, yet firm, training Mr. Palmer is accustomed to attribute his success in life. More austere than the present standard of parental discipline requires, they taught him, from early boyhood, the preciousness of time, and when not at school he was expected to be at work. The habit of industry thus formed he has always adhered to, and it has enabled him, in after life, to conduct a business which required an incredible amount of labor. At the age of eighteen (1844), he was permitted to choose his occupation for life, and, having long cherished a preference for mercantile pursuits, he engaged in the store of Hon. Piatt Adams, in Durham, Greene County, New York, as a clerk, his employer being both banker and merchant. With him he remained three years, being, the third year, intrusted with the entire management of the concern. 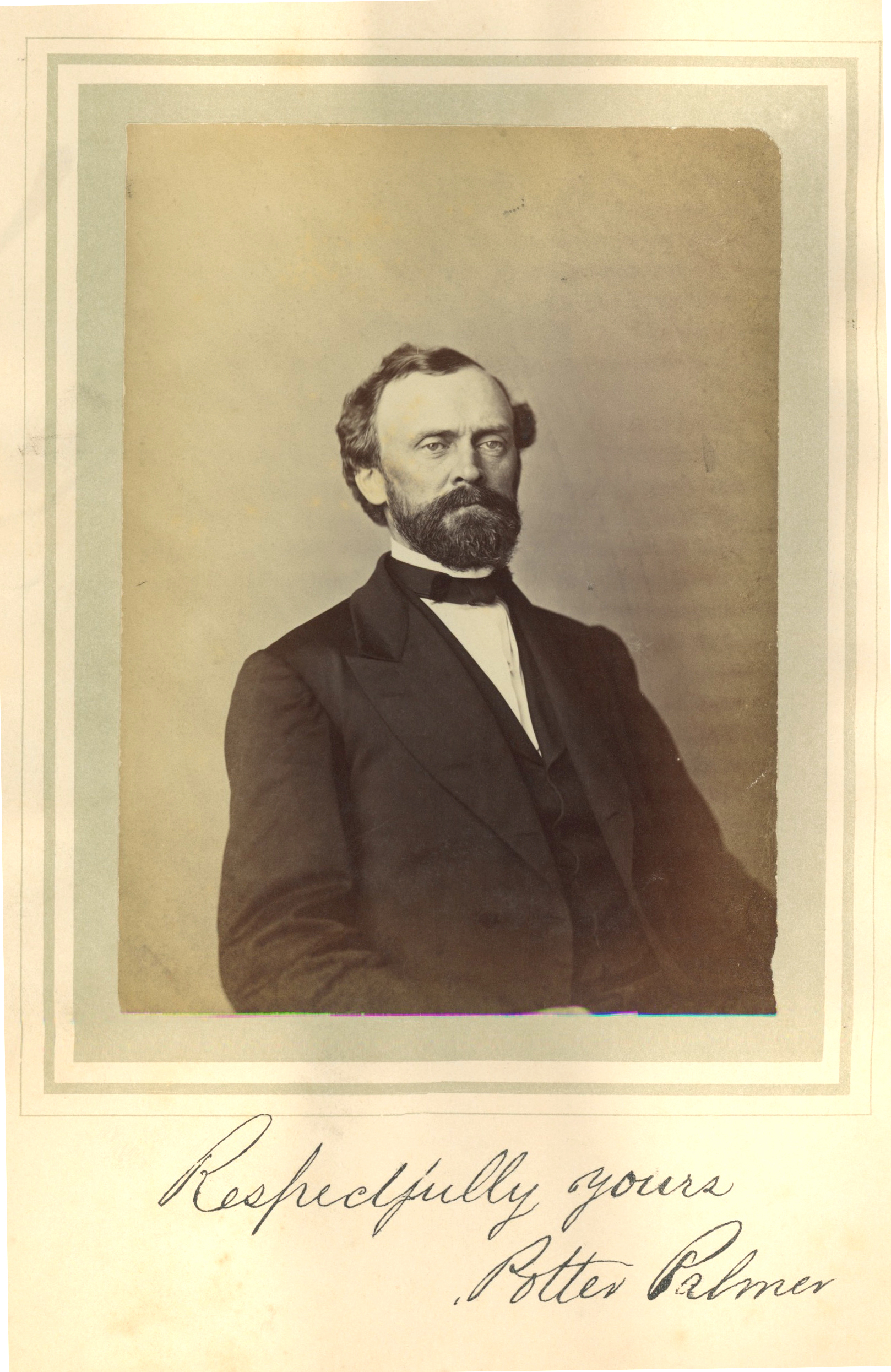 Arriving at his majority, he resolved to be his own master in the full sense of the term, and, accordingly, opened a store at Oneida, New York. He remained in business there only two years and a half. Oneida was a thrifty country village, but to a young man of Mr. Palmer’s large ideas and rare commercial talent it offered no adequate inducements for permanent settlement. He removed to Lockport, a much larger place, but continued there only one year. Believing that he possessed a talent to manage a larger business than it was possible to do here, he removed to Chicago, and opened a dry goods store. Commencing, at first, on a moderate scale, his trade steadily and rapidly increased until, after an experience of thirteen years, the name of Potter Palmer became familiar to the entire trading community of the West.

Mr. Palmer always had a true appreciation of the commercial facilities of Chicago, and did not hesitate to incur the risk demanded. The rise in goods soon after the commencement of the war found him with a full stock on hand; and here, again, his far-seeing judgment enabled him to take, at its ebb, the tide that led on to greater fortune, and, from the commencement of the war, he continued to carry immense amounts of goods, both here and in New York, reaping large gains from every advance, knowing as well when to sell as when to buy. After having accumulated a princely fortune, he retired from business in the winter of 1865, since which time he has resided mainly in the city of New York.

During the war, Mr. Palmer was unwavering and practical in his loyalty. He rendered himself specially serviceable to the Government by loaning it large amounts of money, undeterred by apprehension of failure or repudiation, and at the close of the war the Government was in his debt to the extent of over three-quarters of a million of dollars. For this he deserves the lasting gratitude of every patriot.

Since retiring from mercantile pursuits, Mr. Palmer has invested largely in real estate in Chicago, and has not been content to simply make judicious investments and then wait for the irresistible and rapid growth of the city to enhance the value of his property, but he has been, and at this time (1867) is still expending large amounts in improvements. The buildings that he has now in process of construction, together with those completed the present year, will cost over six hundred thousand dollars. The store commenced on the northeast corner of State and Washington streets is to be six stories high, four stories of which are to be of white marble of the finest quality, from the celebrated quarry at Canaan, Connecticut. This structure, when completed, will be the finest building devoted to trade in the United States. As an evidence of this, we may state that the marble front alone will cost, delivered here, over one hundred thousand dollars.

The great secret of Mr. Palmer’s remarkable success is to be attributed, in part, to his excellent judgment and tireless energy, but more to the fact that he has always been strictly honest and upright in his dealings. None of his large fortune has been accumulated at the expense of others; on the contrary, many are largely indebted to him for their present prosperity, while the city in which he accumulated his wealth, as in the past, will in the future be greatly benefited and adorned by a prolific expenditure of the large capital that a munificent Providence has placed at his disposal. 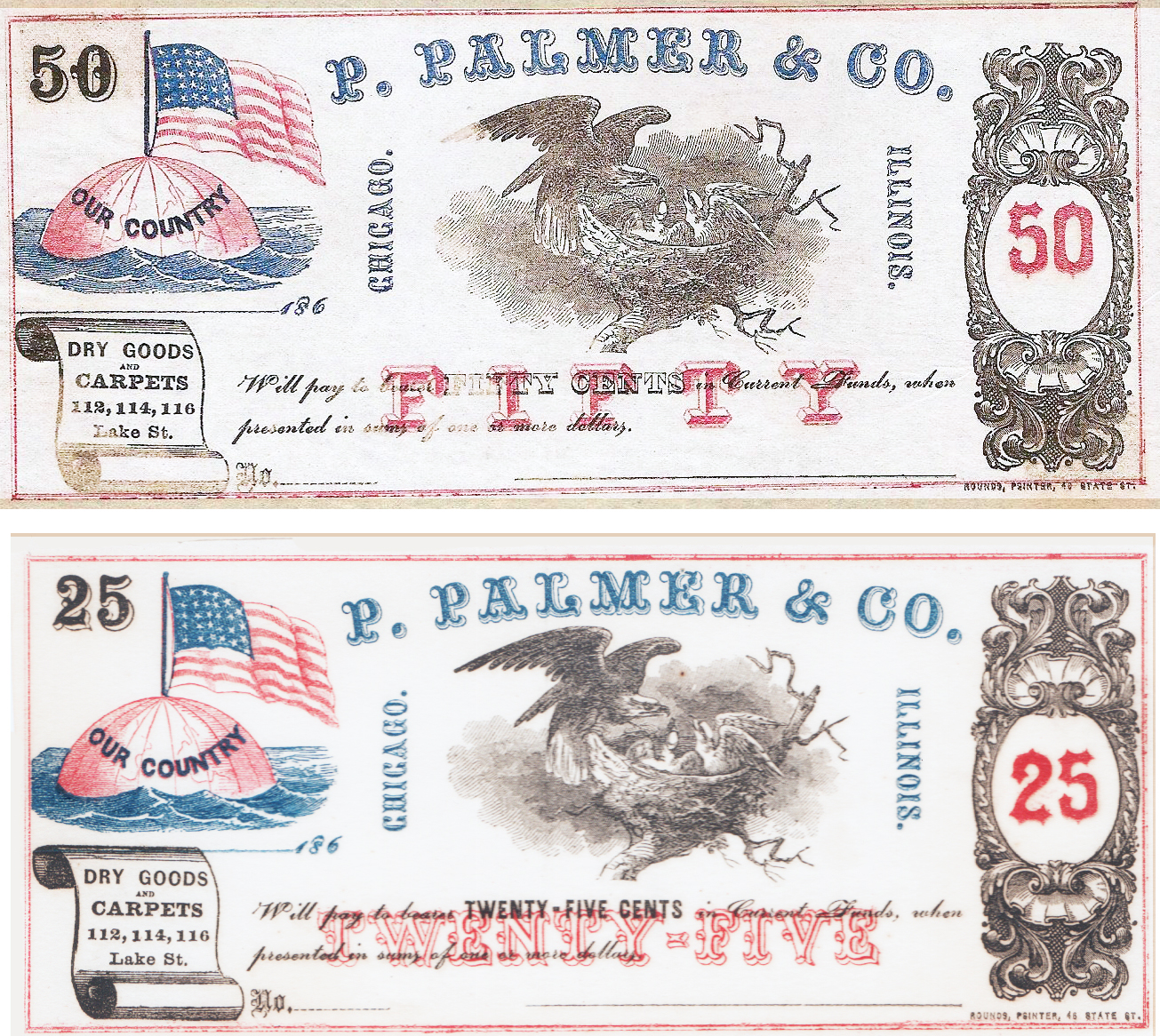